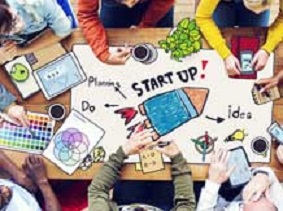 Eight startups in the education technology space funded by an angel network under Bengaluru-based Sylvant Advisors are looking to raise $6 million to fund their expansion.

Sylvant, an education advisory firm, is helping them raise funds from India and abroad. Sylvant was founded by Anand Sudarshan, who was formerly with Manipal Education.

Interestingly, in the last 10 years or so, there has been no blockbuster startup from the field of education. With its focus solely on education technology, Sylvant funds only those businesses that can make a difference to education in the long run, said Madan Padaki, who has co-founded Sylvant Advisors.

The vision of the group now is to make a difference to education system in India in next 10-15 years, he said.

Padaki said that they focus only on education as it is a very complex structure to work with. “It is the only business where the user, consumer, influencer, beneficiary are all different,” Padaki told Business Standard while explaining the complexity of education business. It also has complicated sales cycles, he added.

Also, the whole model changes if you go to the customer, instead of the school, he says, explaining another dimension to the complexity of the vertical.

“Sylvant will focus on capex-light businesses, and the ones that are technology-driven,” said Sudarshan. Citing an example, he said they have invested in a company that has developed a mobile-based suite of apps for school management.

As a fund solely focussed on education, Sylvant has invested in GuruG, a teacher training gamification platform for tribal schools that has currently been implemented in Maharashtra and Karnataka; it has invested in Lodestar, an education venture in the area of career counselling which was founded by Murlidhar S, who was the co-founder and CEO of MeritTrac Services along with Padaki; Entlogics, which has a mobile-based school management system; Lab in App, a venture which makes simulated experiments on PC and tablets; then a Chennai-based firm Littlemore Innovation Labs, which has developed a writable exam device that obviates the need for paper and pen. Littlemore has conducted over 45,000 exams on tablets, including for the Tamil Nadu Agriculture University.

The group has so far raised about Rs 6 crore for three of the companies which came from Indian funds and angel investors.