Punjab Govt to set up PG Institute of Horticulture 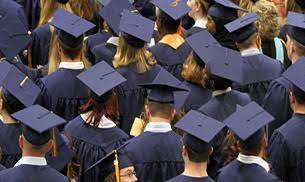 The Punjab Government announced that it is going to set up a Post Graduate Institute of Horticulture Research and Education. The institute will be established at Amritsar.

Once this institute come up, Punjab will become a leading state in horticulture research and the crop diversification projects will scale new heights, said a horticulture department spokesperson in Chandigarh. The institute will promote growth of horticulture sector, which will cover areas of research, technology promotion and extension, post harvest management processing and marketing, he said.

He further added that the government is committed to provide basic amenities to improve the productivity by quality germplasm and planting material. It also wants to promote efficiency through micro-irrigation. These provisions come under the National Horticulture Mission. As a result, the horticulture production would enhance to augment the farmers' income and strengthen nutritional security, he said.

In order to decide upon a site for the institute, a high-powered team comprising officials from Indian Council for Agricultural Research (ICAR), state horticulture department and Punjab Agricultural University have visited half-a-dozen locations at Amritsar, near the mixed fruit orchard at Attari on the international border. Initially, Attari orchard was the option, but the team also visited several other locations to come up with the best possible option.

The team has suggested that the campus be set up near a city with ample available land nearby for research purpose, he added.