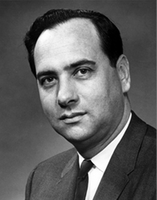 Theodore Harold "Ted" Maiman was an American Engineer and physicist credited with the invention of the first working laser.Maiman’s laser led to the subsequent development of many other types of lasers.The laser was successfully fired on May 16, 1960. In a July 7, 1960 press conference in Manhattan,Maiman and his employer, Hughes Aircraft Company, announced the laser to the world.Maiman was granted a patent for his invention,and he received many awards and honors for his work. Maiman's experiences in developing the first laser and subsequent related events are described in his book, The Laser Odyssey.

Maiman attended the University of Colorado, earning a Bachelor of Science in Engineering Physics. His graduate studies were at Stanford University (M.S. in electrical engineering, PhD in physics). His doctoral thesis in experimental physics, under the direction of future Nobel Laureate Willis Lamb, involved microwave-optical measurements of fine structure splittings in excited helium atoms. The doctoral thesis produced jointly submitted papers to the Physical Review (June 1955 and January 1957).

In January 1956, Maiman started work at Hughes Atomic Physics Department (Culver City , California), where he headed the ruby maser project for the US Army Signal Corps. He dramatically improved the performance and design of the maser (reducing its weight from the original 5,000 lbs to 25 lbs) and delivered it on time.

He further refined the maser design, so that the final version worked with liquid nitrogen cooling (previous versions required lower temperatures and worked with liquid helium), and weighed only 4 pounds. He completed the maser project in the summer of 1959 and in August he was finally able to divert his attention to the laser concept, despite of lack of support from Hughes. The "race" to build the laser was in full speed.

Thanks to his independent attitude, he won the "race". In May 1960, he demonstrated the laser in action, from a ruby crystal in his laboratory at Hughes in Malibu, where the company had recently moved. It is important to note that Hughes' total expenditures in the period of laser development amounted to about $50,000, while other research groups spent millions of dollars in their unsuccessful struggles to obtain the coherent light.

On June 22 of that year, Maiman sent a paper to the Physical Review Letters about his achievement, but received a letter of rejection stating that the publisher was no longer interested in maser related papers. Next, he sent a short version of his paper to the British journal "Nature". Consequently, the first scientific report about the first laser appeared on August 6, 1960 not in the USA but in Great Britain. The paper was titled "Stimulated Optical Radiation in Ruby" (Nature, 1960, v.187, P.493).

From 1976 to 1983, Maiman was Vice President of Advanced Technology and New Ventures for the Electronics and Defense sector of TRW. He was instrumental in organizing and launching TRW's commercial LSI Products Division, and he introduced fiber-optics technology and advanced array processor products to the company. 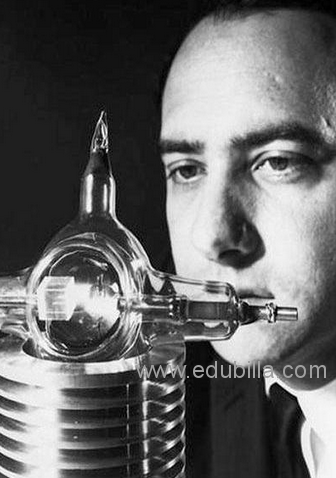 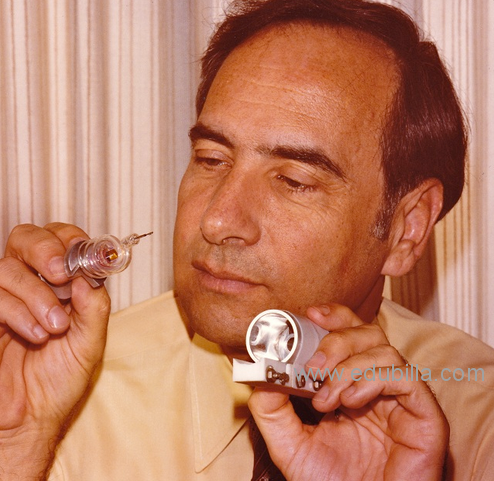