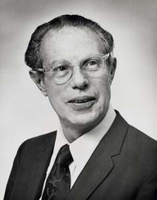 Robert Adler invented the first workable wireless remote control for television. Born in Austria, he earned his doctorate in physics at Vienna, then fled the Nazis, first coming to England, then America, where he was hired by Zenith in 1941.

His colleague at Zenith, Eugene Polley, devised a remote control that worked by sending an ordinary beam of light, but Polley's model never got past the lab, because if the television happened to be in a sunny corner or in a well-lit room it would change channels by itself. Adler's innovation was to use sound instead of light, replacing the light beam with high-frequency magnetostrictive oscillators that mechanically sounded an ultrasonic gong, which told the television what to do. No royalties were at stake, since both Adler and Polley were Zenith employees, so the company credited both men as the wireless remote's co-creators. Zenith already offered a wired remote control, but customers had complained of tripping on the heavy cable that ran from the controller into the set.

Introduced in 1956 and marketed as "Zenith Space Command", Adler's early remotes were about the size of a paperback book and had two switches -- channel up or down, and volume increase or decrease. The company promoted the new devices with the advertising line, "Nothing between you and the TV but space!" More than nine million television sets with Adler and Polley's remote control were sold before the industry moved on to the next-generation remote, powered by infrared light. The two inventors shared a special Emmy in 1998. Adler himself rarely watched television, and said that the remote control was nice, but he was always more proud of developing a noise-gated synch clipper and automatic gain control system that improved television reception, especially in areas far from the broadcast source.

He also made important improvements to low-noise traveling-wave tubes, advanced the stability of electron beams through parametric amplification, and held nearly 200 other patents. Adler was Jewish, but marked the annual approach of Christmas in his early years at Zenith with an informal concert on the building's public address system, twisting the dials of a conventional audio oscillator to play Christmas carols. He received his last patent, for an improvement to touchscreen controls, two weeks before his death in 2007. 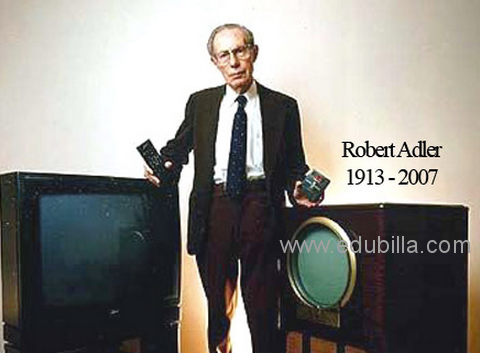 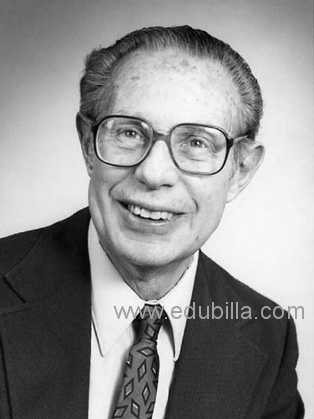