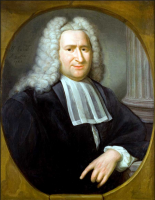 Pieter van Musschenbroek was a Dutch scientist. He was a professor in Duisburg, Utrecht, and Leiden, where he held positions in mathematics, philosophy, medicine, and astrology. He is credited with the invention of the first capacitor in 1746: the Leyden jar. He performed pioneering work on the buckling of compressed struts. Musschenbroek was also one of the first scientists (1729) to provide detailed descriptions of testing machines for tension, compression, and flexure testing.An early example of a problem in dynamic plasticity was described in the 1739 paper (in the form of the penetration of butter by a wooden stick subjected to impact by a wooden sphere).

Van Musschenbroek attended Latin school until 1708, where he studied Greek, Latin, French, English, High German, Italian, and Spanish. He studied medicine at Leiden University and received his doctorate in 1715.He also attended lectures by John Theophilus Desaguliers and Isaac Newton in London. He finished his study in philosophy in 1719.

Musschenbroek's Elementa Physica (1726) played an important part in the transmission of Isaac Newton's ideas in physics to Europe.In November 1734 he was elected a Fellow of the Royal Society.

In 1739, he returned to Leiden, where he succeeded Jacobus Wittichius as professor.

Already during his studies at Leiden University Van Musschenbroek became interested in electrostatics. At that time, transient electrical energy could be generated by friction machines but there was no way to store it. Musschenbroek and his student Andreas Cunaeus discovered that the energy could be stored, in work that also involved Jean-Nicolas-Sébastien Allamand as collaborator.The apparatus was a glass jar filled with water into which a brass rod had been placed; and the stored energy could be released only by completing an external circuit between the brass rod and another conductor, originally a hand, placed in contact with the outside of the jar. Van Musschenbroek communicated this discovery to René Réaumur in January 1746, and it was Abbé Nollet, the translator of Musschenbroek's letter from Latin, who named the invention the 'Leyden jar'.

Soon afterwards, it transpired that a German scientist, Ewald von Kleist, had independently constructed a similar device in late 1745, shortly before Musschenbroek. 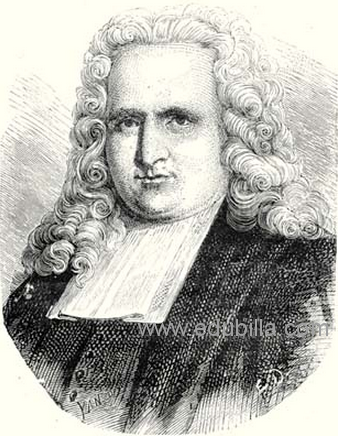 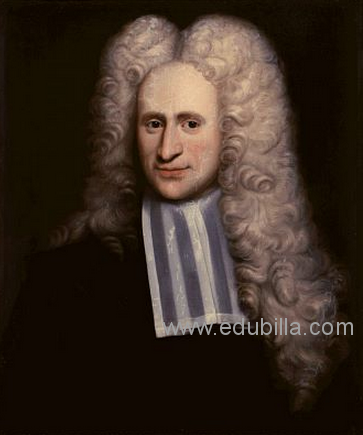