Miller Reese Hutchison (1876–1944) was an American electrical engineer and inventor. He developed some of the first portable electric devices, such as a vehicle horn and a hearing aid.

Hutchison was born August 6, 1876 in Montrose, Alabama. His father was William Hutchison and mother born Tracie Elizabeth Magruder. He attended Marion Military Institute from 1889 through 1891, Spring Hill College 1891 through 1892, the University of Mobile Military Institute from 1892 through 1895, and graduated from Auburn University (then called Alabama Polytechnical Institute) in 1897.While still in school he invented and patented a lightning arrester for telegraph lines in 1895.At the outbreak of the Spanish–American War in 1898, he volunteered and was appointed engineer for the United States Lighthouse Board, laying cables and mines to protect harbors in the Gulf of Mexico.

Hutchison was the inventor of the first electrical hearing aid, called the Akoulathon when it was first developed around 1895. It was also known as the microtelephone since it was essentially a self-contained version of the early telephone as invented by Alexander Graham Bell in the 1870s. His hearing aid was an electrical analog of the ear trumpet: a large carbon microphone called the "transmitter" captured the sound and delivered it to a small carbon "receiver", which in turn delivered its output to the ear through headphones. Hutchison's interest in the invention stemmed from a childhood friend, Lyman Gould, who was deaf from scarlet fever. Besides his training in engineering, Hutchison had attended classes at the Medical College of Alabama to study the anatomy of the ear. He formed the Akouphone Company in Alabama to market the device, but the original bulky tabletop form was not practical.

After the Spanish–American War Hutchison went to Europe to promote his hearing aids. Several members of royal families were known to suffer from hereditary hearing loss. Queen Alexandra of Denmark was so happy with the results, she invited Hutchison to the coronation ceremony in 1902 when her husband became King Edward VII of the United Kingdom.Around this time he moved to New York to continue improving the device and inventing others.

By 1902, he had refined the hearing aid into a more portable form powered by batteries, which he then called the Acousticon.The American press called the device a "miracle", and Hutchison helped by staging publicity events, such as having Metropolitan Opera lead singer Suzanne Adams photographed singing to formerly deaf people.He exhibited at the Louisiana Purchase Exposition, the world's fair in St. Louis, Missouri in 1904. Medical experts discovered the device had several drawbacks. Frequency and dynamic range were limited, and those who had total hearing loss were not helped. Batteries were still bulky and need to be changed often. However it was still regarded as "the best electrical aid for the semi-deaf yet devised."He also developed related devices known as the Akou-Massage (renamed the Massacon), and Akoulalion, which converted audio into vibrations, to help those with more profound hearing loss. They were widely adopted by schools for the deaf in the US and Europe.

In 1905 Hutchison turned over the rights for the Acousticon to Kelley Monroe Turner (1859–1927). Turner would improve hearing aids (such as adding a volume control) and apply the technology to other products. One was the dictograph, which was an early hands-free inter-office intercom system. Turner's General Acoustic Company was renamed Dictograph Products Company because of the market success of the dictograph. One of the first electric eavesdropping devices was called the Detective Dictograph, announced in 1910.The carbon technology for hearing aids was used until the miniature vacuum tube replaced it in the 1940s. Advertisements in 1947 still carried the Acousticon brand name, and invoked Queen Alexandra's coronation image of 45 years earlier; model names were "Coronation" and "Imperial". 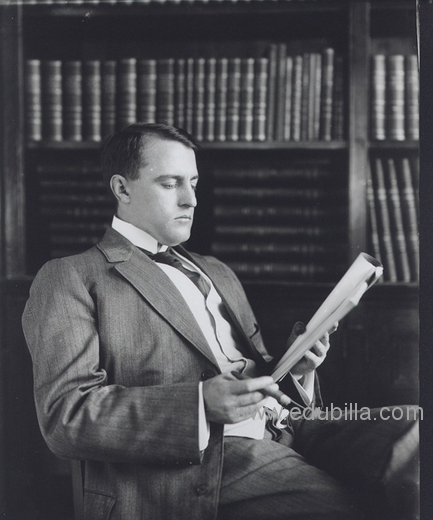