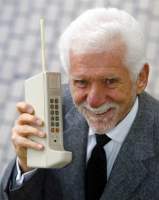 Martin "Marty" Cooper is an American pioneer and visionary in the wireless communications industry. With eleven patents in the field, he is recognized as an innovator in radio spectrum management.

While at Motorola in the 1970s, Cooper conceived the first handheld mobile phone (distinct from the car phone) in 1973 and led the team that developed it and brought it to market in 1983.He is considered the "father of the cell phone" and is also cited as the first person in history to make a handheld cellular phone call in public.

Cooper is co-founder of numerous successful communications companies with his wife and business partner Arlene Harris; also known as the "first lady of wireless."He is currently co-founder and Chairman of Dyna LLC, in Del Mar, California. Cooper also sits on committees supporting the Federal Communications Commission and the United States Department of Commerce.

Cooper graduated from Illinois Institute of Technology (IIT) in 1950. After graduating he enlisted in the U.S. Naval Reserves where he served as a submarine officer during the Korean War.In 1957 Cooper went on to earn his Master's degree from IIT in electrical engineering and in 2004 IIT awarded Cooper an honorary doctorate degree. He serves on the University's Board of Trustees.

Cooper left his first job at Teletype Corporation in Chicago in 1954 and joined Motorola, Inc. (Schaumburg, Illinois) as a senior development engineer in the mobile equipment group. He developed many products including the first cellular-like portable handheld police radio system, produced for the Chicago police department in 1967.

By the early 1970s, Cooper headed up Motorola's communications systems division.Here he conceived of the first portable cellular phone in 1973 and led the 10-year process of bringing it to market.Car phones had been in limited use in large U.S. cities since the 1930s but Cooper defied the industry's narrow vision of car phones and championed cellular telephony for personal, portable communications.Cooper knew that people needed freedom that comes from anytime, anywhere telephony. He knew the cellular phone should be a "personal telephone – something that would represent an individual so you could assign a number; not to a place, not to a desk, not to a home, but to a person."Cooper has stated his vision for the handheld device was inspired by Captain James T. Kirk using his Communicator on the television show Star Trek.

Top management at Motorola was supportive of Cooper's mobile phone concept; investing $100 million between 1973 and 1993 before any revenues were realized.Cooper assembled a team that designed and assembled a product that had never been built; a task they accomplished in less than 90 days. That original handset, called the DynaTAC 8000x (DYNamic Adaptive Total Area Coverage) weighed 2.5 pounds, measured 10 inches long and was dubbed "the brick" or "the shoe" phone.A very substantial part of the DynaTAC was the battery which weighed 4 to 5 times more than a modern cell phone.Additionally, the phone had only 20 minutes of talk time before requiring a 10-hour recharge but according to Cooper, "The battery lifetime wasn't really a problem because you couldn't hold that phone up for that long!" By 1983 and after four iterations, the handset was reduced to half its original weight.

Cooper is the lead inventor named on "radio telephone system" filed on October 17, 1973 with the U.S. Patent Office and later issued as U.S. Patent 3,906,166.John Francis Mitchell, Motorola's Chief of Portable Communication Products (and Cooper's Manager and Mentor) and the engineers who worked for Cooper and Mitchell are also named on the patent.

On April 3, 1973 Cooper and Mitchell demonstrated two working phones to the media and to passers-by prior to walking into a scheduled press conference at the New York Hilton in midtown Manhattan. Standing on Sixth avenue near the Hilton, Cooper made the first handheld cellular phone call in public from the prototype DynaTAC.The call connected him to a base station Motorola had installed on the roof of the Burlingame House (now the Alliance Capital Building) and into the AT&T land-line telephone system.Reporters and onlookers watched as Cooper dialed the number of his chief competitor Dr. Joel S. Engel, who was head of Bell Labs."Joel, this is Marty. I'm calling you from a cell phone, a real handheld portable cell phone."That public demonstration landed the DynaTAC on the July 1973 cover of Popular Science Magazine.As Cooper recalls from the experience: "I made numerous calls, including one where I crossed the street while talking to a New York radio reporter – probably one of the more dangerous things I have ever done in my life."

That first cell phone began a fundamental technology and communications market shift to making phone calls to a person instead of to a place.Bell Labs had introduced the idea of cellular communications in 1947 but they wanted the first system limited to car phones which required roughly 30 pounds of equipment in the trunk.The technological breakthrough engineered by Cooper demonstrated the kind of creative innovation that competition could bring; resulting in a major achievement for Motorola. They gained Federal Communications Commission (FCC) approval for cellular licenses to be assigned to competing entities and prevented an AT&T monopoly on cellular service.

Cooper rose through the ranks to become Vice-President and Corporate Director of Research and Development at Motorola.In addition to his ground-breaking work on the mobile cellular phone, Cooper was instrumental in significantly expanding the technology of pagers from use within a single building to use across multiple cities.He also fixed a flaw in quartz crystals used in Motorola's radios which encouraged the Company to mass-produce the first crystals used in wrist watches.

In 1983, the first commercial cellular phone service began operation in the United States and the DynaTAC phone became available to consumers at a list price of around $4,000 ($9,000 in 2011 dollars) but Cooper left Motorola before the launch. In that same year, he co-founded Cellular Business Systems, Inc. (CBSI) and helped lead it to dominate the cellular billing industry with 75 percent market share. In 1986, Cooper sold CBSI to Cincinnati Bell (now Convergys) for $23 million.

Cooper and his wife Arlene Harris founded Dyna LLC in 1986 as a home base for their various developmental and support activities surrounding the incubation of new ideas and new companies. Subscriber Computing Inc., Cellular Pay Phone, Inc. (CPPI), SOS Wireless Communications and Accessible Wireless; the later two of which together created the underpinning for the creation of GreatCall, were all launched from Dyna LLC.

From his Dyna headquarters Cooper continues to write and lecture around the world about wireless communications, technological innovation, the Internet and R&D management. He also serves on a variety of industry, civic and national governmental groups including the U.S. Department of Commerce Spectrum Advisory Committee that advises the Secretary of Commerce of the United States on spectrum policy and the Federal Communication Commission's (FCC) Technological Advisory Council.

In 1986 Cooper co-founded Cellular Payphone Inc. (CPPI), the parent company of GreatCall, Inc. – Innovator of the Jitterbug cell phone (in partnership with Samsung).GreatCall is the first complete end-to-end value-added service provider in the cellular industry to focus on simplicity with primary emphasis on boomers and senior citizens.

In 1992 Cooper co-founded Arraycomm a developer of software for mobile antenna technologies used for both mobile telephones and long-range wireless internet. Under his leadership, the Company grew from a seed-funded startup in San Jose, California into the world leader in smart antenna technology with 400 patents issued or pending, worldwide.

2009 – Prince of Asturias Award for scientific and technical research. 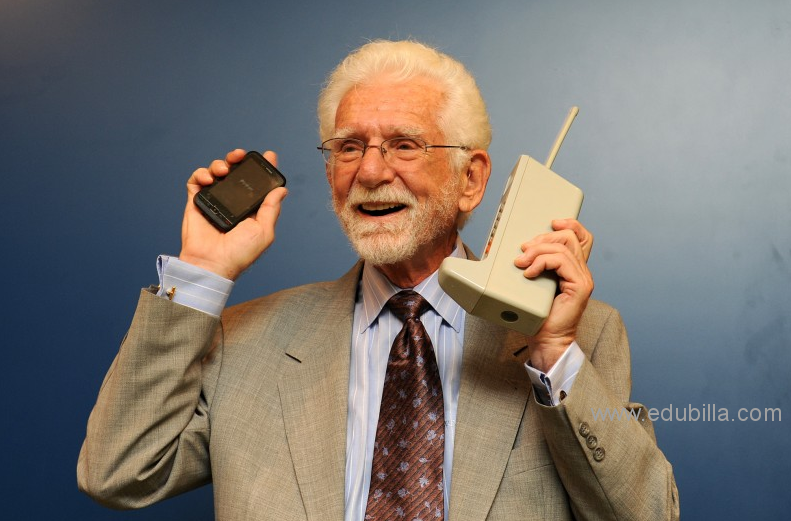 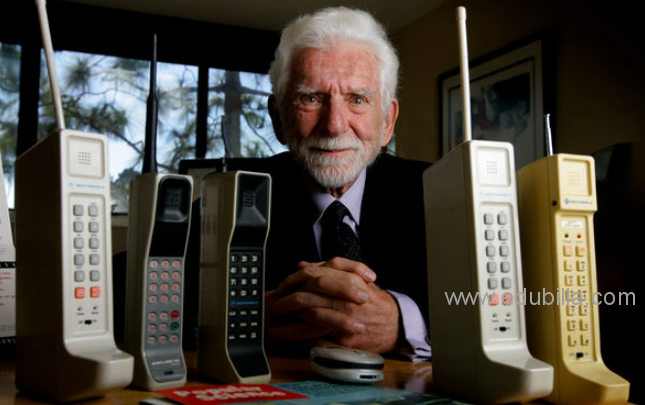