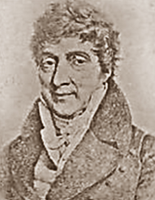 Louis-Sébastien Lenormandn was a French physicist, inventor and pioneer in parachuting. He is considered the first human to make a witnessed descent with a parachute and is also credited with coining the term parachute (from the Greek para – "against", and French chute – "fall"). After making a jump from a tree with the help of two modified umbrellas Lenormand refined his contraption and on December 26, 17831 jumped from the tower of the Montpellier observatory in front of a crowd that included Joseph Montgolfier, using a 14 foot parachute with a rigid wooden frame. His intended use for the parachute was to help entrapped occupants of a burning building to escape unharmed. Lenormand was succeeded by André-Jacques Garnerin who made the first parachute descent from high altitude (in a gondola detached from a balloon) with the help of a non-rigid parachute on October 22, 1797, and his wife Jeanne Geneviève Labrosse who made a similar descent two years later.

Lenormand was born in Montpellier in 1757 as the son of a clockmaker. From 1775–80 he studied physics and chemistry under Lavoisier and Berthollet in Paris, where he also got involved with the administration of saltpeter. In this position he learned of the use of scientific and mathematical knowledge in the production of gunpowder. After returning to Montpellier he worked in his father's shop while immersing himself in the intellectual community of the city and starting his experiments with parachuting, inspired by the performance of a Thai equilibrist who used a parasol for balance. Before performing the public jump from the observatory tower, Lenormand tested his parachutes using animals.

Career as "professor of technology"

After this public demonstration Lenormand devoted himself to establishing the science of "pure technology". To this end, he first became a Carthusian monk, as the monastery in Saïx near Castres allowed him to continue his "profane" studies. When during the French Revolution he had to renounce his priesthood and marry, he moved to Albi to teach technology at a college newly founded by his father-in-law. In 1803 he moved to Paris where he obtained a job at the excise office, part of the finance ministry. During his time at the excise office Lenormand started publishing in technology journals and filed patents for a paddle boat, a clock (successfully installed at the Paris Opera) and a public lighting system. When he was removed from his job in 1815, Lenormand got involved even more in publishing, first establishing the Annales de l’industrie nationale et étrangère (Annals of national and foreign industry") and the Mercure technologique, and, starting in 1822 and continuing until 1837, twenty-volumes of Dictionnaire technologique. During that time, he also published manuals on such diverse topics as foodstuff and bookbinding.

In 1830, Lenormand returned to Castres and, following his estrangement from his wife and her family, renounced his marriage and resumed his religious life as "Brother Chrysostom". He died in Castres in December 1837. In his death certificate, his profession was given as "professor of theology" as the term "technology" was still too new at the time. 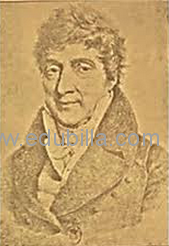