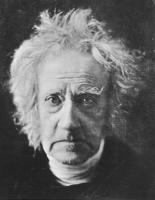 John Herschel (1792 – 1871) was an English polymath, mathematician, astronomer, chemist, inventor, and experimental photographer, who in some years also did valuable botanical work.He was the son of Mary Baldwin and astronomer William Herschel and the father of twelve children.

An only child, John was educated briefly at Eton and then privately. In 1809 he entered the University of Cambridge in the company of Charles Babbage, mathematician and inventor of the computer, and George Peacock, also a mathematician and later a theologian. In 1812 they founded the Analytical Society of Cambridge to introduce continental methods of mathematical calculus into English practice. They did so by replacing the cumbersome symbolism of Newton with the more efficient type invented by the German philosopher and mathematician Gottfried Wilhelm Leibniz. John’s exceptional abilities were quickly recognized: in 1812 he submitted his first mathematical paper to the Royal Society, for which he was elected a fellow the following year. In 1813 he earned first place in the university mathematical examinations.

In 1814 John began to study for the bar in London, but he was not happy with his choice and discontinued his studies in the summer of 1815 when he became seriously ill; after convalescence he returned to Cambridge as a mathematics teacher. He left Cambridge again in 1816 to assist his renowned father in astronomical research. Through his work with his father, he gained the full benefit of the aged astronomer’s unrivaled experience in the construction and use of large telescopes. This apprenticeship laid the foundation of John’s subsequent achievements. In 1820 he was among the founders of the Royal Astronomical Society. In later years, John made important contributions to chemistry and the physics of light and particularly to mathematics, for which he was awarded the Copley Medal of the Royal Society in 1821.

Herschel made numerous important contributions to photography. He made improvements in photographic processes, particularly in inventing the cyanotype process and variations (such as the chrysotype), the precursors of the modern blueprint process. In 1839, he made a photograph on glass, which still exists, and experimented with color reproduction, noting that rays of different parts of the spectrum tended to impart their own color to a photographic paper. Herschel made experiments using photosensitive emulsions of vegetable juices, called phytotypes and published his discoveries in the Philosophical Transactions of the Royal Society of London in 1842.He collaborated in the early 1840s with Henry Collen, portrait painter to Queen Victoria. Herschel originally discovered the platinum process on the basis of the light sensitivity of platinum salts, later developed by William Willis.

Herschel coined the term photography in 1839. He may, however, have been preceded by Brazilian Hércules Florence, who used the French equivalent, photographie, in private notes which one historian dates to 1834.Herschel was also the first to apply the terms negative and positive to photography.

He discovered sodium thiosulfate to be a solvent of silver halides in 1819,and informed Talbot and Daguerre of his discovery that this "hyposulphite of soda" ("hypo") could be used as a photographic fixer, to "fix" pictures and make them permanent, after experimentally applying it thus in early 1839. His ground-breaking research on the subject was read at the Royal Society in London in March 1839 and January 1840.

Knight of the Royal Guelphic Order 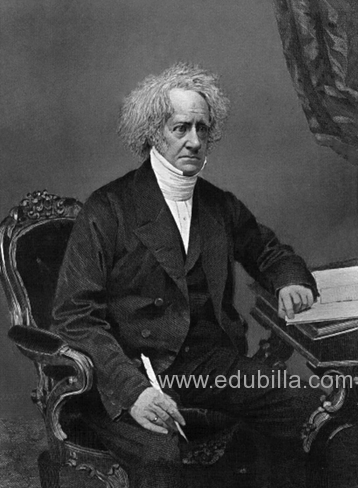