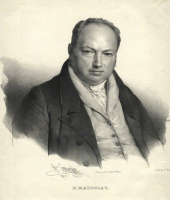 Henry Maudslay was a British machine tool innovator, tool and die maker, and inventor. He is considered a founding father of machine tool technology.

Maudslay's father, also named Henry, served as a wheelwright in the Royal Engineers. After being wounded in action he became a storekeeper at the Royal Arsenal, Woolwich, London.There he married a young widow, Margaret Laundy and they had seven children, among which young Henry was the fifth. Henry’s father died in 1780. Like many boys of his era, Henry began his work in manufacturing quite young; by the age of 12, he was a "powder monkey", one of the boys employed in filling cartridges at the Arsenal. After two years, he was transferred to a carpenter’s shop followed by a blacksmith’s forge, where at the age of fifteen he began training as a blacksmith. He seems to have specialised in the lighter, more complex kind of forge work.During his time at the Arsenal, Maudslay also worked at the Royal Foundry, where Jan Verbruggen had installed an innovative horizontal boring machine in 1772.

At the time when Maudslay began working for Bramah, the typical lathe was worked by a treadle and the workman held the cutting tool against the work. This did not allow for precision, especially in cutting iron. Maudslay designed a tool holder into which the cutting tool would be clamped, and which would slide on accurately planed surfaces to allow the cutting tool to move in either direction. The slide rest was positioned by a leadscrew to which power was transmitted through a pair of changeable gears so that it traveled in proportion to the turning of the work. This allowed screw threads to be precisely cut. Changing the gears gave various pitches. The ability of Maudslay’s slide-rest lathe to produce precision parts revolutionised the production of machine components.

A misunderstanding persisted for many years that James Nasmyth had claimed that Maudslay was the original inventor of the slide rest. By the mid-20th century informed historians understood that Maudslay was not the first person ever to build a slide rest, or to use one on a lathe. But he was in fact the person who combined the slide rest, leadscrew, and change gears in a precision machine, which popularized the concept and caused modern industry to widely adopt it.

Maudslay's original screw-cutting lathe is at the Science Museum in London.

Maudslay had shown himself to be so talented that after one year the nineteen year old was made manager of Bramah’s workshop. In 1791 he married Bramah’s housemaid, Sarah Tindel. The couple were to have four sons together. Thomas Henry, the eldest, and Joseph, the youngest, subsequently joined their father in business. William, the second, became a civil engineer and was one of the founders of the Institution of Civil Engineers.

In 1797, after having worked for Bramah for eight years, Maudslay asked for an increase in his wage of only 30s a week. Bramah refused his request. This refusal determined Maudslay to set up business on his own account.

Maudslay obtained a small shop and smithy in Wells Street, off Oxford Street. In 1800 he moved to larger premises in Margaret Street, Cavendish Square.

Following earlier work by Samuel Bentham, his first major commission was to build a series of 42 woodworking machines to produce wooden rigging blocks (each ship required thousands) for the Navy under Sir Marc Isambard Brunel. The machines were installed in the purpose-built Portsmouth Block Mills, which still survive, including some of the original machinery. The machines were capable of making 130,000 ships’ blocks a year, needing only ten unskilled men to operate them compared with the 110 skilled workers needed before their installation.This was the first well-known example of specialized machinery used for machining in an assembly-line type factory.

Near the end of his life Maudslay developed an interest in astronomy and began to construct a telescope. He intended to buy a house in Norwood and build a private observatory there, but died before he was able to accomplish his plan. In January 1831 he caught a chill while crossing the English Channel after visiting a friend in France. He was ill for four weeks and died on 14 February 1831. He was buried in the churchyard of St Mary Magdalen Woolwich; he designed the memorial located in its Lady Chapel.

Maudslay’s company was one of the most important British engineering manufactories of the nineteenth century, finally closing in 1904. 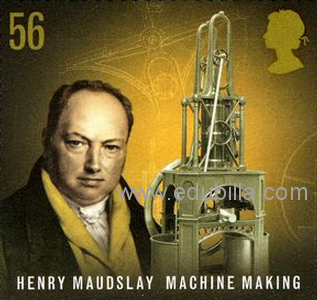 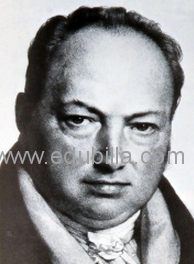