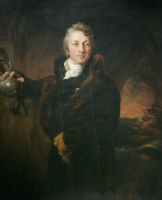 Captain George William Manby FRS (born 28 November 1765 in Denver, Norfolk; died 18 November 1854 in Great Yarmouth), was an English author and inventor. He designed an apparatus for saving life from shipwrecks and also the first modern form of fire extinguisher.

Manby went to school at Downham Market. Although he claimed to have been a friend there of Horatio Nelson, this is unlikely to be true as Nelson would have left the school (if he ever attended) before Manby started. He volunteered to fight in the American War of Independence, aged 17, but was rejected because of his youth and his small size.Instead, he entered the Royal Military Academy in Woolwich, and then joined the Cambridgeshire Militia where he gained the rank of captain.

He married in 1793 and inherited his wife's family's estates, but left her in 1801 after being shot by her lover and moved to Clifton, Bristol. There, he published several books, including The History and Antiquities of St David's (1801), Sketches of the History and Natural Beauties of Clifton (1802), and A Guide from Clifton to the Counties of Monmouth, Glamorgan, etc. (1802). In 1803, his pamphlet An Englishman's Reflexions on the Author of the Present Disturbances, on Napoleon's plans to invade England, came to the attention of the Secretary of War, Charles Yorke, who was impressed and recommended Manby to be appointed as Barrack-Master at Great Yarmouth.

On 18 February 1807, as a helpless onlooker, he witnessed a Naval ship, the Snipe run aground 60 yards off Great Yarmouth during a storm, with (according to some accounts) a total of 214 people drowned, including French prisoners of war, women and children. Following this tragedy, Manby experimented with mortars, and so invented the Manby Mortar, later developed into the breeches buoy, that fired a thin rope from shore into the rigging of a ship in distress. A strong rope, attached to the thin one, could be pulled aboard the ship. His successful invention followed an experiment as a youth in 1783, when he shot a mortar carrying a line over Downham church. His invention was officially adopted in 1814, and a series of mortar stations were established around the coast.It was estimated that by the time of his death nearly 1000 persons had been rescued from stranded ships by means of his apparatus.

Manby also built an "unsinkable" ship. The first test indeed proved it to be floating when mostly filled with water; however, the seamen (who disliked Manby) rocked the boat back and forth, so that it eventually turned over. The boatmen depended on the cargo left over from shipwrecks, and may have thought Manby's mortar a threat to their livelihood.

In 1813 Manby invented the "Extincteur", the first portable pressurised fire extinguisher. This consisted of a copper vessel of 3 gallons of pearl ash (potassium carbonate) solution contained within compressed air. He also invented a device intended to save people who had fallen through ice.

In 1821 he sailed to Greenland with William Scoresby, for the purpose of testing a new type of harpoon for whaling, based on the same principles as his mortar. However, his device was sabotaged by the whalers.He published his account as Journal of a Voyage to Greenland, containing observations on the flora and fauna of the Arctic regions as well as the practice of whale hunting.

He was the first to advocate a national fire brigade, and is considered by some to be a true founder of the RNLI.He was elected a Fellow of the Royal Society in 1831 in recognition of his many accomplishments.

In later life Manby became obsessed with Nelson, turning his house into a Nelson museum filled with memorabilia and living in the basement. 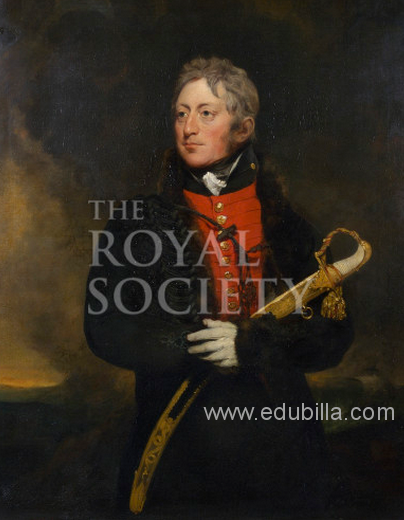 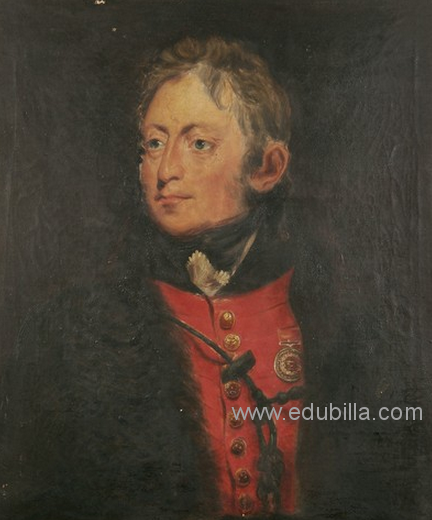