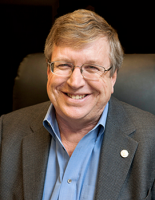 Eric R. Fossum is best known for the invention of the CMOS image sensor “camera-on-a-chip” used in billions of cameras, from smart phones to web cameras to pill cameras and many other applications.  He is a solid-state image sensor device physicist and engineer, and his career has included academic and government research, and entrepreneurial leadership.  He is currently a Professor with the Thayer School of Engineering at Dartmouth.

Born and raised in Connecticut, he received his B.S. in Physics and Engineering from Trinity College in Hartford and the Ph.D. in Engineering and Applied Science from Yale University. He was a member of Columbia University’s Electrical Engineering faculty from 1984-1990.  In 1990, Dr. Fossum joined the NASA Jet Propulsion Laboratory, California Institute of Technology and managed JPL’s image sensor and focal-plane technology research and advanced development. While at JPL, he invented the CMOS active pixel sensor (APS) camera-on-a-chip technology (aka CMOS image sensor) and led its development and subsequent transfer of the technology to US industry.  Dr. Fossum co-founded Photobit Corporation in 1995 to commercialize the technology and served in several top management roles including Chairman and CEO. In late 2001, Photobit was acquired by Micron Technology Inc. From 2005-2007, he was Chairman and CEO of Siimpel Corporation developing MEMS-based camera modules with autofocus and shutter functions for cell phones. From 2008-2013 he was a consultant with Samsung Electronics working on 3D image sensors as well as strategic issues.  In 2010 he joined the faculty of the Thayer School of Engineering at Dartmouth where he presently teaches, performs research and directs the School’s Ph.D. Innovation Program.

Dr. Fossum has published over 280 technical papers and holds over 150 US patents.  He co-founded the International Image Sensor Society (IISS) and is Past-President.  He is a Fellow member of the Institute of Electrical and Electronic Engineers (IEEE), a senior member of the Optical Society of America (OSA), and a member of the Society of Motion Picture and Television Engineers (SMPTE).

He was inducted into the National Inventors Hall of Fame, elected to the National Academy of Engineering and selected as a Charter Fellow of the National Academy of Inventors.  An early Photobit sensor and camera is on display at the Smithsonian Museum of American History’s Inventing in America exhibit. Other honors he has received include the Yale Becton Prize, the National Science Foundation Presidential Young Investigator Award, the NASA Exceptional Achievement Medal, induction into the Space Technology Hall of Fame, the Photographic Society of America's Progress Medal, the Royal Photographic Society's Progress Medal, the IEEE Andrew Grove Award, Yale’s Wilbur Cross Medal and the SMPTE Camera Origination and Imaging Medal.

Dr. Fossum volunteers on the Board of Directors of the National Academy of Inventors and the International Image Sensor Society, and the Board of Trustees of Trinity College. He serves on the Leadership Council of the Yale University School of Engineering and Applied Science, the Peer Selection Committee for the NAE, and Fellow Selection Committee of the NAI, among other volunteer activities.

Induction into the US Space Foundation Space Technology Hall of Fame in 1999.

Inventor of the Year by the New York Intellectual Property Law Association in 2010.

Induction into the National Inventors Hall of Fame in 2011.

Elected as a Charter Fellow of the National Academy of Inventors in 2012.

Elected as a Member of the National Academy of Engineering in 2013.

Received the Doctor of Science honoris causa from Trinity College (Connecticut) in 2014. 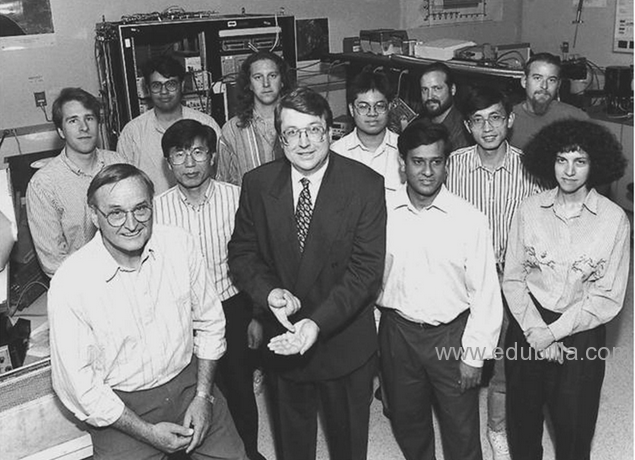 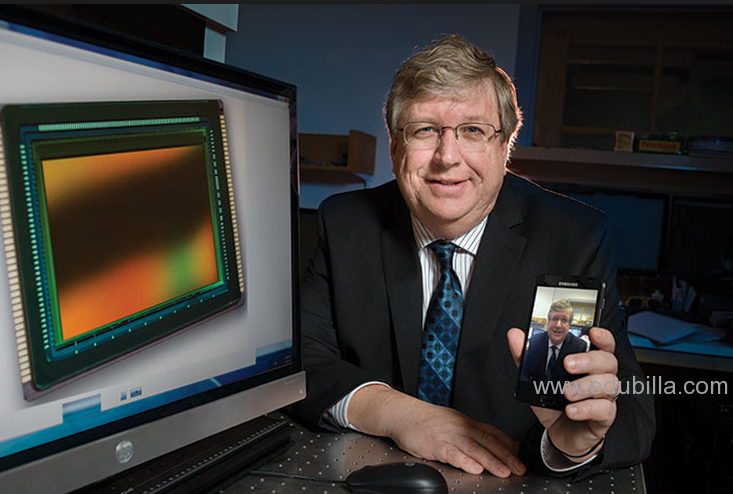