Daniel Singer "Dan" Bricklin,referred to as “The Father of the Spreadsheet”, is the American co-creator, with Bob Frankston, of the VisiCalc spreadsheet program. He also founded Software Garden, Inc., of which he is currently president, and Trellix Corporation, which is currently owned by Web.com.He currently serves as the Chief Technology Officer of Alpha Software.

Dan Bricklin was born in Philadelphia, Pennsylvania, in 1951. He holds a B.S. in electrical engineering and computer science from MIT and an M.B.A. from the Harvard Graduate School of Business Administration. He also holds an honorary Doctor of Humane Letters from Newbury College.

In 1979, he founded Software Arts, where he served as chairman of the board and executive vice president until 1985. Their flagship product, VisiCalc, transformed the personal computer industry by providing an electronic spreadsheet for business users. For many such users, VisiCalc was the program that convinced them to purchase a PC. Prior to forming Software Arts, Bricklin was a market researcher for Prime Computer Inc., a senior systems programmer for FasFax Corporation, and a senior software engineer for Digital Equipment Corporation, where he was project leader of the WPS-8 word processing software.

In 1990, Bricklin co-founded Slate Corporation to develop application software for pen computers. In 1994, he was elected a Fellow of the ACM and is a member of the National Academy of Engineering. In late 1995, Bricklin founded Trellix Corporation, a provider of website publishing technology.

Dan Bricklin has received many honors for his contributions to the computer industry from the ACM, IEEE, MIT, PC Magazine, the Western Society of Engineers, and others.In 1981, he was given a Grace Murray Hopper Award for VisiCalc.

In 1996, Bricklin was awarded by the IEEE Computer Society with the Computer Entrepreneur Award for pioneering the development and commercialization of the spreadsheet and the profound changes it fostered in business and industry.

In 2003, Bricklin was given the Wharton Infosys Business Transformation Award for being a technology change leader. He was recognized for having used information technology in an industry-transforming way. He has received an Honorary Doctor of Humane Letters from Newbury College.

In 2004, he was made a Fellow of the Computer History Museum "for advancing the utility of personal computers by developing the VisiCalc electronic spreadsheet."

Bricklin has appeared in the 1996 documentary Triumph of the Nerds, as well as the 2005 documentary Aardvark'd: 12 Weeks with Geeks, in both cases discussing the development of VisiCalc. His book, Bricklin on Technology, was published by Wiley in May 2009. 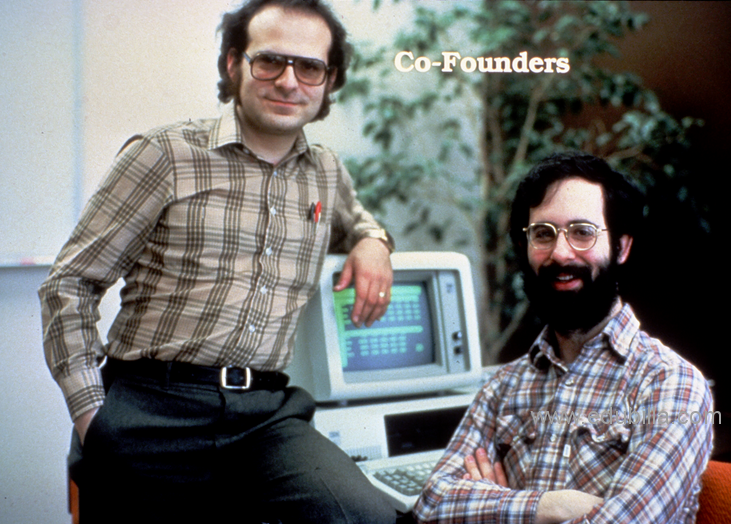 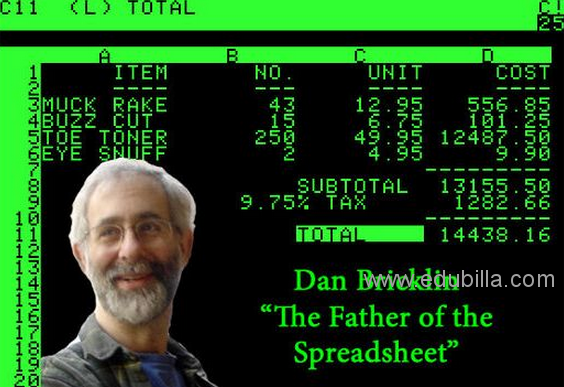