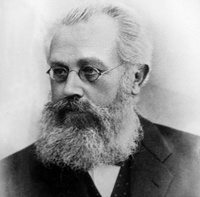 Carl Roman Abt was a Swiss mechanical engineer, inventor and entrepreneur. He made groundbreaking innovations in rack-and-pinion railways, giving his name to one of the most widely used systems developed for mountain railways, the Abt rack system.

Abt was born on 16 July 1850 in Bünzen. In 1882, while working in Paris, he designed and patented his rack-railway system that enabled at least one tooth of the rack to be permanently engaged. It was first used on the Blankenburg to Tanne narrow-gauge railway in the Harz mountains of Germany.Abt also developed the self-regulating "Abt Switch" for funicular railways and led the construction of 72 mountain railways worldwide including the Visp-Zermatt, Gornergrat, Furka-Oberalp and Ferrovia Monte Generoso railways. The most famous railway built with the Abt system is the Arica–La Paz railway in Bolivia.

In 1903, as president of the Gotthardbahn company, Abt led buy-back negotiations with the German Confederation during the nationalisation of private railway companies. He received many honours, including an honorary doctorate (Doctor honoris causa) from the Technical University of Hanover and the John Scott Medal in 1882. He was also a patron and connoisseur of the arts, a member of the Swiss Federal Art Commission from 1904-1907 and the President of the Swiss Art Association from 1905-1911.