Albert Hofmann,who lived between(January 11, 1906 – April 29, 2008) was a Swiss scientist known best for being the first person to synthesize, ingest, and learn of the psychedelic effects of lysergic acid diethylamide (LSD). Hofmann was also the first person to isolate, synthesize, and name the principal psychedelic mushroom compounds psilocybin and psilocin.He authored more than 100 scientific articles and numerous books, including LSD: Mein Sorgenkind (LSD: My Problem Child).In 2007 he shared first place, alongside Tim Berners-Lee, in a list of the 100 greatest living geniuses, published by The Telegraph newspaper.

Hofmann was born in Baden, Switzerland, the first of four children to factory toolmaker Adolf Hofmann and his wife Elisabeth (born Elisabeth Schenk). Owing to his father's low income, Albert's godfather paid for his education. When his father became ill, Hofmann obtained a position as a commercial apprentice in concurrence with his studies. At the age of twenty, Hofmann began his chemistry degree at the University of Zürich, finishing three years later, in 1929. His main interest was the chemistry of plants and animals, and he later conducted important research on the chemical structure of the common animal substance chitin, for which he received his doctorate, with distinction, in the spring of 1929.

Regarding his decision to pursue a career as a chemist, Hofmann provided insight during a speech he delivered to the 1996 Worlds of Consciousness Conference in Heidelberg, Germany:

One often asks oneself what roles planning and chance play in the realization of the most important events in our lives. [...] This decision was not easy for me. I had already taken a Latin matricular exam, and therefore a career in the humanities stood out most prominently in the foreground. Moreover, an artistic career was tempting. In the end, however, it was a problem of theoretical knowledge which induced me to study chemistry, which was a great surprise to all who knew me. Mystical experiences in childhood, in which Nature was altered in magical ways, had provoked questions concerning the essence of the external, material world, and chemistry was the scientific field which might afford insights into this.

Hofmann became an employee of the pharmaceutical-chemical department of Sandoz Laboratories (now a subsidiary of Novartis), located in Basel as a co-worker with professor Arthur Stoll, founder and director of the pharmaceutical department.He began studying the medicinal plant squill and the fungus ergot as part of a program to purify and synthesize active constituents for use as pharmaceuticals. His main contribution was to elucidate the chemical structure of the common nucleus of the Scilla glycosides (an active principal of Mediterranean Squill).While researching lysergic acid derivatives, Hofmann first synthesized LSD on November 16, 1938.The main intention of the synthesis was to obtain a respiratory and circulatory stimulant (an analeptic) with no effects on the uterus in analogy to nikethamide (which is also a diethylamide) by introducing this functional group to lysergic acid. It was set aside for five years, until April 16, 1943, when Hofmann decided to reexamine it. While re-synthesizing LSD, he accidentally touched his hand to his mouth, nose or possibly eye, accidentally ingesting a small amount and fortuitously discovered its powerful effects. He described what he felt as being affected by a remarkable restlessness, combined with a slight dizziness. At home I lay down and sank into a not unpleasant intoxicated like condition, characterized by an extremely stimulated imagination. In a dreamlike state, with eyes closed (I found the daylight to be unpleasantly glaring), I perceived an uninterrupted stream of fantastic pictures, extraordinary shapes with intense, kaleidoscopic play of colors. After some two hours this condition faded away.

Three days later, on April 19, 1943, Hofmann intentionally ingested 250 micrograms of LSD. This day is now known as "Bicycle Day," because after starting to feel the effects of the drug he rode home on a bike, and that became the first intentional acid trip.

Hofmann died of a heart attack on April 29, 2008 and was survived by several grandchildren and great-grandchildren. He and his wife, Anita, who died in 2007, reared four children, one of whom died at the age of 53.

The Swiss Federal Institute of Technology (ETH Zurich) honored him with the title D.Sc. (honoris causa) in 1969 together with Gustav Guanella, his brother-in-law. In 1971 the Swedish Pharmaceutical Association (Sveriges Farmacevtforbund) granted him the Scheele Award, which commemorates the skills and achievements of the Swedish Pomeranian chemist and pharmacist Carl Wilhelm Scheele. 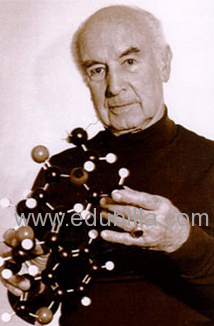 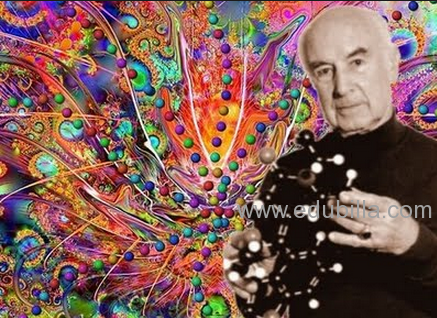