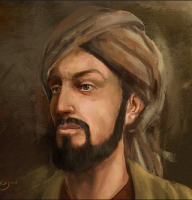 Badi'al-Zaman Ab? al-'Izz ibn Ism?'?l ibn al-Raz?z al-Jazar? (1136–1206) was a Muslim polymath: a scholar, inventor, mechanical engineer, craftsman, artist, and mathematician from Jazirat ibn Umar (current Cizre, Turkey), who lived during the Islamic Golden Age (Middle Ages). He is best known for writing the al-J?mi? bain al-?ilm wa al-?amal al-n?fi? f? ?in??at al-?iyal (The Book of Knowledge of Ingenious Mechanical Devices) in 1206, where he described 100 mechanical devices, some 80 of which are trick vessels of various kinds, along with instructions on how to construct them.

Little is known about al-Jazari, and most of that comes from the introduction to his Book of Knowledge of Ingenious Mechanical Devices. He was named after the area in which he was born (the city of Jazirat ibn Umar). Like his father before him, he served as chief engineer at the Artuklu Palace, the residence of the Mardin branch of the Artuqid dynasty which ruled across eastern Anatolia as vassals of the Zangid rulers of Mosul and later Ayyubid general Saladin.He was born in the city of Tor,now located in the district of Cizre in south-Eastern Turkey.

al-Jazari was part of a tradition of craftsmen and was thus more of a practical engineer than an inventor who appears to have been "more interested in the craftsmanship necessary to construct the devices than in the technology which lay behind them" and his machines were usually "assembled by trial and error rather than by theoretical calculation."His Book of Knowledge of Ingenious Mechanical Devices appears to have been quite popular as it appears in a large number of manuscript copies, and as he explains repeatedly, he only describes devices he has built himself. According to Mayr, the book's style resembles that of a modern "do-it-yourself" book.

Some of his devices were inspired by earlier devices, such as one of his monumental water clocks, which was based on that of a Pseudo-Archimedes.He also cites the influence of the Banu Musa brothers for his fountains, al-Asturlabi for the design of a candle clock, and Hibat Allah ibn al-Husayn (d. 1139) for musical automata. Al-Jazari goes on to describe the improvements he made to the work of his predecessors, and describes a number of devices, techniques and components that are original innovations which do not appear in the works by his precessors.

While many of al-Jazari's inventions may now appear to be trivial, the most significant aspect of al-Jazari's machines are the mechanisms, components, ideas, methods, and design features which they employ.

The camshaft, a shaft to which cams are attached, was first introduced in 1206 by al-Jazari, who employed them in his automata,water clocks (such as the candle clock) and water-raising machines.The cam and camshaft later appeared in European mechanisms from the 14th century.

The eccentrically mounted handle of the rotary handmill in 5th century BC Spain that spread across the Roman Empire constitutes a crank.The earliest evidence of a crank and connecting rod mechanism dates to the 3rd century AD Hierapolis sawmill in the Roman Empire.The crank also appears in the mid-9th century in several of the hydraulic devices described by the Ban? M?s? brothers in their Book of Ingenious Devices.

In 1206, al-Jazari invented an early crankshaft,which he incorporated with a crank-connecting rod mechanism in his twin-cylinder pump.Like the modern crankshaft, Al-Jazari's mechanism consisted of a wheel setting several crank pins into motion, with the wheel's motion being circular and the pins moving back-and-forth in a straight line.The crankshaft described by al-Jazari transforms continuous rotary motion into a linear reciprocating motion,and is central to modern machinery such as the steam engine, internal combustion engine and automatic controls.

He used the crankshaft with a connecting rod in two of his water-raising machines: the crank-driven saqiya chain pump and the double-action reciprocating piston suction pump.His water pump also employed the first known crank-slider mechanism.

We see for the first time in al-Jazari's work several concepts important for both design and construction: the lamination of timber to minimize warping, the static balancing of wheels, the use of wooden templates (a kind of pattern), the use of paper models to establish designs, the calibration of orifices, the grinding of the seats and plugs of valves together with emery powder to obtain a watertight fit, and the casting of metals in closed mold boxes with sand.

Escapement mechanism in a rotating wheel

Al-Jazari invented a method for controlling the speed of rotation of a wheel using an escapement mechanism.

According to Donald Routledge Hill, al-Jazari described several early mechanical controls, including "a large metal door, a combination lock and a lock with four bolts."

A segmental gear is "a piece for receiving or communicating reciprocating motion from or to a cogwheel, consisting of a sector of a circular gear, or ring, having cogs on the periphery, or face."Professor Lynn Townsend White, Jr. wrote:

Segmental gears first clearly appear in al-Jazari, in the West they emerge in Giovanni de Dondi's astronomical clock finished in 1364, and only with the great Sienese engineer Francesco di Giorgio (1501) did they enter the general vocabulary of European machine design. 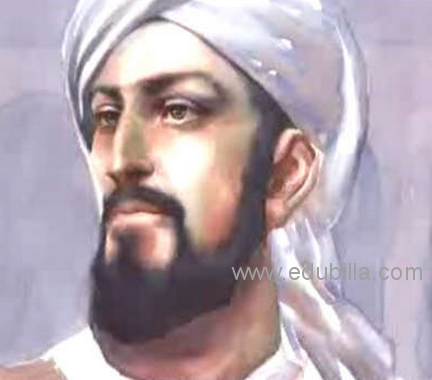