Discover all educational resources in Indore

Indore (/ɪnˈdɔər/,  Hindi: "इंदौर" ) is a tier 2 city, the largest city of the Indian state of Madhya Pradesh. It serves as the headquarters of both Indore District and Indore Division. A central power city, Indore exerts a significant impact upon commerce, finance, media, art, fashion, research, technology, education, and entertainment and has been described as the commercial capital of the state.

Located on the southern edge of Malwa Plateau, the city is located 190 km west of the state capital of Bhopal. With a Census-estimated 2011 population of 2,167,447 distributed over a land area of just (526 km2), Indore is the densely populated major city in the central province. The Indore Metropolitan Area's population is the state's largest, with 2.2 million people living there. It is the 14th largest city in India and 147th largest city in the world.

Indore traces its roots to its 16th century founding as a trading hub between the Deccan and Delhi. The city and its surroundings came under Maratha Empire on 18 May 1724 after Maratha Peshwa assumed the full control of Malwa. During the days of the British Raj, Indore State was a 19 Gun Salute (21 locally) princely state (a rare high rank) ruled by the Maratha Holkar dynasty, until they acceded to the Union of India. Indore served as the capital of the Madhya Bharat from 1950 until 1956.

Indore's financial district, anchored by central Indore, functions as the financial capital of the Madhya Pradesh and is home to the Madhya Pradesh Stock Exchange, India's third oldest stock exchange. Indore's real estate market is among the most expensive in the state. 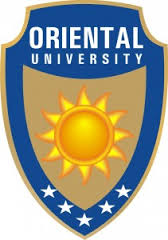 View More
Other Names for Indore