I Have Never Been Up - The persistent, powerful meme of Abraham Lincoln as a “failure at 50.” 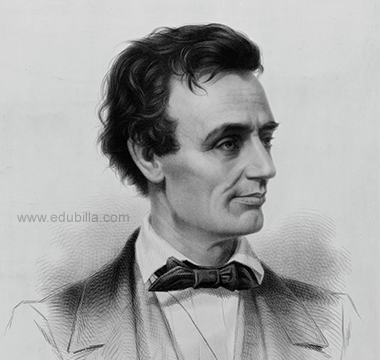 After consecutive political defeats in the early 1960s, Richard Nixon decorated his law office with a copper plaque entitled “Lincoln’s Failures.”* You can still buy a version of this plaque in the form of crinkly faux parchment at souvenir stands or as a framed executive motivational poster, and it goes something like this:

And so on, one setback after another, until: Elected president—1860.

“Lincoln’s Failures” had become popular as a newspaper filler item in the early 20thcentury, and historians and myth busters have been trying to debunk it ever since. They quibble over details (he was only a clerk in a store that closed!) and omissions (he was elected captain of his militia company in 1832!), they note that scholarly consensus keeps changing about Abraham Lincoln’s relationship with his “sweetheart” Ann Rutledge (whose early death hardly counts as his failure) and about his melancholy (which may have counted as a failure in his day but not in ours).

Nevertheless, “Lincoln’s Failures” is a success story, reprinted and adapted everywhere from “Dear Abby” to Chicken Soup for the Soul. It endures because of the emotional truth it conveys—that failure can lead to success—and as a reminder of something that Lincoln himself knew very well: that beneath the great American dream of success lies an even more American fear of failure.

From his election in 1860 (at age 51) through the centennial of his birth in 1909, the 16th president epitomized the self-made man that Horatio Alger Jr., had immortalized in Abraham Lincoln, the Backwoods Boy; or, How a Young Rail-Splitter Became President. With the onset of the managerial era of Taylorism and Fordism, those who aspired to self-made manhood contented themselves—or not—as hired men and company men. As early as 1873, a few self-help writers had spun inspiration (or consolation) from Lincoln’s failures; their efforts were sufficiently well-known by the turn of the century that Lincoln’s biographer and former secretary John G. Nicolay felt obliged to rebut the contrarian view. “Failures? Not so,” he wrote in A Short Life of Abraham Lincoln. The idealized Lincoln was ripe for debunking —not to discredit him, but to humanize him.

“Lincoln’s Failures” was something people clipped and stuck to a mirror or carried in their wallets for years.

Both the heroic and antiheroic interpretations owed something to Lincoln himself, whom the historian Richard Hofstadter famously called out for his consummate and conscious embodiment of what Hofstadter called “the self-made myth.” Lincoln had been among the first to perceive and pursue success as a personal identity, not merely the outcome of professional striving. But Hofstadter overlooked how often and well Lincoln played the part of a lonesome loser. He told his own story as that of someone “too familiar with disappointments to be very much chagrined” at the next, a“friendless, uneducated, penniless boy,” a defeated candidate “without means and out of business.”

Even so, Lincoln genuinely tried to embrace failure and urged others to do so.Drafting remarks to law students, he began, “I find quite as much material for a lecture in those points wherein I have failed, as in those wherein I have been moderately successful.” His law partner recalled Lincoln complaining, circa 1855, “men are greedy to publish the successes of efforts, but meanly shy as to publishing the failures.”

Privately, though, Lincoln was prone to bitterness. In 1856, at age 47, he wrote frankly, “with me, the race of ambition has been a failure—a flat failure.” Two years later, launching his unsuccessful campaign against Sen. Stephen A. Douglas in 1858, Lincoln cracked in reply to a put-down, “I have never been up.” In his own view, Lincoln was exactly what that copper plaque on Richard Nixon's office wall claimed he was: “a failure at fifty.”

Millions of Americans had known the feeling of “flat failure” by 1920, when William Randolph Hearst’s International News Service first wired out the filler story on Lincoln’s failures that would be republished in literally hundreds of newspapers, magazines, and books in the coming decades. Adding to the story’s redemptive-ness, Hearst credited it to “the Sing Sing Bulletin, a newspaper published and circulated among the inmates of the famous prison.” Aptly, the jailbirds had stolen it—the same short text had appeared in several newspapers in 1918 and 1919, and a longer version had been published in 1915.

After Hearst’s syndication, the story popped up everywhere from the Daily Kennebec Journal in Maine to the Woodland Daily Democrat in California, inspiring Sunday sermons from Benton Harbor, Michigan, to Billings, Montana. Businesses printed up attractive handbills as customer giveaways. Variations flowed back and forth between mass culture and local culture, from print to word-of-mouth and back to print again. In 1923, Lincoln’s failures were recounted by a plumbing salesman at a Rotary Club in Wisconsin and by a university president at a commencement in Massachusetts. Urging graduates to find “hope in failure,” Harvard’s Abbott Lawrence Lowell evidently set the standard for commencement clichés. In the next decade, a public speaking instructor named Dale Carnegie read about Lincoln’s failures in the London Morning Post and was inspired to write his first motivational book, Lincoln the Unknown. B.C. Forbes, the founder of the eponymous magazine, wrote it up in 1928, and Robert L. Ripley, the impresario of incredulity, featured it in his cartoon panel “Believe it or Not!” Springing up everywhere simultaneously, the story of Lincoln’s failures was the kind of thing people clipped and stuck to a mirror or carried in their wallets for years.

That’s how things used to “go viral”—that and the indefatigable Reader’s Digest, which first carried “Discouraged? … Think of Lincoln!” in 1930. Four years later, a Chicago advertising man named Arno B. Reincke turned Lincoln’s failures into a short story entitled “He Could Take It” and had 300 copies printed for his clients as a new year’s greeting. Picked up in February by Nebraska Farmer magazine, it reached 120,000 readers; back in Reader’s Digest, it reached 3 million as the lead story for January 1939. That summer, MGM made it into a short film titled, “A Failure at Fifty,” which played in theaters nationwide for the next two years.

Overprotective scholars such as Louis A. Warren of the Lincoln National Life Foundation published point-by-point rebuttals. James G. Randall, the first academically trained Lincoln scholar, stated flatly in 1951, “Lincoln’s emergence was not that of … a failure at fifty who became a presidential nominee at fifty-one.” As late as 2001, challenging the tide of popular belief, Lincoln scholar Douglas L. Wilson argued, “Lincoln certainly knew failure, but his life could not, by any reasonable measure, be characterized as a series of failures.”

What Lincoln understood well (and what the viral list of Lincoln’s failures got right long before historians did) is that for most Americans, failure and success are rarely subject to “reasonable measures.” Like you and me, he had to cope emotionally and contingently, without reassurances from biographers and historians certain that everything would turn out well. Trying to embrace failure even as he brooded about it, Lincoln hoped that disappointments might breed success but feared that “flat failure” was not impossible. This is why the 100-year-old meme that meant so much to Richard Nixon is still being forwarded by email, posted on Facebook,tweeted, and texted. Everybody wants to be Lincoln, but some of us are going to end up as Nixon.