Discover all educational resources in Bhubaneswar

Bhubaneswar /ˌbʊvəˈneɪʃwər/, also spelt Bhubaneshwar Bhubanēswara;  pronunciation ), is the capital of the Indian state of Odisha, formerly known as Orissa. The city has a history of over 3,000 years starting with the Mahamegha-bahana Chedi dynasty (around the 2nd century BCE) which had its capital at Sisupalgarh, nearby. Bhubaneswar, derived its name from Tribhubaneswar, which literally means the Lord (Eeswar) of the Three World (Tribhuban), which refers to Shiva. Bhubaneswar has been known by names such as Toshali, Kalinga Nagari, Nagar Kalinga, Ekamra Kanan, Ekamra Kshetra and Mandira Malini Nagari ("City of Temples"). It is the largest city in Odisha and is a centre of economic and religious importance in Eastern India.

With many Hindu temples, which span the entire spectrum of Kalinga architecture, Bhubaneswar is often referred to as a Temple City of India and together with Puri and Konark it forms the Swarna Tribhuja ("Golden Triangle"), one of eastern India's most visited destinations.

Bhubaneswar replaced Cuttack as the capital in 1948, the year after India gained its independence from Britain. The modern city was designed by the German architect Otto Königsberger in 1946. Along with Jamshedpur and Chandigarh, it was one of modern India's first planned cities. Bhubaneswar and Cuttack are often referred to as the twin-cities of Odisha. The metropolitan area formed by the two cities had a population of 1.4 million in 2011. Bhubaneswar is categorised as a Tier-2 city. An emerging Information Technology (IT) and education hub, Bhubaneswar is one of the country's fastest-developing cities.

KOUSTUV INSTITUTE OF SELF DOMAIN 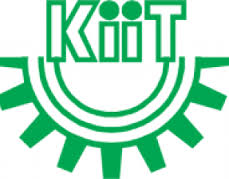 View More
Other Names for Bhubaneswar