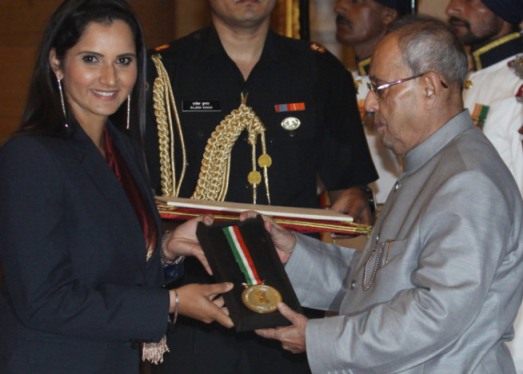 Sania Mirza is an Indian professional tennis player, currently ranked world No. 1 in women's doubles.From 2003 until her retirement from singles in 2013, she was ranked by the Women's Tennis Association as India's No. 1 player, both in singles and doubles. Throughout her career, Mirza has established herself as the most successful female Indian tennis player in history and one of the highest-paid and high-profile athletes in the country.She received Rajiv Gandhi Khel Ratna Award in 2015 for Tennis.