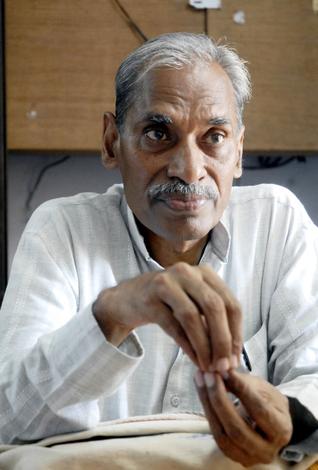 Subhash Palekar is an Indian agriculturist who practised and wrote many books about Zero Budget Spiritual Farming. Subhash Palekar was born in 1949 in a small village Belora in the Vidarbha region of Maharashtra in India, and he has an agricultural background. He practised Zero Budget Natural Farming  and didn't use any chemical pesticides to cultivate. He conducted many workshops all over India.He was awarded India's fourth highest civilian award the Padma Shri in 2016. He was educated in Bachelor's Degree in Agriculture at Nagpur. During college education he was working with tribals about their problems in Satpuda Tribal region. In 1972 he joined his ancient agriculture with his father. His father was a natural farmer. But after learning chemical farming in the college, he started chemical farming in his farm. While practising from 1972-1990, he was writing articles in media also. From 1986 to 1988 he studied the ecosystem of the forests and the natural processes which enable the growth of so many fruits, plants and trees such as mango, ber, tamarind, jamulum, custard apple, neem, moha, without any intervention of human beings.

Then, for six years (1989-1995), he verified these natural processes on his own farm through 154 research projects that led him to develop a method of natural farming which he called the “Zero Budget Natural Farming”.  Subhash Palekar, who is still cultivating various crops on his 34 acre dry land property, dedicates himself to the propagation of his method all over India. He thus trains the farmers in this technique through camps, workshops, seminars, model farms settled throughout India, and publications in various Indian languages. About 30 lakh farmers have already successfully adopted natural farming over 10 millions of hectares.