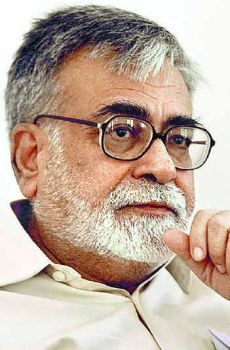 Narendra Kohli was born to Parmananda Kohli and Vidyavanti in Punjab province of British India.His first school was the Dev Samaj High School in Lahore. Then he attended the Ganda Singh High School in Sialkot for a few months. In 1947, after the partition of India, the family moved to Jamshedpur (Bihar). He resumed his schooling in third grade at Dhatkidih Lower Primary school. He spent fourth to seventh grade (1949–53) at New Middle English school. Urdu was the medium of instruction for all subjects except English, which was limited to reading and writing. From eighth to eleventh grade, he attended KMPM High School in Jamshedpur. He selected the science stream in high school. The medium of instruction was Urdu till this point. For higher education, he joined the Jamshedpur Co-operative College. He took the IA exams in 1959 from Bihar University with Compulsory English, Compulsory Hindi, Psychology, Logic, and special Hindi as his subjects. He completed his BA (Hons.) in 1961 from Jamshedpur Co-operative College (Ranchi University) in Hindi. He completed his MA in 1963 at Ramjas College (University of Delhi), and in 1970, received his PhD from the University of Delhi.

His first story was in sixth grade for the handwritten class magazine. In eighth grade, his Urdu story Hindostan: Jannat Nishan was published in the school's printed magazine. As a child author, some of his first Hindi stories were published by Kishore (Patna) and Avaaz (Dhanbad). During his IA years, Sarita (Delhi) published his story Paani ka Jug, Gilas aur Ketli in its Nae Ankur ("New Sprouts") column. After February 1960 his works started getting published regularly. He considers Do Haath published by Kahani (Allahabad) as his first published work. He wrote a few novels based on the life of families and societies as well. But just portraying the society, or ridiculing its flaws and dilemmas was not going to satisfy him. He realised, that literature cannot reach its ultimate goal just by a narrow, partial and limited display of society, nor can the society benefit from such literature. The demonstration of poor human qualities will only encourage the evil and the foul. Therefore, it must be the goal of literature to demonstrate the great, honourable and moral aspect of life, he believes. He was awarded Padma Shri by the President of India in the year 2017.