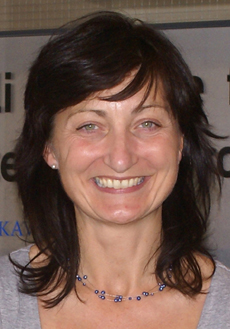 May-Britt Moser (born 4 January 1963) is a Norwegian psychologist, neuroscientist, and founding director of the Kavli Institute for Systems Neuroscience and Centre for the Biology of Memory at the Norwegian University of Science and Technology (NTNU) in Trondheim, Norway.May-Britt Moser and her husband, Edvard, have pioneered research on the brain's mechanism for representing space. The Mosers were appointed associate professors in psychology and neuroscience at NTNU in 1996, less than one year after their Ph.D defenses. They established The Centre for the Biology of Memory (CBM) in 2002 and the Kavli Institute, the fifteenth in the world and the fourth in neuroscience, in 2007.May-Britt Moser and Edvard Moser shared the 2014 Nobel prize in Physiology or Medicine with John O'Keefe.The prize was awarded for work identifying the cells that make up the positioning system in the brain.

May-Britt Moser was awarded a degree in psychology from the University of Oslo in 1990. She thereafter was awarded her Ph.D. in Neurophysiology from the University of Oslo in 1995,under the supervision of professor Per Andersen. Moser went on to undertake postdoctoral training with Richard Morris at the Centre for Neuroscience, University of Edinburgh from 1994 to 1996, and was a visiting postdoctoral fellow at the laboratory of John O'Keefe at the University College, London.Moser returned to Norway in 1996 to be appointed associate professor in biological psychology at the Norwegian University of Science and Technology (NTNU) in Trondheim. She was promoted to a position as full professor of neuroscience at NTNU in 2000. Moser is also the founding co-director of the NTNU Centre for the Biology of Memory (2002) and the Kavli Institute for Systems Neuroscience (2007). Further, she was awarded one half of the Nobel Prize in Physiology or Medicine 2014, along with her husband Edvard, with the other half going to John O'Keefe.She also is a member of the Royal Norwegian Society of Sciences and Letters,Norwegian Academy of Science and Letters, and the Norwegian Academy of Technological Sciences. 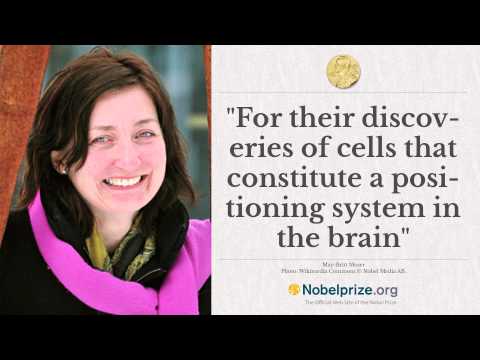