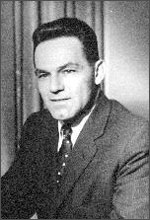 Norman Hackerman was an American chemist. Dr. Hackerman was president of the University of Texas at Austin from 1967 to 1970 and of Rice, which is in Houston, from 1970 to 1985. After his tenure at Rice, he returned to the University of Texas, and was still teaching chemistry until last month. Born on March 2, 1912, in Baltimore, Dr. Hackerman was the only son of Jacob and Ann Raffel Hackerman. Hackerman earned his bachelor’s degree at Johns Hopkins University in 1932 and a doctorate there three years later. In 1968, President Lyndon B. Johnson appointed him to the National Science Board, which helps devise research and education programs for the National Science Foundation; he was chairman of the board from 1974 to 1980. President Bill Clinton awarded him the National Medal of Science in 1993.