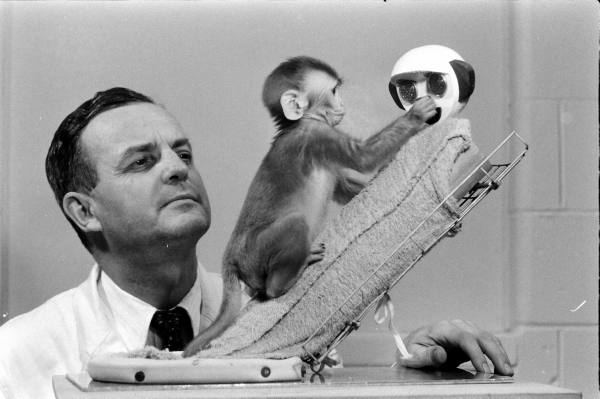 Harry Frederick Harlow was an American psychologist best known for his maternal-separation, dependency needs, and social isolation experiments on rhesus monkeys, which manifested the importance of caregiving and companionship in social and cognitive development. Harry Harlow was born in Iowa on October 31, 1905 in Fairfield, Iowa, U.S. Harry Harlow received his BA and PhD (1930) in psychology from Stanford University and immediately joined the faculty at the University of Wisconsin. Harlow received the National Medal of Science in 1967. Harlow first reported the results of these experiments in "The Nature of Love", the title of his address to the sixty-sixth Annual Convention of the American Psychological Association, Washington, D.C., August 31, 1958. Harlow died on December 6th, 1981, in United States.