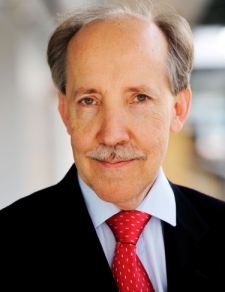 Kari Kustaa Alitalo (born 21 May 1952, Kuopio) is a Finnish medical researcher. He is a professor of the Finnish Academy of Sciences and a foreign associated member of the National Academy of Sciences of the USA.He became famous for his discoveries of several receptor tyrosine kinases (RTKs) and the first growth factor capable to induce lymphangiogenesis: vascular endothelial growth factor C (VEGF-C).In the years 1996-2007 he was Europe's second most cited author in the field of cell biology.

Alitalo received the Leopold Griffuel Prize in 2002 and the 2006 Louis-Jeantet Prize for Medicine.He also received the 2005 Eric Fernström Foundation's Nordic Prize and the 2009 In-Bev Baillet Latour Health Prize.In 2014, he received the Dr. A.H.Heineken Prize for Medicine for his pioneering research on how and when lymph and blood vessels grow, and how that knowledge could help us find interventions to treat cancer and other diseases.