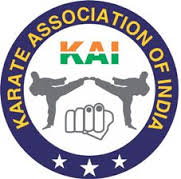 About Karate Association Of India

Karate Association of India is the only National Federation for Karate Sports in India duly recognized by World Karate Federation. KAI has 34 State/Province Members all over India along with Army, Police and different Para Military Forces.
KAI was incorporated as the non profitable organization and with the aim and objectives of only to promote the tremendous art of Karate in all over India at School, Collages, University and Corporate level not only as a Martial Art of Self Defense but also as a Sport. Karate Sports is now a medal event in School Games, National Games, SAF Games & Asian Games and recognized by International Olympic Committee and Olympic Council of Asia.