Discover all educational resources in Aluva

Aluva (formerly Alwaye), is a suburb of Kochi in the Ernakulam district of Kerala, India. Located on the River Periyar, Aluva is the industrial epicenter of the state. A major transportation hub, with easy access to all major forms of transportation, Aluva acts as a corridor which links the highland districts to the rest of the state. Aluva, home to the summer residency of the Travancore royal family - the Alwaye Palace - is also famous for the Sivarathri festival celebrated annually at the sandbanks of Periyar. The Advaita Ashrams in Aluva founded in 1913 by Sree Narayana Guru, one of India's greatest social reformers adds to the cultural significance of the town. Today, whilst part of the Kochi urban agglomeration, Aluva is an autonomous municipality, its civic administration conducted by Aluva Municipal Council. The town also serves as the administrative centre of the Aluva taluk.The headquarters of the the District Police Chief of Ernakulam Rural Police District , Superintending engineer, PWD(Roads) and of the District Educational Officer, Aluva are also located here.It is the starting point of Kochi metro rail under construction. 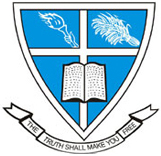 View More
Other Names for Aluva