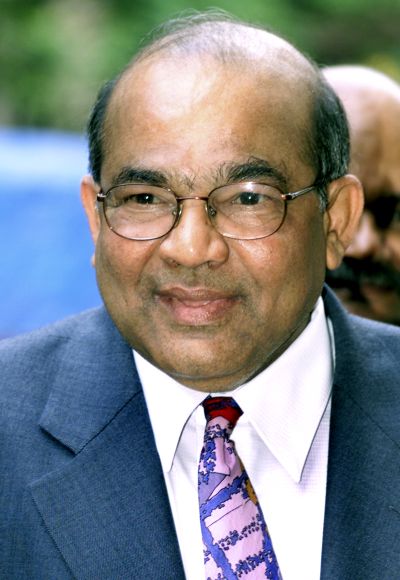 Yaga Venugopal Reddy, better known as Y. V. Reddy is an Indian Administrative Service (IAS) officer of the 1964 batch who served as Governor of the Reserve Bank of India (RBI) (India's central bank) from 6 September 2003 until 5 September 2008. He was born on August 17, 1941 in Madras, India. After finishing Master's Degree in Economics from Madras University, he did Ph.D from Osmania University in Hyderabad. He also finished Diploma in Economic Planning from Institute of Social Studies, Netherlands. He got Doctor of Letters by Sri Venkateswara University and Doctor of Civil Laws by University of Mauritius. He was appointed as the Honorary Fellow of London School of Economics on 17th July 2008. He was appointed as the 21st Governor of Reserve Bank of India in 2003 by the India's Finance Minister of that time, Jaswant Singh. Earlier in 1996 he served as the deputy governor of RBI and in 2002, he also worked with the International Monetary Fund as Executive Director. He served as the Chairman of Bank for International Settlements for two years from March 2007.

Bimal Jalan preceded him as the Governor of Reserve Bank of India and Duvvuri Subbarao succeeded him. He played a crucial role in heading the committees based on balance of payments and public sector disinvestments. He banned offering bank loans for purchasing lands and prohibited off balance sheet financing. He contributed to increase the risk weightings on commercial buildings. He wrote a book India and The Global Financial Crisis: Managing Money and Finance. He also made significant changes in rural banking and revival of co-operative banks. He received Padma Vibhushan the second highest civilian honor in 2010.