MP Board teachers to get lessons in maths & science 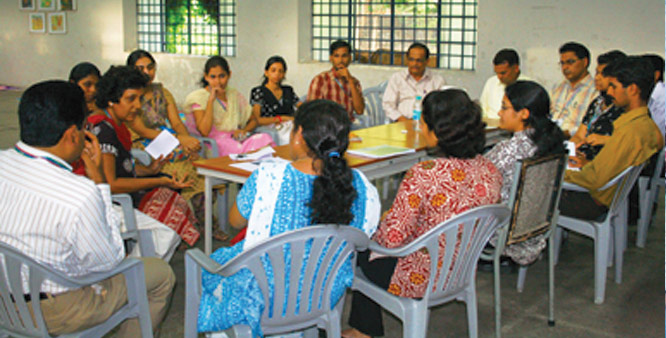 Over 15,000 teachers will be trained to teach NCERT mathematics and science books from new academic session in MP Board-affiliated schools for the first time. The two-month training is likely to begin in first week of May.

"The teaching scene till now was different. Teachers used to teach from MP board prescribed books. But now there has to be a change as the government has introduced NCERT curriculum, which is vastly different from the state board books. Changes are being made in training of teachers. It would certainly help improve quality of education," Dubey said. Changes in training would also strengthen links between students and teachers, he said.

Quality of teaching in Madhya Pradesh has come in for criticism from education watchdogs over the years. Be it surveys like district information system for education (U-DISE) or ASER, almost all surveys till 2016 painted a poor picture of education scene in the state.

A survey conducted by U-DISE, a Centre-run education portal, showed 46% teachers in state board schools teach without training.

However, officials claim that a move to train teachers differently would make them "active" rather than subjecting them to learn old system. Changes in training are being made to prepare teachers for new curriculum, the commissioner told TOI.

"The new curriculum of NCERT proposed by the state government should be up and running from new academic session. Teachers must have skills to efficiently implement NCERT curriculum in schools," Dubey told TOI.