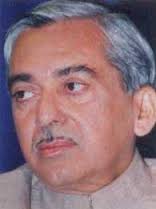 J. S. Rajput is known for his contributions in reforms in school education and teacher education and institutional management. Appointed full Professor of Physics at the age of 31 years, in July 1974, he was the Principal of the Regional Institute of Education Bhopal; 1977-88, Joint Educational Adviser, Ministry of Human Resource Development, Government of India, 1989-94; Chairman, National Council for Teacher Education, NCTE, 1994-99and the Director of the NCERT, 1999-2004. He effectively regulated the B.Ed correspondence courses as the first Chairman of NCTE and started the innovative two-year B.Ed courses in 1999.

He has published research papers in Physics and several specialized areas in education, guided doctoral level researches and has authored several books. He is known for guiding in preparation of goodquality materials for teachers and teacher educators. He chaired the groups responsible for preparing Curriculum Framework for Teacher Education; NCTE; 1998)and for school education; NCERT; 2000.He was awarded Padma Shri, the fourth highest civilian award of India, in 2015.