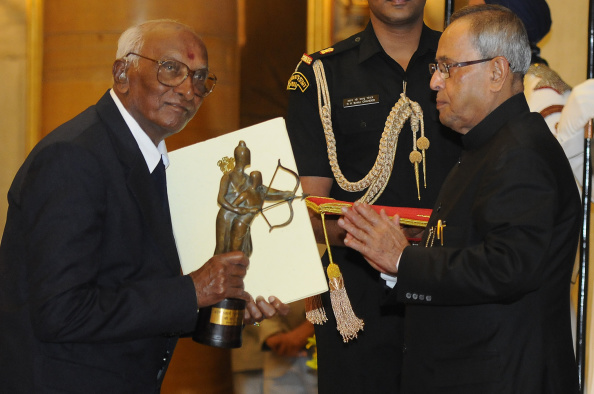 Lingappa was coveted with Dronacharya award for Athletic coach in 2014.Lingappa has been dedicated to being a coach for the last fifty years. A resident of Bangalore, he travels daily for nearly 30km in his scooter to train wards at Sree Kanteerava stadium. Life of this nonagenarian coach of this country has never been smooth. His life so far has been a battle. In the first place he had to fight a gruelling and long battle with Karnataka Government for pension which he eventually won. Thereafter his ordeal for Dronacharya award began since 1996 when H.V. Devegowda was the prime minister of India. After repeated attempts, his efforts and toil was ultimately acknowledged this year by a panel under the leadership of Kapil Dev. Lingappa was visually happy after his repeated applications were finally recognized.

Lingappa in his younger days represented Mysore in National Games for seven years consecutively. He was a 10km walker in his prime time and was a member of Indian contingent for Manila Asian Games in 1954. In the National Meet of 1954 in Delhi, Lingappa won a silver medal. Thereafter in 1956 he succeeded in Athletics Federation of India’s coaching course examination. Subsequently from 1956 to 1964 he was appointed assistant coach for Indian athletic squad on three occasions.