John B. Goodenough National Medal of Science Awarded In 2011 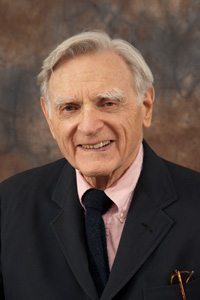 John Bannister Goodenough is an American professor and prominent solid-state physicist. He is currently a professor of mechanical engineering and materials science at the University of Texas at Austin. He is widely credited for the identification and development of the Li-ion rechargeable battery as well as for developing the Goodenough-Kanamori rules for determining the sign of the magnetic super exchange in materials. In 2014 he received the Charles Stark Draper Prize for his contributions to the lithium-ion battery. John was born on 25 July 1922 in Jena, Germany.

John B. Goodenough Other Awards