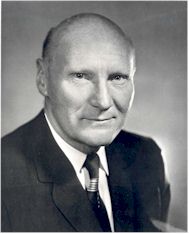 Ernst Weber is an Austria-born American electrical engineer, was a pioneer in microwave technologies and played an important role in the history of the Polytechnic Institute of New York University, where in 1945 he founded the Microwave Research Institute. Ernst Weber was the first president of the Institute of Electrical and Electronics Engineers (IEEE) and one of the founders of the U.S. National Academy of Engineering. . Weber was born in Vienna, Austria on 6 September 1901. He earned a B.S. degree in 1924 from the Technical University of Vienna and two Ph.D.’s, one from the University of Vienna in 1926 and another in engineering from the Technical University of Vienna in 1927. He published over fifty papers and two textbooks on electromagnetic field, linear and non-linear circuits, and microwave measurements. He also earned six honorary doctorates. Weber also served as President of the Institute of Radio Engineers (IRE) in 1959. President Harry S. Truman awarded him a Presidential Certificate of Honor in 1948 and in 1987, President Ronald Reagan awarded him the National Medal of Science. He was also a member of the National Academy of Arts and Science. He died on February 16, 1996 in Columbus, North Carolina.