The Maharashtra Krishi Vidyapeeth, Rahuri is established on March 29, 1968 and subsequently named as Mahatma Phule Krishi Vidyapeeth (MPKV) after a great social reformer "Mahatma Jyotiba Phule". It has started functioning from October, 1969 at Rahuri, District Ahmednagar, Maharashtra, India. The Campus is situated 160 km from Pune on Pune-Delhi highway in Ahmednagar district. Forty kilometer in the South is Ahmednagar town and 50 km in the North is Shirdi, famous for the saint Saibaba. Newasa, land of saint Dnyaneshwar is 33 km from Rahuri. The campus is 10 km from Rahuri Railway Station and 110 km from Manmad railway junction. Ahmednagar is a historical place and was a capital of the Nizam rulers. It is famous for co-operative sugar and dairy industries. The annual average maximum and minimum temperature ranges between 30 to 40 0C and 10 to 20 0C. respectively. The basic mandate assigned to this University are advancement in teaching, research and imparting extension education to the farmers of the State. There are four Agricultural Universities in the State , catering the similar services in their locality. The jurisdiction of Mahatma Phule Krishi Vidyapeeth, Rahuri extends over Western Maharashtra covering ten districts. The University has two faculties namely Agriculture and Agricultural Engineering. The under-graduate and post-graduate programmes are offered in both faculties. The University also deals with lower agricultural education through Agricultural Schools, Mali Training Centre and Training's for Livestock Supervisors. 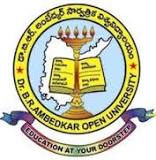