Established On
1921
Slogan
Light and Learning

The idea of starting a University at Lucknow was first mooted by Raja Sir Mohammad Ali Mohammad Khan, Khan Bahadur, K.C.I.E. of Mahmudabad, who contributed an article to the columns of "The Pioneer'' urging the foundation of a University at Lucknow. A little later Sir Harcourt Butler, K.C.S.I., K.C.I.E, was appointed Lieutenant-Governor of the United Provinces, and his well-known interest in all matters under his jurisdiction, specially in matters educational, gave fresh life and vigour to the proposal. The first step to bring the University into being was taken when a General Committee of educationists and persons interested in university education appointed for the purpose, met in conference at Government House, Lucknow, on November, 10, 1919. At this meeting Sir Harcourt Butler, who was in the chair, outlined the proposed scheme for the new university.A discussion followed, and it was resolved that Lucknow University should be a Unitary, Teaching, and Residential University of the kind recommended by the Calcutta University Mission, 1919, and should consist of Faculties of Arts, including Oriental Studies, Science, Medicine, Law, etc. A number of other resolutions was also passed and six sub-committees were formed, five of them to consider questions connected with the University and one to consider the arrangements for providing Intermediate Education. These sub-committees met during the months of November and December, 1919, and January, 1920, and the reports of their meetings were laid before a second Conference of the General Committee at Lucknow on January 26, 1920, their proceedings were considered and discussed, and the reports of five of the sub-committees were, subject to certain amendments, confirmed. The question of incorporation of the Medical College in the University, however, was for the time being left open for expression of opinion. At the close of the Conference donations of one lakh each from the Raja of Mahmudabad and Jahangirabad were announced.The resolutions of the first Conference together with the recommendations of the sub-committees as confirmed at the second Conference were laid before a meeting of the Allahabad University on March 12, 1920, and it was decided to appoint a sub-committee to consider them and report to the Senate.The report of the sub-committee was considered at an extraordinary meeting of the Senate on August 7, 1920, at which the Chancellor presided, and the scheme was generally approved. In the meantime the difficulty of incorporating the Medical College in the University had been removed. During the month of April 1920, Mr. C.F. de la Fosse, the then Director of Public Instruction, United Provinces, drew up a Draft Bill for the establishment of the Lucknow University which was introduced in the Legislative Council on August 12, 1920. It was then referred to a Select Committee which suggested a number of amendments, the most important being the liberalising of the constitution of the various University bodies and the inclusion of a Faculty of Commerce, this Bill, in an amended form, was passed by the Council on October 8, 1920. The Lucknow University Act, No. V of 1920, received the assent of the Lieutenant-Governor on November 1, and of the Governor-General on November 25, 1920.The Court of the University was constituted in March, 1921, and the first meeting of the Court was held on March 21, 1921, at which the Chancellor presided. The other University authorities such as the Executive Council, the Academic Council, and Faculties came into existence in August and September, 1921. Other Committees and Boards, both statutory and otherwise, were constituted in course of time. On July 17, 1921, the University undertook teaching -- both formal and informal. Teaching in the Faculties of Arts, Science, Commerce, and Law was being done in the Canning College and teaching in the Faculty of Medicine in the King George's Medical College and Hospital. The Canning College was handed over to the University on July 1, 1922, although previous to this date the buildings, equipment, staff, etc., belonging to the Canning College had been ungrudgingly placed at the disposal of the University for the purposes of teaching and residence. The King George's Medical College and the King George's Hospital were transferred by the Government to the University on the March 1, 1921.

To develop human resource for furtherance of knowledge through teaching, research and innovation and ranked amongst the top educational institutions of the world for the better service to the humanity in general and our nation in particular.

The mission of the University is, to be a University driven by values enriched with diverse cultures, to promote economic, social and spiritual advancement for an egalitarian society. 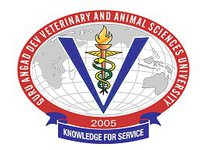