Discover all educational resources in Tiruchirappalli

Tiruchirappalli (tiruccirāppaḷḷi) ( pronunciation ) (formerly Trichinopoly in English), also called Tiruchi or Trichy, is a city in the Indian state of Tamil Nadu and the administrative headquarters of Tiruchirappalli District. It is the fourth largest municipal corporation and the fourth largest urban agglomeration in the state. Located 322 kilometres (200 mi) south of Chennai and 379 kilometres (235 mi) north of Kanyakumari, Tiruchirappalli sits almost at the geographic centre of the state. The Kaveri Delta begins 16 kilometres (9.9 mi) west of the city as the Kaveri river splits into two, forming the island of Srirangam now incorporated into Tiruchirappalli City Municipal Corporation. Occupying 167.23 square kilometres (64.57 sq mi), the city was home to 916,674 people as of 2011.

Tiruchirappalli's recorded history begins in the 3rd century BC, when it was under the rule of the Cholas. The city has also been ruled by the Pandyas, Pallavas, Vijayanagar Empire, Nayak Dynasty, the Carnatic state and the British. The most prominent historical monuments in Tiruchirappalli include the Rockfort, the Ranganathaswamy temple at Srirangam and the Jambukeswarar temple at Thiruvanaikaval. The archaeologically important town of Uraiyur, capital of the Early Cholas, is now a suburb of Tiruchirappalli. The city played a critical role in the Carnatic Wars (1746–1763) between the British and the French East India companies.

The city is an important educational centre in the state of Tamil Nadu, and houses nationally recognised institutions such as the Anna University, Indian Institute of Management (IIMT), Indian Institute of Information Technology (IIIT) National Institute of Technology (NITT),and Bharathidasan Institute of Management. Industrial units such as Bharat Heavy Electricals Limited (BHEL), Golden Rock Railway Workshop and Ordnance Factory Tiruchirappalli (OFT) have their factories in Tiruchirappalli. The presence of a large number of energy equipment manufacturing units in and around the city has earned it the title of "Energy equipment and fabrication capital of India". Tiruchirappalli is internationally known for a brand of cheroot known as the Trichinopoly cigar, which was exported in large quantities to the United Kingdom during the 19th century.

A major road and railway hub in the state, the city is served by an international airport which operates flights to Southeast Asia and the Middle East. According to the National Urban Sanitation Policy (2010), Tiruchirappalli was one of the ten cleanest cities in India.

Kongunadu College of Engineering and Technology 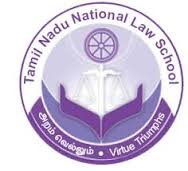 View More
Other Names for Tiruchirappalli