Discover all educational resources in Thiruvananthapuram

Thiruvananthapuram (IPA: [t̪iruʋənɨn̪t̪əpurəm] ( )), also known as Trivandrum, is the capital of the Indian state of Kerala and the headquarters of the Thiruvananthapuram District. It is located on the west coast of India near the extreme south of the mainland. Referred to by Mahatma Gandhi as "Evergreen city of India", the city is characterised by its undulating terrain of low coastal hills and busy commercial alleys. The city has a population of 752,490 inhabitants and a population of around 1.68 million in the urban agglomeration and is the largest and most populous city corporation in Kerala and one of the largest urban agglomeration in Kerala. Thiruvananthapuram contributes 80% of the state's software exports and is a major IT hub of the state.

The city is home to central and state government offices and organisations. Apart from being the political nerve centre of Kerala, it is also an academic hub and is home to several educational institutions including the University of Kerala, and to many science and technology institutions, the most prominent being the Indian Space Research Organisation (ISRO), Vikram Sarabhai Space Centre (VSSC), College of Engineering Trivandrum (CET),the Jawaharlal Nehru Tropical Botanic Garden and Research Institute (JNTBGRI), Central Tuber Crops Research Institute, Technopark, the Indian Institute of Space Science and Technology (IIST), the Indian Institute of Information Technology and Management, Kerala, Indian Institute of Science, Education and Research (IISER), the Centre for Development Studies, the Centre for Development of Imaging Technology (C-DIT), the National Institute for Interdisciplinary Science and Technology, the International Centre for Free and Open Source Software (ICFOSS), the Centre for Earth Science Studies, Rajiv Gandhi Centre for Biotechnology and the Sree Chitira Thirunal Institute for Medical Science and Technology. It is also considered as one of the 10 greenest cities in India. Thiruvananthapuram was ranked as the best city in Kerala to live in by a recent Times of India survey. The city is also ranked as the best city in India for Housing and Transport by a survey conducted by India Today. 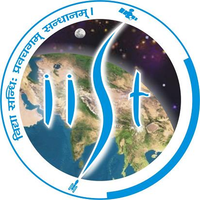 View More
Other Names for Thiruvananthapuram