Discover all educational resources in Thane

Thane (IPA: [ˈʈʰaːɳeː]) is a city in Maharashtra, India, at the head of the Thane Creek. The name comes from corruption of its ancient name Shri Sthanak in Maharashtri Prakrit language, its earlier name based on a temple of Ganesha. Thane also known as 'the city of lakes' is the administrative headquarters of Thane district. On 16 April 1854, the G.I.P. Railway’s first train ever to run in India rolled out from "Boree Bunder" (now the Chhatrapati Shivaji Terminus) to "Thane" (previously pronounced and written as "Thana"), 34 kilometers away. This marked the dawn of the Railway Age in Asia. Thane covers an area of 147 km2 and has a population of more than 1.8 million within its municipal limits, according to the 2011 census. Thane comes under Mumbai Metropolitan Region and also the proximity to Mumbai has made it culturally a part of it. 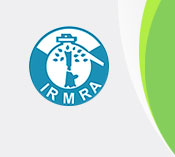 View More
Other Names for Thane