The Race of My Life - Milkha Singh 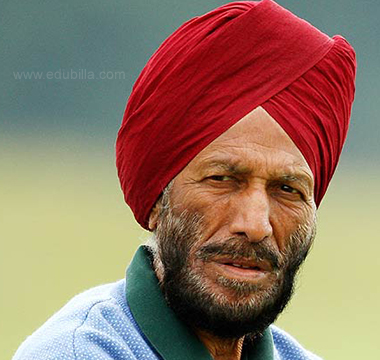 Milkha Singh's autobiography couldn't have found a more opportune time for its release but leaves you wondering what extra did it tell than shown in the movie on his life - Bhaag Milkha Bhaag.

The biopic has proved to be a kind of rebirth for India's most celebrated runner. He is 83 but enjoying success like an athlete on a winning spree. Unfortunately, though, after reading The Race of My Life, you are left with a conclusion that the autobiography is nothing but part of a deal for the movie's production.

The first impression of this thin, 150-page book isn't great either - apart from its cover that shows a captivating running image of Milkha in sepia colours. After liking the movie, Milkha's new-found fans were anticipating almost an encyclopaedia on the inspirational hero with exhaustive details. But Farhan Akhtar's quote on the cover and the foreword written by movie director Rakeysh Omprakash Mehra gives birth to the reader's impression that the book could be a re-plug to the movie, which is what it eventually turns out to be. And the title of chapter two adds strength to that inference; it's called Bhaag Milkha, Bhaag.

What happened with Milkha during Partition, what made him turn into a thief, how he was jailed and then paid for release by his sister, how he joined the army and eventually became an athlete, his love for the India blazer, how he was beaten the day before the national trials but still ran to qualify, his meeting with Pt. JL Nehru, being christened the 'Flying Sikh' in Pakistan - all this and more is what people had already seen in the movie. What was expected from this autobiography was to provide minute details about all these incidents and many more, which the movie couldn't show in three hours and seven minutes.

However, not all is inadequate in The Race of My Life. There are passages that will intrigue you.

An interesting fact that comes to light is about the man who was instrumental in Milkha's success at the 1958 Commonwealth Games. "Our American coach, Dr. [Arthur W] Howard, had accompanied the Indian team [to Cardiff]," says Milkha in the book. "Because of Dr. Howard's motivation and advice, I won heat after heat and effortlessly reached the finals."

Milkha describes how Dr. Howard built the strategy to outrace his biggest threat, Malcolm Spence. "He emphasised that I must maintain my speed for the first 300 metres, and then give it my all in the last 100 metres. He said that if I ran the first 300 metres at full speed, Spence would do the same, although that was not his running strategy."

That, a detailed account of how Milkha left the Indian army to join the civil services, his views on the menace of doping and politics in sport and some nostalgic images is what saves this otherwise not-up-to-scratch autobiography. Also included is a chapter on how Milkha found the love of his life Nimmi (Nirmala) and the family that grew subsequently.

But that all doesn't quench the reader's thirst, who wants to know more of Milkha the athlete. An example of that inadequacy shows in the scanty information on how Milkha's athletics career ended. "And then it was onto the Olympics in Tokyo in 1964, after which I hung up my boots" is all that is mentioned about the Tokyo Games and Milkha's retirement - with no mention of the results in his last Olympics.

India's most towering athlete to date deserves a much better account of his life, and in much more detail.

At most a weekend read for Milkha fans, definitely not a best-seller