SREELAKSHMI SURESH, ONE OF THE YOUNGEST WEB DESIGNERS IN THE WORLD 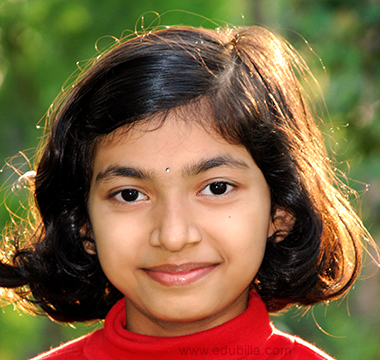 Sreelakshmi Suresh Born in 1998, She is one of the youngest award winning web designers in the world and also the Youngest CEO to develop the official website for her own company, eDesign Technologies.

Sreelakshmi is a student of Presentation High Secondary School in Kozhikode Kerala, India. According to her parents Suresh Menon and Viju Suresh, Sreelakshmi showed greater interest in computer from her very early age of 3 and started designing websites from the age of 6. She is the member of The Association of American Webmasters and they claim her to be their youngest member under the age of 18.

In 2007, she developed website for her own school that was inaugurated by the Forest Minister Binoy Viswam. She has also designed Deaf’s, www.kozhikodedeaf.org, which was launched by Forest Minister of State of Kerala Sri. Binoy Viswam. In 2008, her own news website www.e-sandesh.com for kids in Malayalam was formally inaugurated by the honorable Chief Minister of Kerala Sri. V. S. Achuthanandan.

It’s time for us to meet the World’s Youngest CEO and Youngest Girl Web designer.

Sreelakshmi Suresh (14).She started playing with computers at the age of 4, thanks to her dad and mom.

You would be awestruck to know that she has so far designed more than 20 websites within a span of 6 years. If you still don’t believe you can learn more about Sreelakshmi here.

Cute little Sreelakshmi has grabbed many accolades from international bodies, including the most prestigious Global web award for excellence in web designing. Another jewel in her crown is the highest National Child Award for Exceptional Achievement 2008, which is the highest award for Children in India. She now has more than 30 awards to her credit.

She became the Youngest CEO of the world at the age of eight by starting her own web designing company,eDesign Technologies, in 2008.Well you might be thinking, whether the tiny shoulders would have the tenacity to handle the sheer pressure.

Don’t you worry my dear friends.

For this kid its all about passion and achieving success in life. There has been no looking back ever since her mother saw her palying with Microsoft brush, way back in 2002.

”Since my school did not have an official site, I took it as a challenge to design one” (courtesy:Hindustan Times).Sreelakshmi Suresh took up the challenge to create history at the age of 6.Trust this success story has inspired you to take action.Ask yourself – Am I doing what I am meant to do?Before moving on to your next task, take a firm decision to DO what you love, from this moment onwards.

Comments for this Story

Hats off you lakshmi. You are rocking