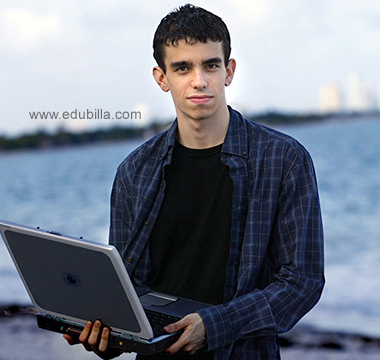 American software developer Blake Aaron Ross is widely known for his significant contribution to the popular web browser Mozilla Firefox project along with Dave Hyatt and Joe Hewitt. He also served at Mozilla Foundation and contributed to the Spread Firefox Project with Asa Dotzler. Currently, he works as the director of product at Facebook.

From the early childhood, he was passionate about technology. He developed his first website when he was barely 10 years old, started programming while he was still at middle school and began contributing to Netscape after it became open-source. At the early age of 15, while studying at Gulliver Preparatory School he served as an intern at Netscape Communications Corporation. After completing high school, he attended Stanford University.

Blake Ross is widely acclaimed as one of the chief creators of the Mozilla Firefox project. Firefox, which is widely used and famous for being user-friendly, was born as the concept visualized by Ross with Hewitt while doing an open source project together. Since its 1.0 version was released on November 9, 2004, Firefox drew huge worldwide attention with over 100 million downloads within one month. In less than a year, it became the most preferred web browser among developers. Ross was only 19 when it was released in 2004.

Another venture of Ross was the startup Parakey, which was a new user interface developed to bridge the gap between the web and the desktop. He worked on it along with Joe Hewitt in 2006. In 2007, according to the BBC report, Parakey was taken over by Facebook for a multi-million deal.

In 2005, Blake Ross was enlisted in Rolling Stone magazine’s 2005 hot list. In the same year he was voted for Wired magazine’s top Rave Award, Renegade of the Year, for which Sergey Brin, Larry Page, and Jon Stewart were also nominated.

Ross is the author of Firefox For Dummies which was published on January 11, 2006.