FRANCIS XAVIER, ST. (1506-1552). Born in the family castle of Xavier, near Pamplona in the Basque area of Spanish Navarre on Apr. 7, he was sent to the University of Paris 1552, secured his licentiate in 1528, met Ignatius Loyola and became one of the seven who in 1534,at Montmartre founded the Society of Jesus.
In 1536 he left Paris to join Ignatius in Venice, from whence they all intended to go as missionaries to Palestine (a trip which never materialized), was ordained there in 1537, went to Rome in 1538, and in 1540 when the Pope formally recognized the Society, was ordered, with
Fr. Simon Rodriguex,to the Far East as the first Jesuit missionaries. King John III kept Fr. Simon in Lisbon, but Francis, after a year’s voyage, six months of which were spent at Mozambique where he preached and gave aid to the sick eventually arrived in Goa
India in 1542 with Fr. Paul of Camerino an Italian, and Francis Mansihas, a Portuguese. There he began preaching to the natives and attempted to reform his fellow Europeans, living among the natives and adopting their customs on his travels.

The mission of St. Xavier’s School is to unfold the potentials of young men and women to the maximum through selfless and dedicated service, to impart quality education for their integral, spiritual development, devoid of caste, creed and religion to build humble and accomplished human beings of tomorrow. 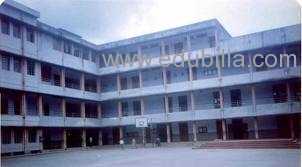