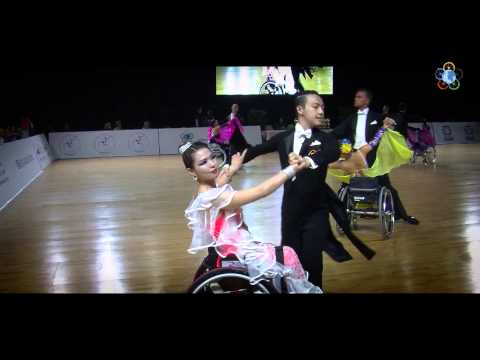 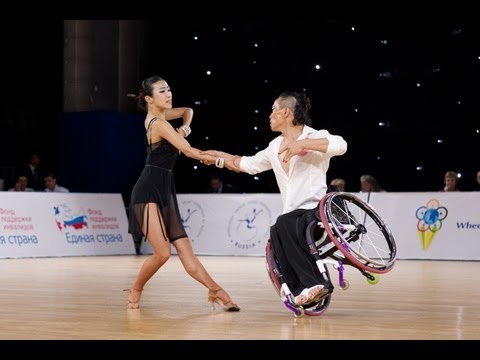 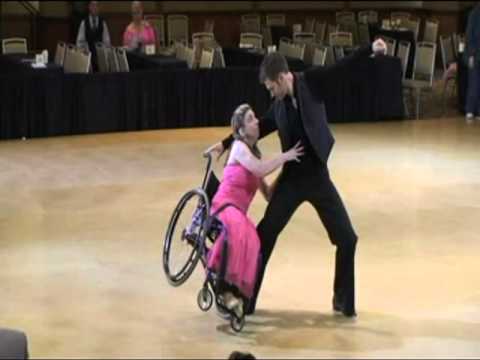 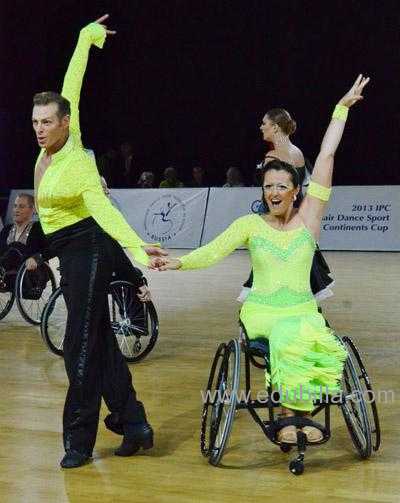 Wheelchair DanceSport is a partner dance competition and Dancesport where at least one of the dancers is in a wheelchair.

Wheelchair couple dances are for two wheelchair users or for one wheelchair user with a "standing" partner and include standard dances such as waltz, tango, Viennese waltz, slow foxtrot and quickstep and Latin American dances such as samba, cha-cha-cha, rumba, paso doble and jive. There are also formation dances for four, six or eight dancers

Wheelchair dancing is a popular social and recreational activity, with participants in over 40 countries.The physical benefits of wheelchair dancing include the maintenance of physical balance, flexibility, range of motion, coordination and improved respiratory control. The psychological effects of ballroom dancing are social interaction and the development of relationships. For social dancers, it is an opportunity to engage in a fun and a friendly event with others. For competitors, it assists in the development of fair play, sportsmanship and communication skills. Wheelchair dancing is an activity that integrates the wheelchair user and able-bodied person.

In February, 2008 the University of Delaware Collegiate DanceWheels Program was created to instruct students in wheelchair dancing. This is the first accredited course of its kind in the United States. The program was developed in conjunction with the American DanceWheels Foundation through a grant from the Christopher and Dana Reeve Foundation.

The WDSA (UK) was established in 2006 as the UK National Governing Body for wheelchair dance sport and wheelchair dancing within the UK, for those who would otherwise be excluded from dancing.

The aim of the WDSA (UK) is to promote and develop wheelchair dancing as a sport and leisure activity across the country, to raise the standard of instruction and competition in the UK and internationally at all levels. As well as making dance, in whatever form, FUN, exciting and something that individuals who are part of this association and who take part in wheelchair dance are proud to say “I can do that”.

Wheelchair Dance Sport can be also beneficial to very young people with cerebral palsy and other disabilities.

Wheelchair ballroom dancing is a great strategy for rehabilitation because it involves movements of almost the entire body, promotes gender self-awareness, and helps improve memory.

Wheelchair Dance Sport negates boundaries between worlds of healthy and disabled people. Collaboration with a healthy partner is not only achievable but also very rewarding.

Detailed Wheelchair DanceSport Rules Can Be Downloaded From Documents

1968-Wheelchair user Els-Britt Larsson was one of the pioneers of wheelchair dancing when it originated in her native Sweden in 1968 for recreational and rehabilitation purposes.

1975-From there the sport’s popularity grew and in 1975 the first competition was organised in Vasteras, Sweden involving 30 couples.

1998-The first World Championships took place in Japan in 1998, the same year the sport came under the governance and management of the International Paralympic Committee.

2006-At the 2006 World Championships in Papendal, the Netherlands, duo-dance was presented for the first time in two Standard and three Latin dances.

2014-In 2014 singles and freestyle/showdance (singles and combi) were introduced as the part of the official programme.

2013-The IPC Wheelchair Dance World Championships are held every two years and were last staged in 2013 in Tokyo, Japan.

Wheelchair dancing started according to the IPC when it was practiced for recreational and rehabilitation purposes, Wheelchair Dancing originated in Sweden in 1968. Els-Britt Larsson, a wheelchair user herself who worked for the Swedish Handicap-Federation, was one of the pioneers of this fascinating sport.

IPC Wheelchair Dance Sport has launched a call for hosts for the first Asian Championships in the sport’s history, as well as for the next European Championships, both scheduled to take place in 2016.

Around 130 dancers from nearly 20 countries are set to descend on St. Petersburg, Russia, from Saturday (5 September), for the first IPC Wheelchair Dance Sport World Cup.

The competition, which has been known as the Continents Cup in previous seasons, is the penultimate event before the 2015 IPC Wheelchair Dance Sport World Championships take place in Rome, Italy, in November.

Originally founded in 1957 as the International Council of Amateur Dancers (ICAD), it took up the name IDSF in 1990. In 2011, it was renamed to WDSF to emphasise the global character of the organization. 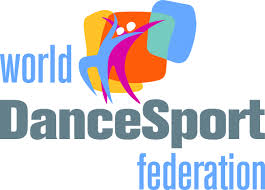 Democratic and efficient describe the style of governance and the structure of WDSF. The WDSF General Meeting elects the 12-member Presidium and delegates the management to the latter. On the operational level, the Managing Committee – made up of the President, First Vice President, Treasurer, Secretary General and Sports Director –  tends to the day-to-day running of the federation. The committee is supported in its task by the standing commissions, by advisers and consultants, and by the administration.

The Media Access Awards, a special awards show honoring members of the entertainment and broadcast industries for their efforts in promoting awareness of the disability experience, accessibility for people with disabilities, and the accurate depiction of characters with disabilities.The range of disabilities was very wide and broad: wheelchair-users, prosthetic and bionic legs, amputated arms and hands, down syndrome, autism, blind, deaf, little people...  They mentioned that 56 million Americans (20%) live with a disability, yet this demographic is represented by an estimated 2% of characters on television, and this is what the Media Access Awards community strives to change. 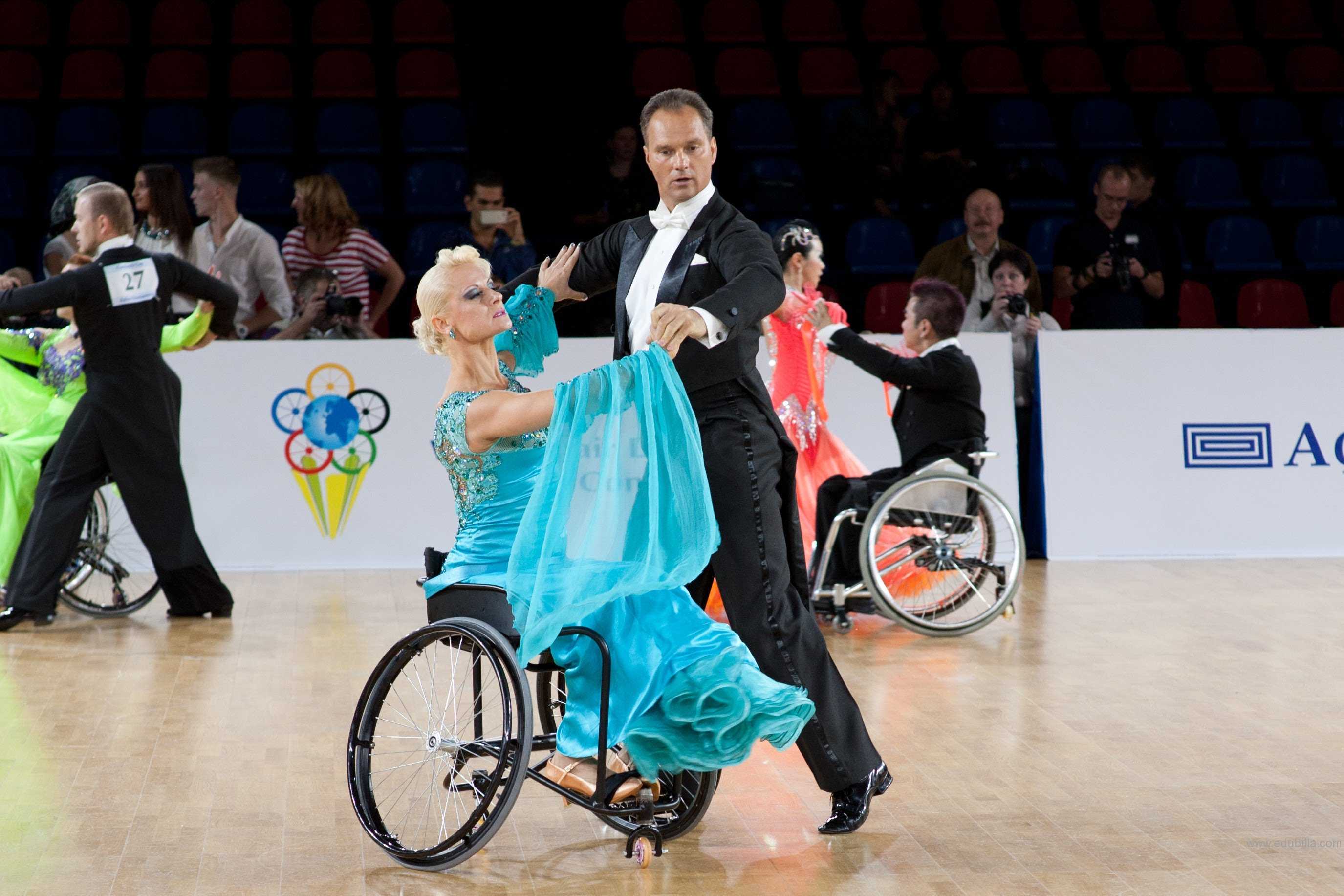 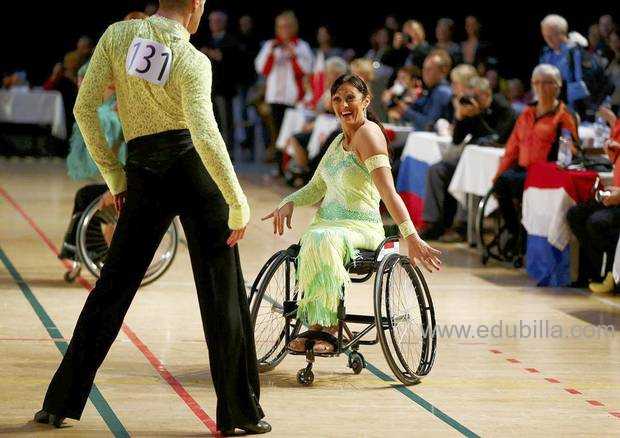 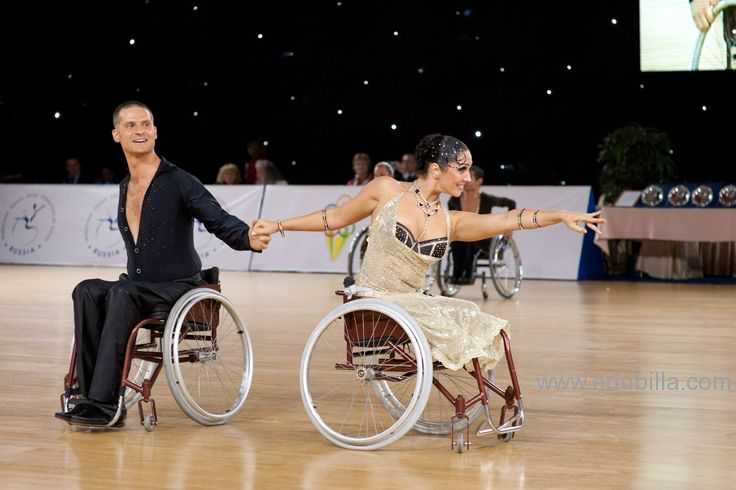 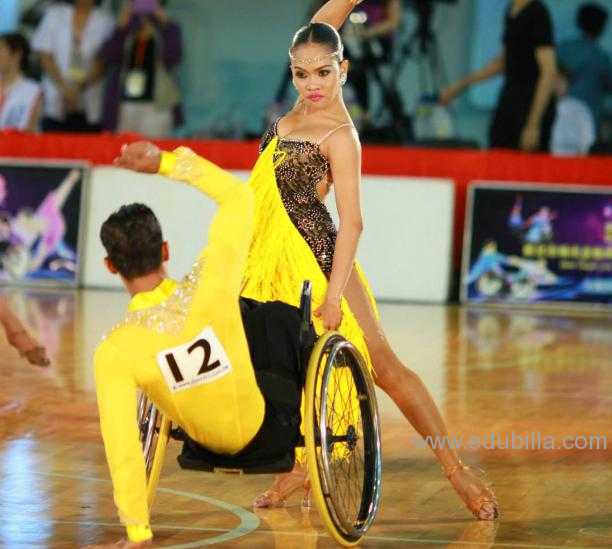 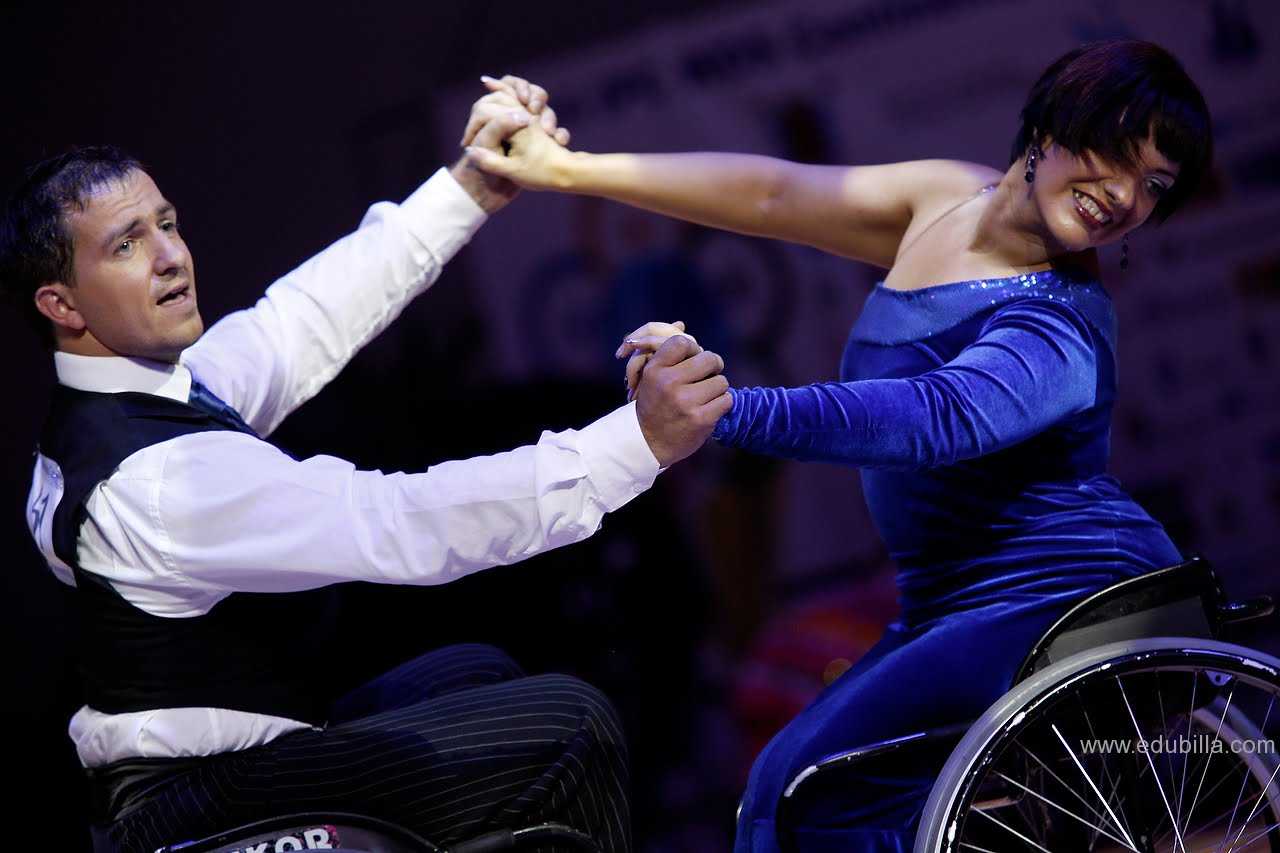 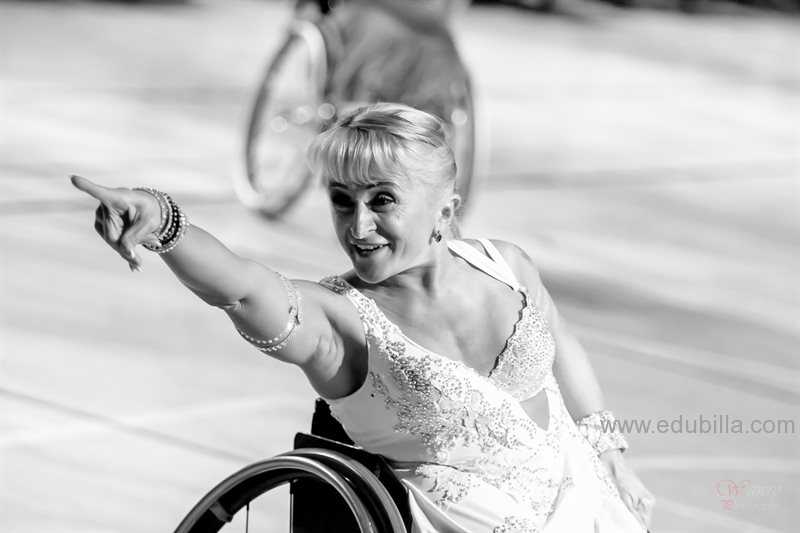 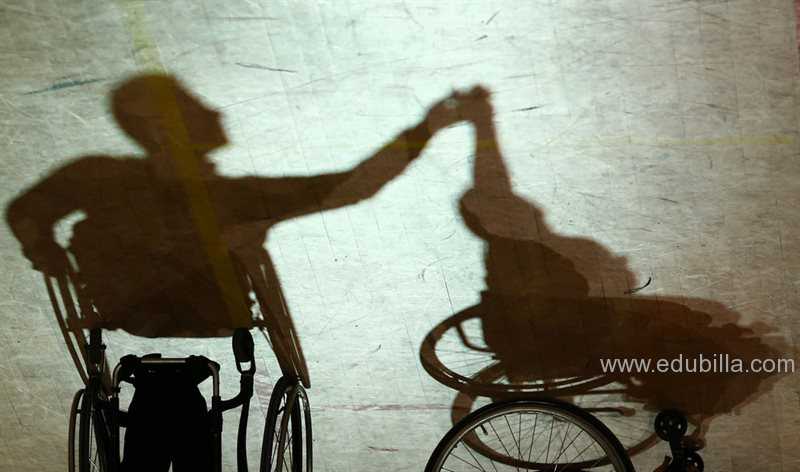 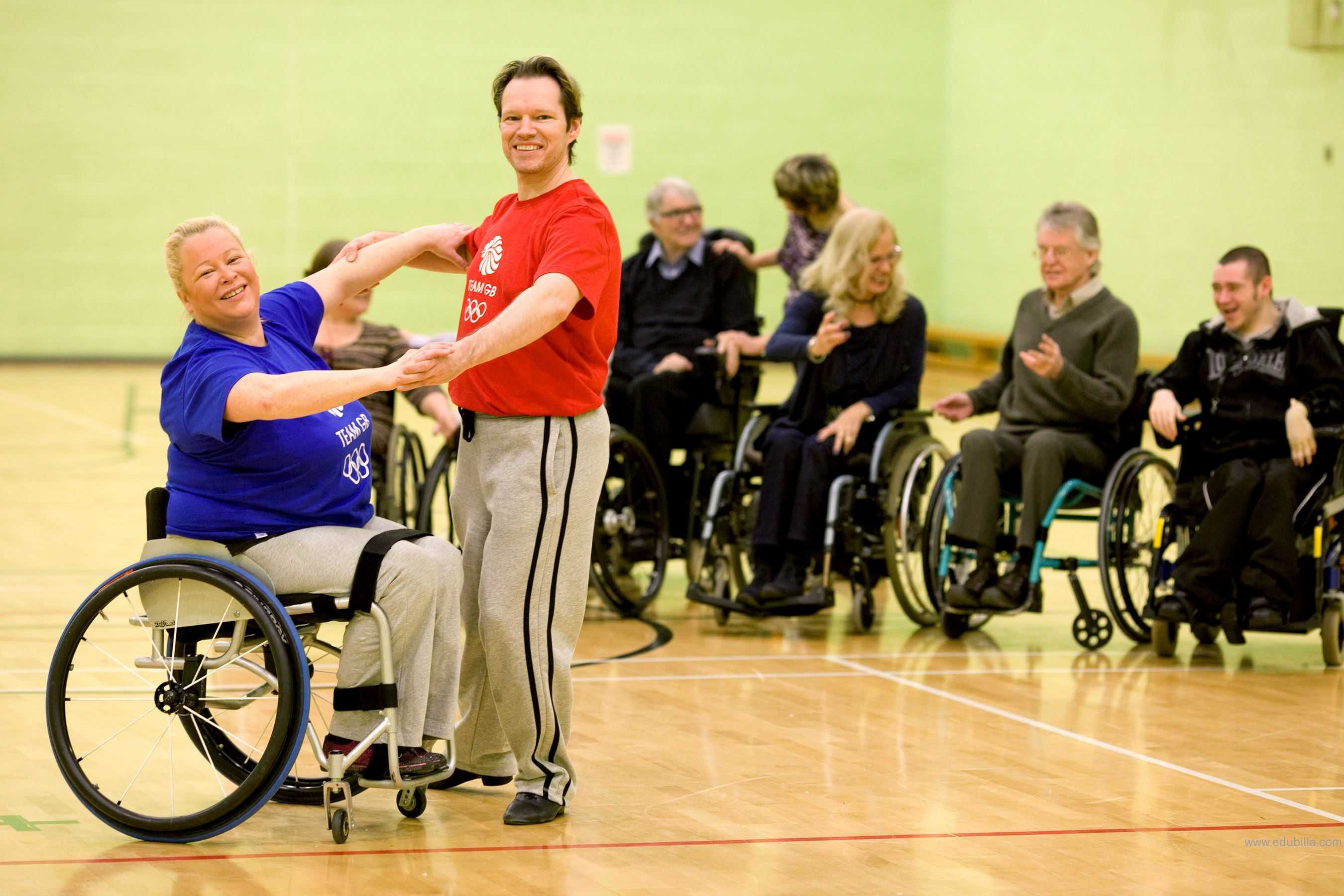 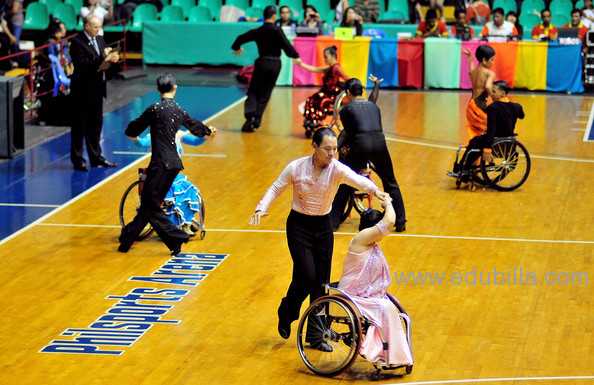 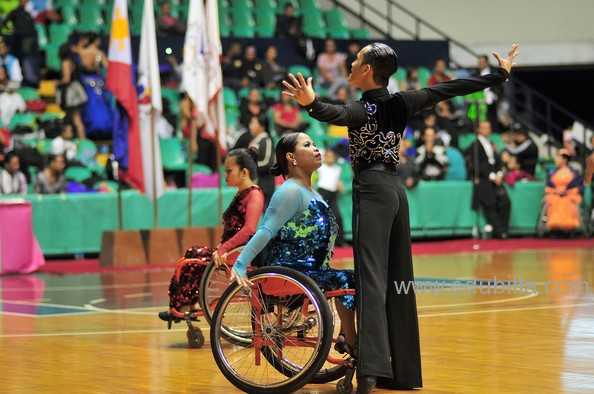 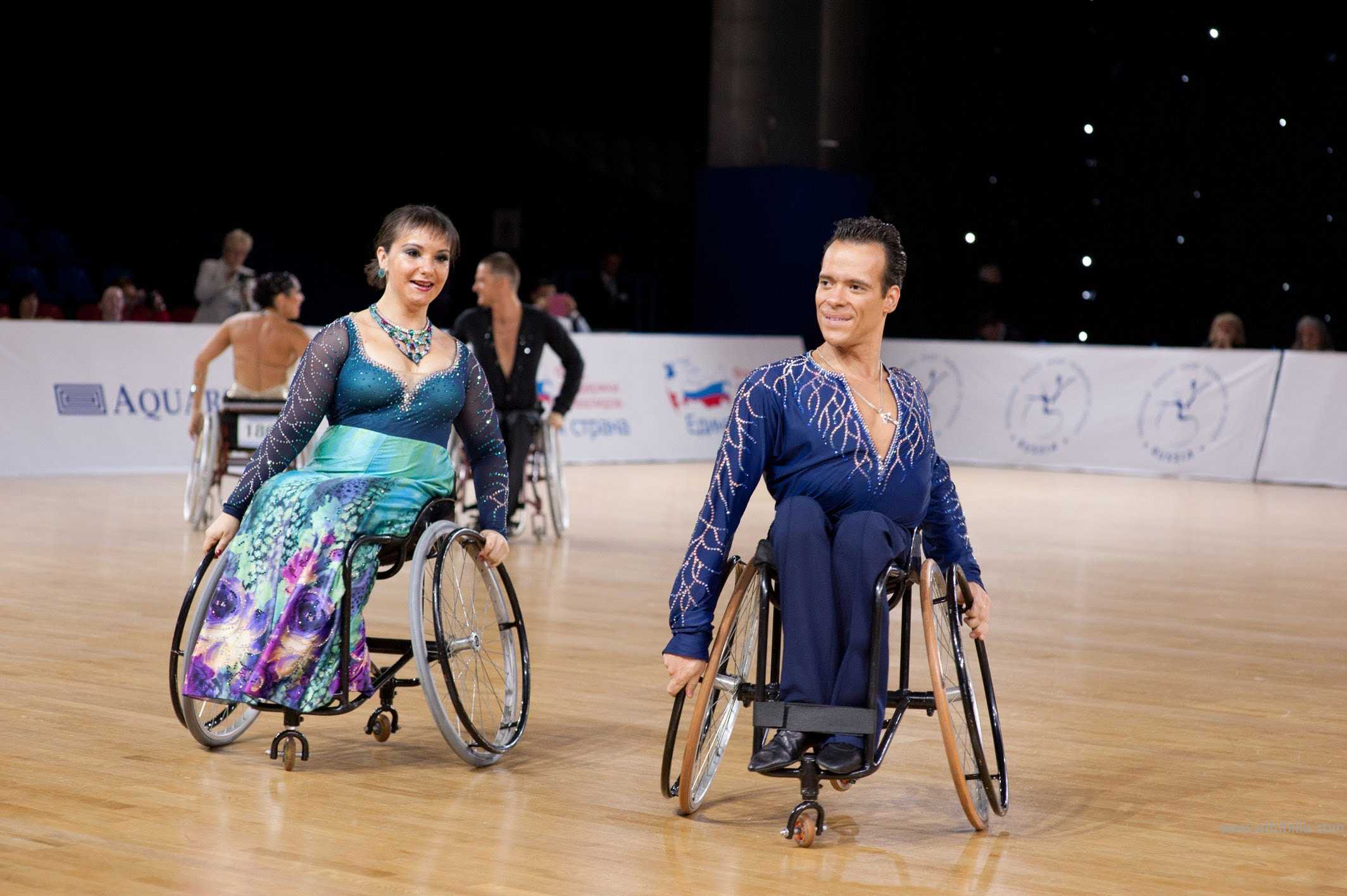 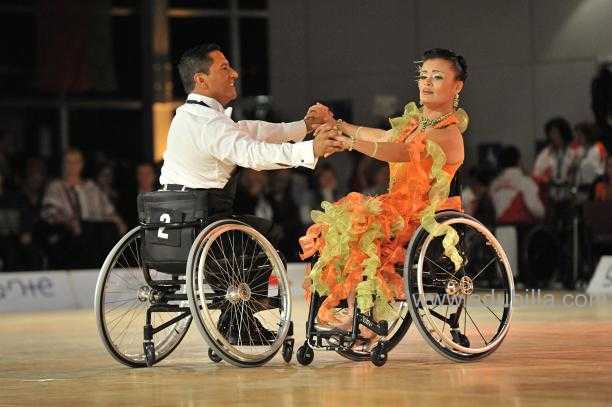 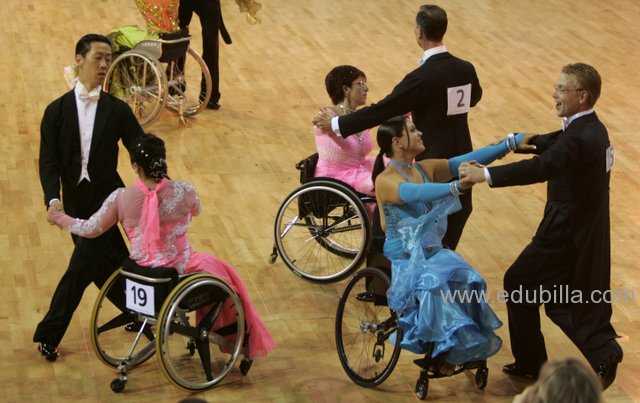 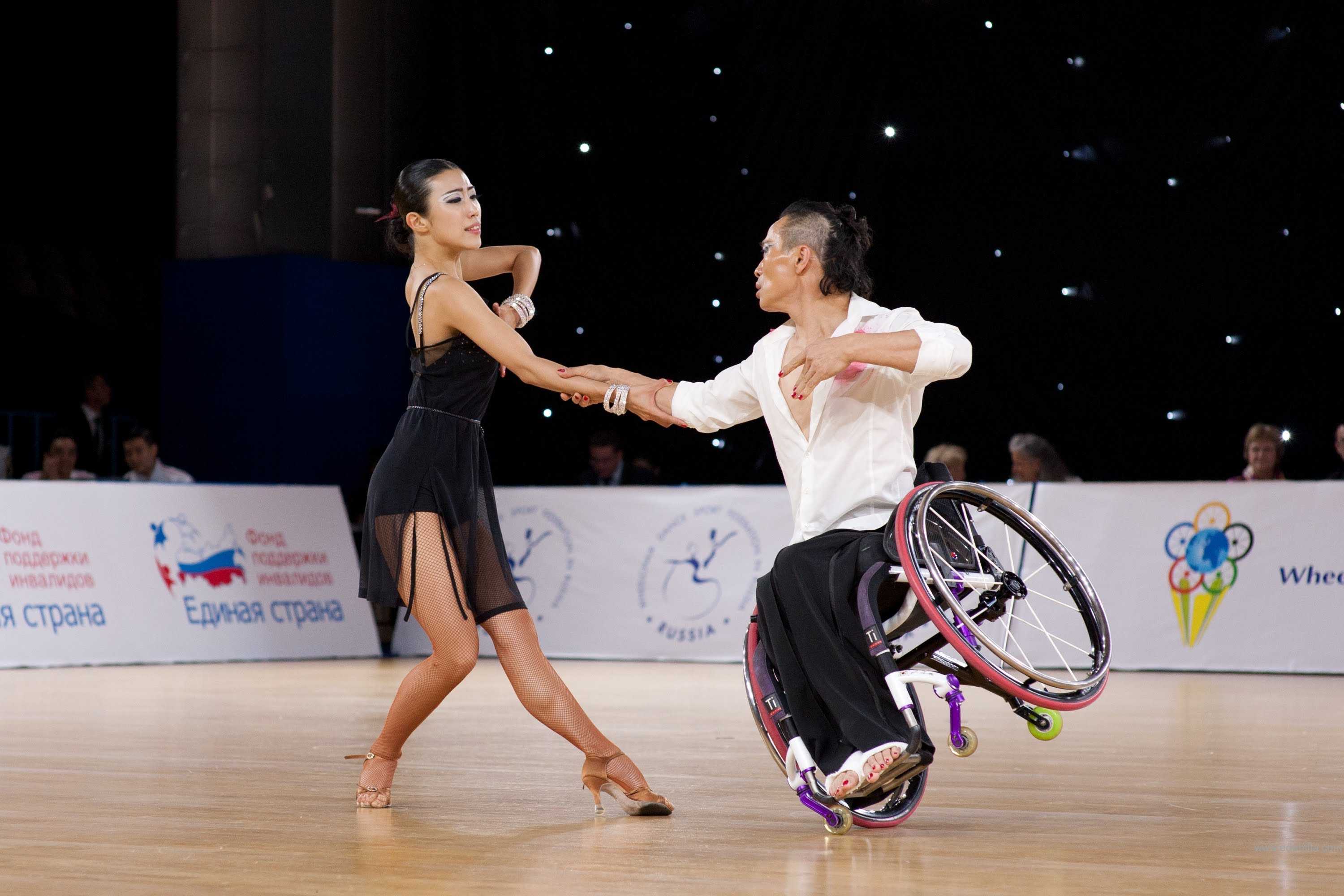 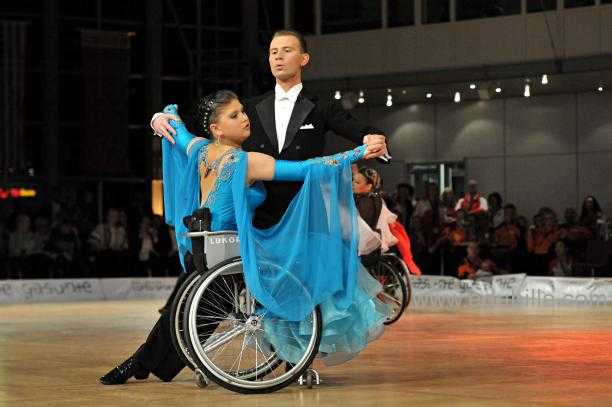 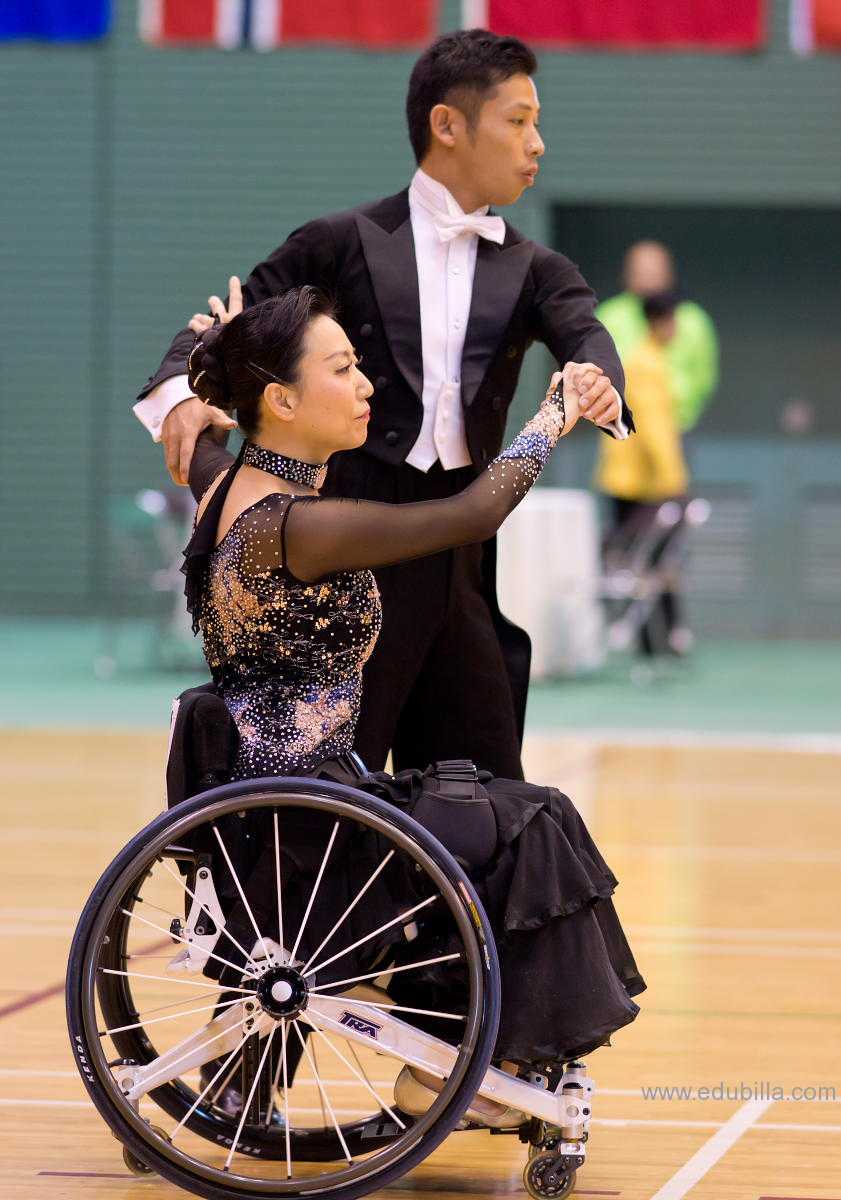 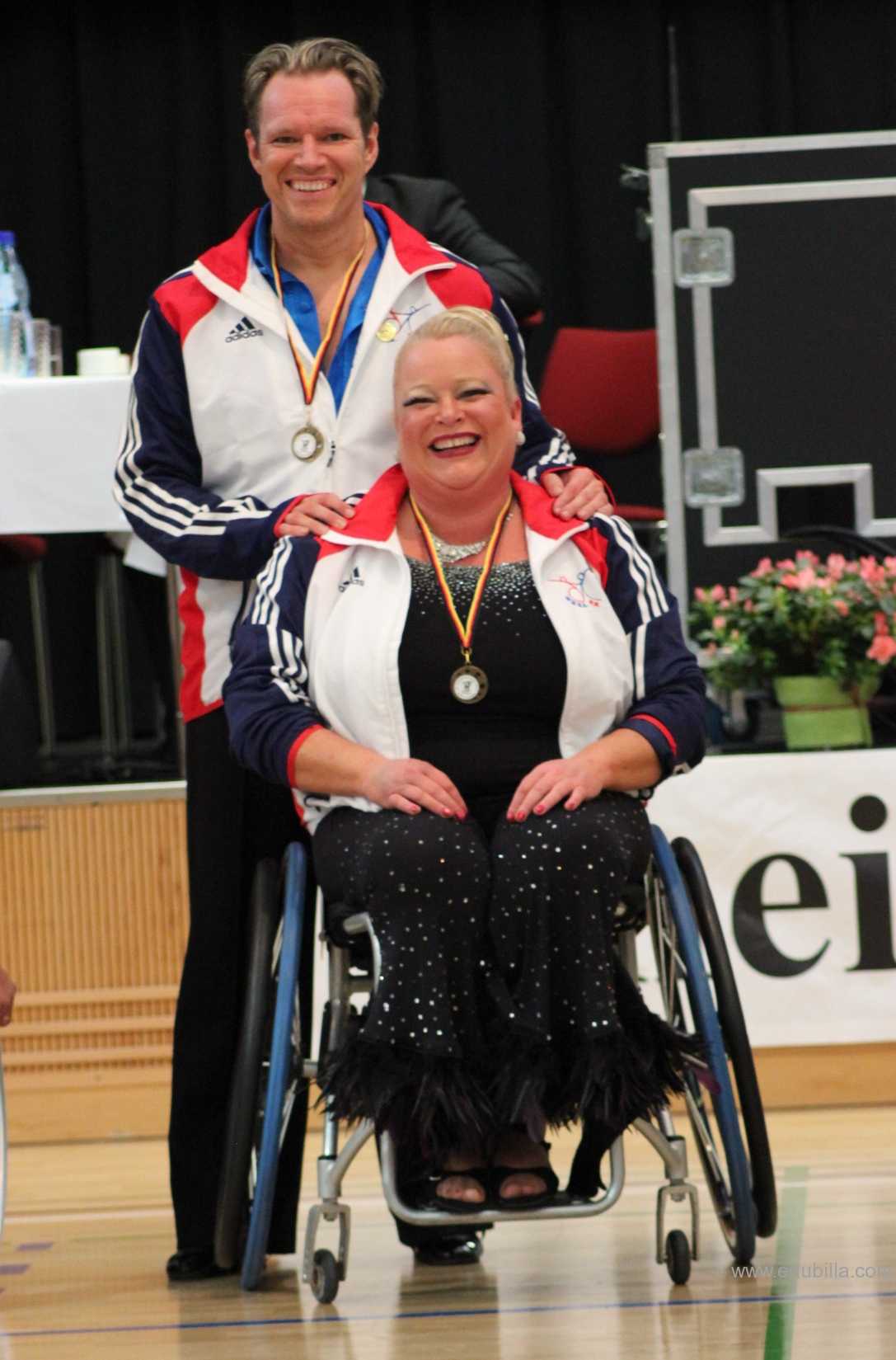 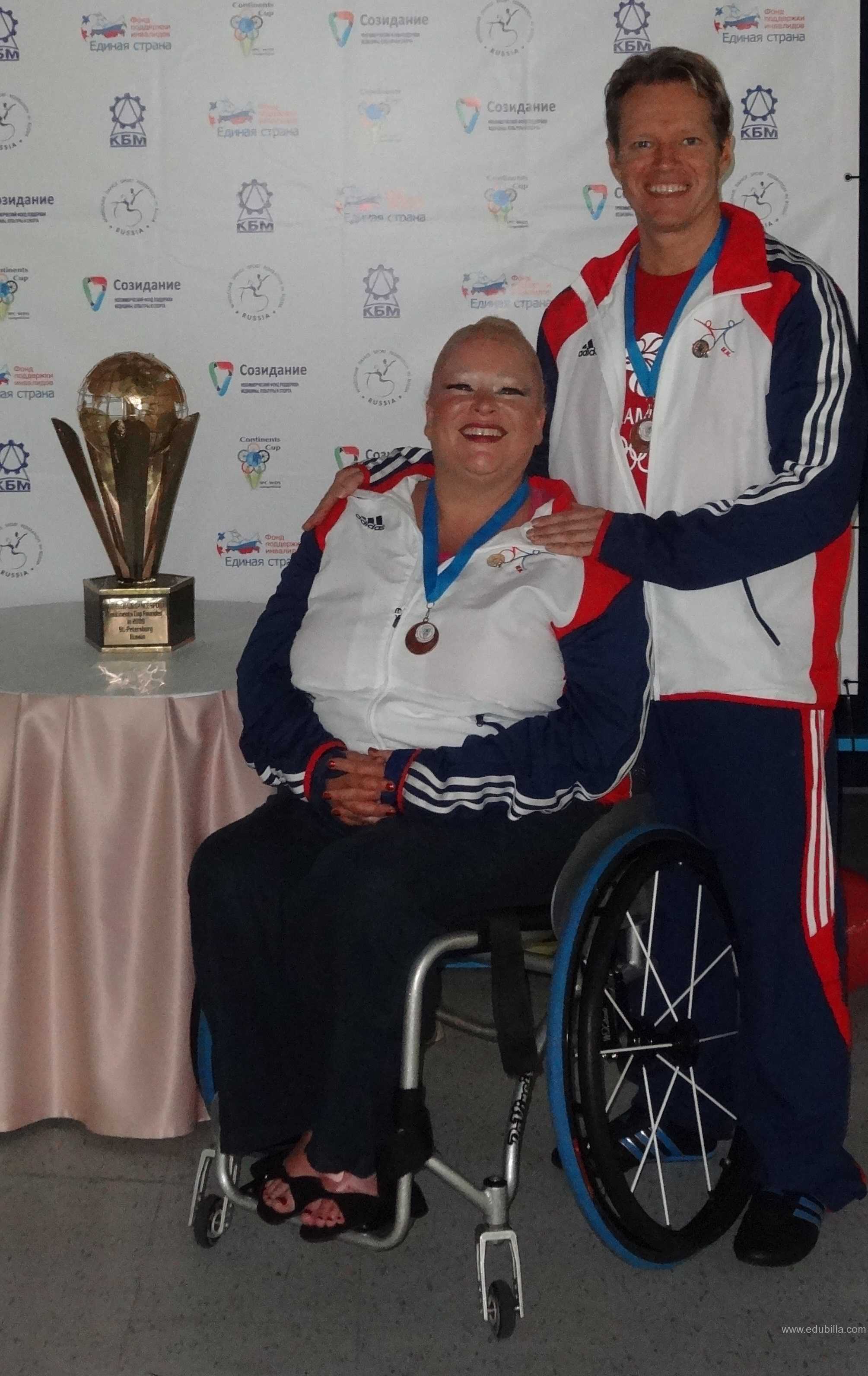 ‹ › ×
Greatest People's Quote
I hated every minute of training, but I said, “Don’t quit. Suffer now and live the rest of your life as a champion
-Muhammad Ali
Top