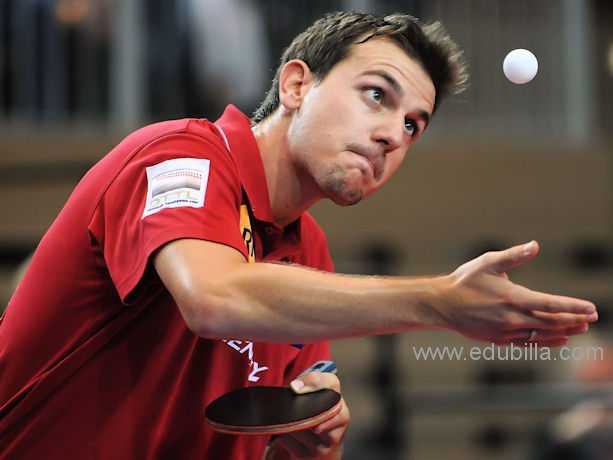 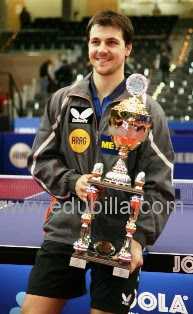 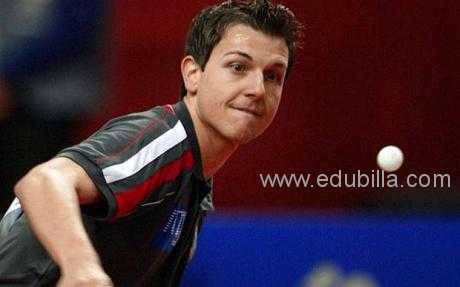 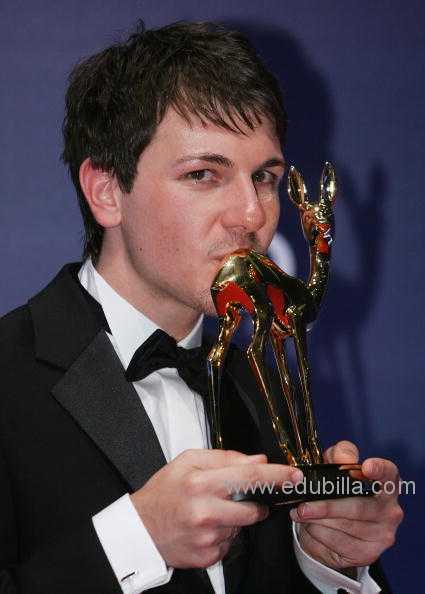 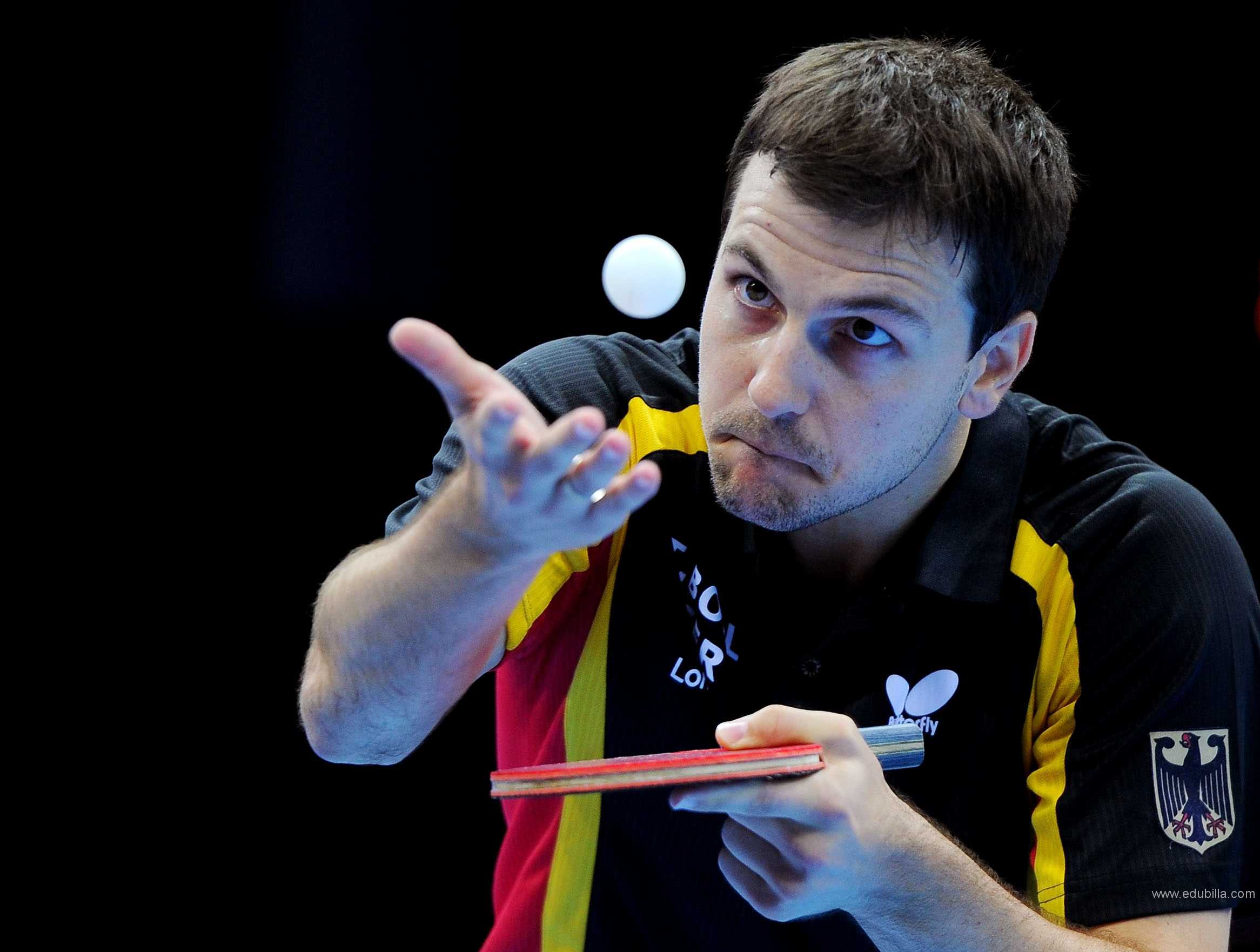 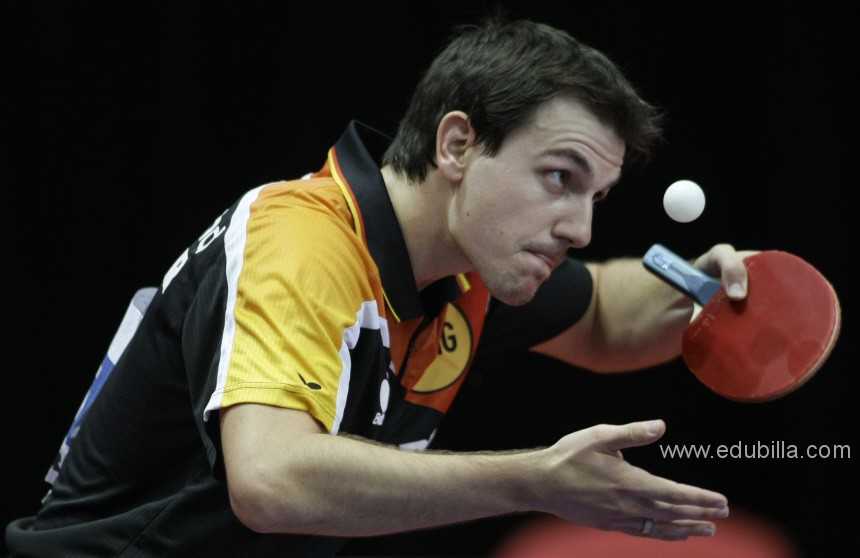 Timo Boll (born 8 March 1981) is a German professional table tennis player who currently plays with Borussia Düsseldorf and is the German No.2 of the German Table Tennis National League.As former No.1 player, he is currently ranked No.9 in the World Rankings as of December 2014.

Boll was born in Erbach im Odenwald, Hessen. At the age of four, Boll was playing table tennis and at that time was coached by his father. In 1987 he became a member of TSV Höchst and played there at association level. At the age of eight years he was discovered by Helmut Hampel, a Hessian trainer who promoted him. In 1990, he started to train at the training centre Pfungstadt and four years later changed teams to FTG Frankfurt (de) with whom he took part in the second division, at which time other table tennis associations became interested in him. TTV Gönnern (de) hired him in 1995. Timo Boll was put in position five on the team but, nevertheless, lost only one match in the whole season and thus contributed to the rise of the team in the table tennis national league.

At the age of 14, Timo Boll held, together with Frank Klitzsch, the title of the youngest player of the national league. Timo Boll celebrated his first international results during the student European championships in Den Haag 1995, where he won three gold medals. After a second place finish in his first junior European Championship 1996, he won the singles title at that championships for the following two years, as well as in the doubles and with the team. He finished school with a secondary school level I certificate.

In 2002, Timo Boll enlisted the ranks of the world top-10 players with his Europe-Top-12-Tournament victory against Vladimir Samsonov. He reached the final of the European Table Tennis Championships in Zagreb in the singles and in the doubles with Zoltan Fejer-Konnerth (de). The German team was defeated in the final by the Swedish team. The score was 2–3. With his victory in the 2002 Table Tennis World Cup held in Jinan, China (where he beat the world champion Wang Liqin and the Olympic champion Kong Linghui), Timo Boll finished the year in first position in the world rankings. During the European-Championship 2003, Vladimir Samsonov led the Belorussian team to victory in the final against the German team. After his elimination in the 2003 singles world championship in the second round, Boll lost the rank of the world's number one table tennis player.

2006-Sportsmen of the Year in Hessen

2008-Sportsmen of the Year in Hessen

2010-Sportsmen of the Year in Hessen

The men's team table tennis event was part of the table tennis programme at the 2012 Summer Olympics in London. The event took place from Friday 3 August to Wednesday 8 August 2012 at ExCeL London.The tournament was a single elimination tournament with a third place playoff played between the two losing semi-finalists.