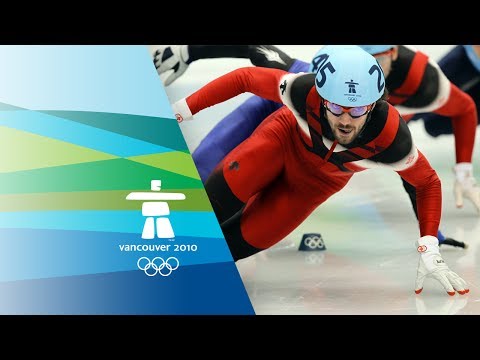 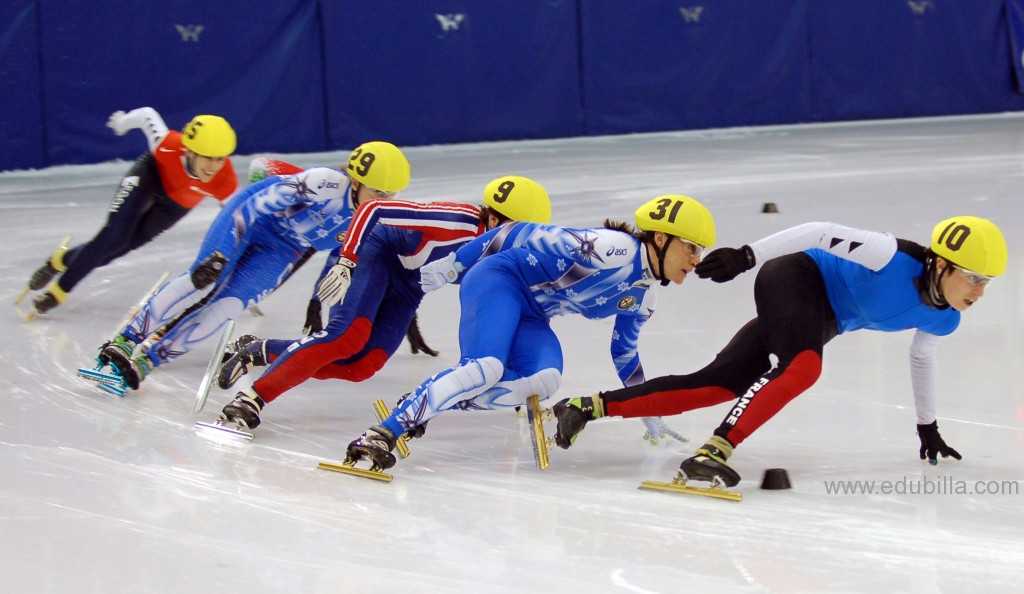 In Canada, short track competitions are held either as all-points meets, where skaters are seeded based only on their times for a standard distance (usually the 500m), or an age class, where people are seeded by age and gender. All-points meets allow racing against skaters of all ages and genders, with the exception of the Masters age class (30+). All-points meets are usually held at the local level in only certain provinces. Age class meets are utilized at the provincial and national levels. Age classes are:

There are several actions that will result in skaters being penalized (PEN) from a race, and having their time rendered invalid.

Impeding: Pushing, blocking,tripping or otherwise causing an impediment for another skater

Off track: Skating outside the designated track

Team skating: Conspiring with members from the same country, club, or other individual skaters to determine the race result. For example, forming a wall to impede passing. These infractions are rarely called as it is difficult to prove.

Assistance: Giving physical assistance to another skater. For example: pushing a teammate from behind for an extra boost, or allowing a teammate to lean on another for stability in corners

Shooting the line or Kicking out: Driving the foot in lead ahead to reach the finish faster, resulting in the lead foot lifting off the ice and creating a dangerous situation for others

Unsportsmanlike conduct: Acting in a manner not befitting an athlete or a role model. Including cursing at a competitor, kicking your feet, striking other skaters or officials, etc.

Equipment: Not wearing the proper safety equipment, losing equipment during the race, or exposure of skin not on face or neck.

False Start: Leaving before firing of the starter's pistol. On the second violation in the race, the offender on that start is disqualified.

Did not skate: The skater did not go to the starting line.

Gloves are worn to protect skaters' hands from blades. They are especially important when going around a curve because the hand is placed on the ice to help maintain balance.

Goggles are not required, but some skaters wear them to protect their eyes from wind and ice chips. Tinted lenses reduce glare and aid visibility.

Knee, shin, and sometimes neck guards offer protection from the blades of the skater in front.

Short track boots lace higher up the ankle than traditional skates and are constructed from customised foot moulds and with heavier materials to help stabilise the foot and ankle around corners. To grip the ice around turns, blades are extremely sharp and are bent in at an arc that mirrors the direction of the turn. In addition, blades are placed off-centre to the left so the boot does not touch the ice when the skater leans into the turn.

In short track speed skating, athletes compete not against the clock, but against each other. This introduces the elements of strategy, bravery and skill needed for racing.

Short track (or indoor) speed skating began in Canada and the United States of America were they held mass start competitions on an oval track as early as 1905/06. The lack of 400m long tracks led many North American skaters to practice on ice rinks. However, practicing on a smaller track brought new challenges, like tighter turns and shorter straightaways which lead to different techniques in order to win on a shorter track. These countries began competing against each other on an annual basis. The sport’s rise in popularity was partly thanks to the North American racing rules, which introduced a “pack” style of racing. Capitalising on this, the organisers of the 1932 Lake Placid Games, with the consent of the International Skating Union (ISU), agreed to follow these rules for the programme’s speed skating events.

Countries such as Great Britain, Australia, Belgium, France and Japan deserve a great deal of credit in the development of the sport since they participated in international open competitions before the sport was recognized by the International Skating Union. In 1967 the ISU declares Short Track Speed Skating an official sport but international worldwide competitions are not held until 1976. During this period of time countries kept competing amongst themselves.

After having been a demonstration sport at the 1988 Games in Calgary, short track speed skating became part of the Olympic programme in Albertville in 1992, with two individual events and two relays. The discipline comprises men’s and women’s events. Since the 2006 Olympic Games in Turin, the programme of this discipline has included eight events.

It quickly became popular with the public, who are thrilled to watch rapid races on tight tracks. The skaters race so closely to each other that collisions and falls are inevitable, which is why the walls of the speed skating oval are padded.

In recent Games, China and Korea have emerged to challenge North American dominance in this event. Indeed at the 2006 Turin Games, it was South Korea who emerged as the nation to beat, winning an incredible six gold medals, and 10 medals in total.

Short track speed skating originated in the speed skating events held with mass starts. This form of speed skating was mainly practiced in the United States and Canada, as opposed to the international form, where skaters skated in pairs.

At the 1932 Winter Olympics, speed skating events were conducted in the mass start form. Competitions in North America were also held indoors, for example in Madison Square Garden, New York, and therefore on shorter tracks than usual for outdoor skating.

In 1967, the International Skating Union adopted short track speed skating, although it did not organize international competitions until 1976.

World Championships have been held since 1981 (though events held in 1976-1980 under different names later received the status of World Championships). After several changes in the name of the competition (last time in 1989), the event is now held annually as the World Short Track Speed Skating Championships.] 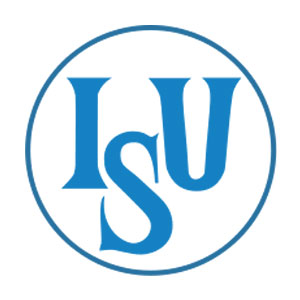 1893-The first World Championships in Speed Skating (open to men only) directly under the auspices of the ISU were held in Amsterdam (NED),The European Speed Skating and Figure Skating Chamionships (for European men skaters only) were hosted together in Berlin (GER)

1908-The first ISU Championships for Pairs Figure Skating were held in St Petersburg (RUS) and became World Championships in 1924,Figure Skating (including events for Ladies, Men, Pairs and Special Figures) was the first winter sport to be included in the Olympic Games held in London (GBR)

1920-Figure Skating (with events for Ladies, Men and Pairs) was included in the Olympic Games held in Antwerp (BEL)

1924-Both Speed Skating and Figure Skating were included in the official program of the first Olympic Winter Games, held in Chamonix (FRA)

1930-The first World Figure Skating Championships to be held outside Europe, which included all three events together (Men, Ladies and Pairs), were held in New York City (USA)

1976-Ice Dancing was included in the official program for the first time at the Winter Olympic Winter Games that were held in Innsbruck (AUT),The first ISU Junior Figure Skating Championships were held in Megève (FRA) and became World Championships in 1978

1978-The first ISU Short Track Speed Skating Championships, for Men and Ladies, were held in Solihull (GBR) and became World Championships in 1981s in 1981

1984-The first ISU Congress to be held outside Europe took place in Colorado Springs (USA),The World Cup events series in Speed Skating were inaugurated. Separate circuits were held for Men and Ladies until 1996

1992-Short Track Speed Skating was included in the official program of the Olympic Winter Games, held in Albertville (FRA)

1995/6-The Grand Prix of Figure Skating series Series and Final were started,World Championships in Speed Skating in Single Distances for Men and Ladies were inaugurated in Hamar (NOR)

1999-The Four Continents Championships in Figure Skating for skaters from North America, Asia and Oceania were inaugurated in Halifax (CAN)

2004-50th ISU Congress held at the Kurhaus Hotel in Scheveningen, The Netherlands, where the ISU was founded in 1892

2006-Team Pursuit Speed Skating was included in the official program of the Olympic Winter Games, held in Torino (ITA) 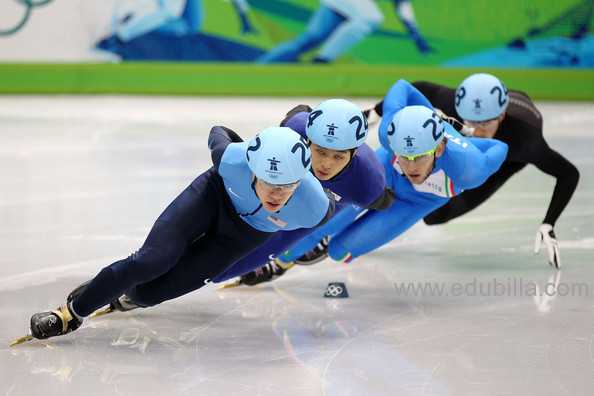 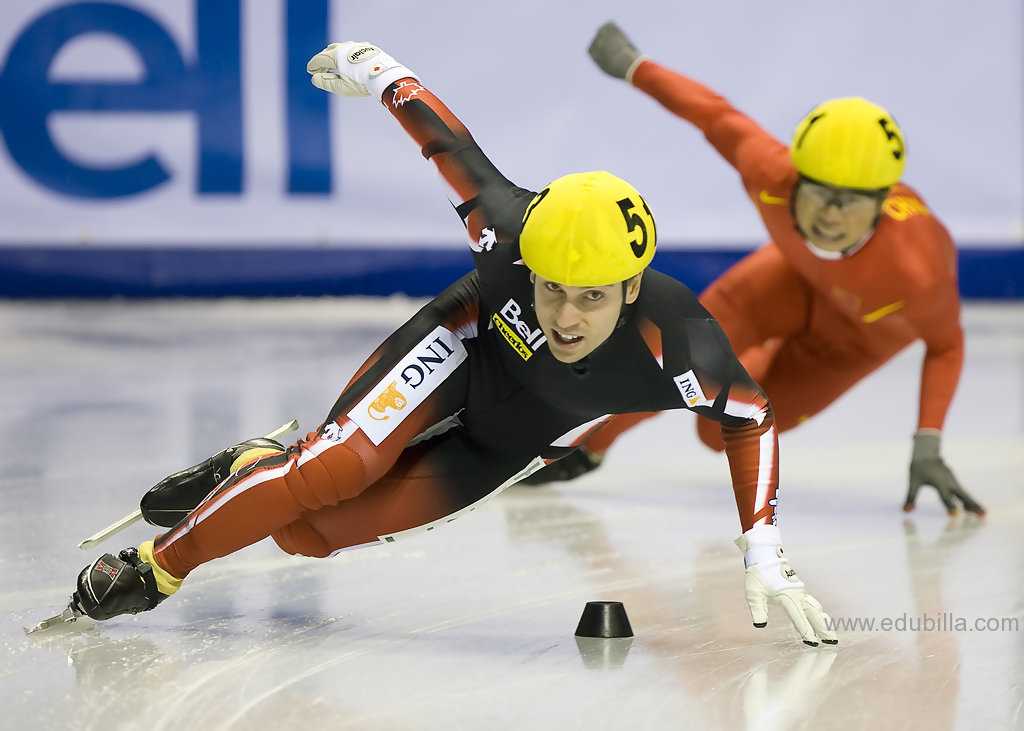 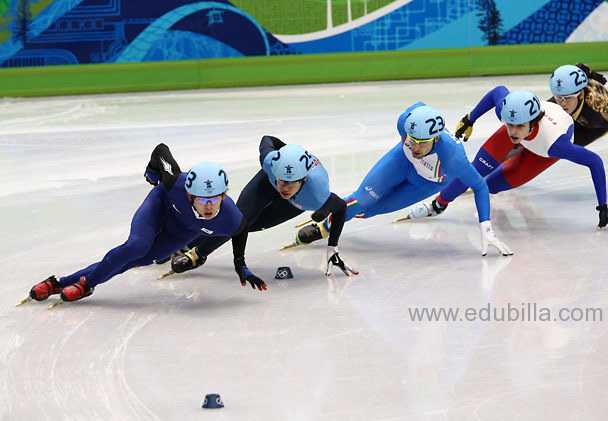 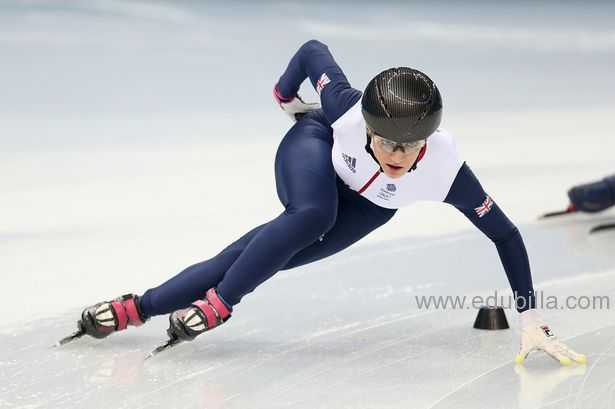 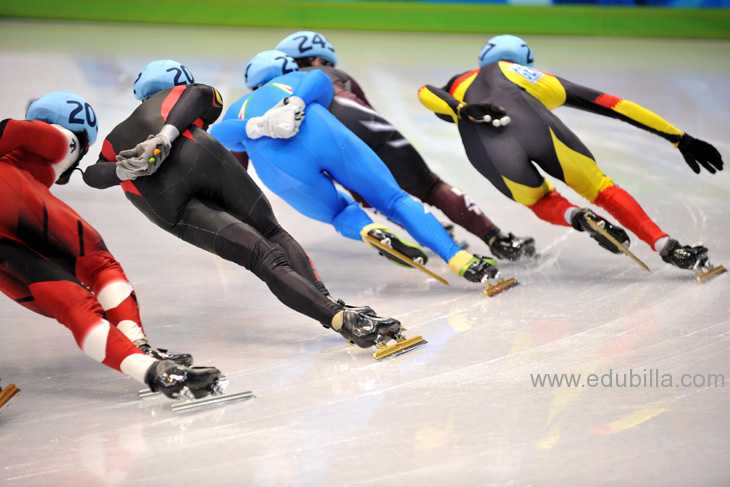 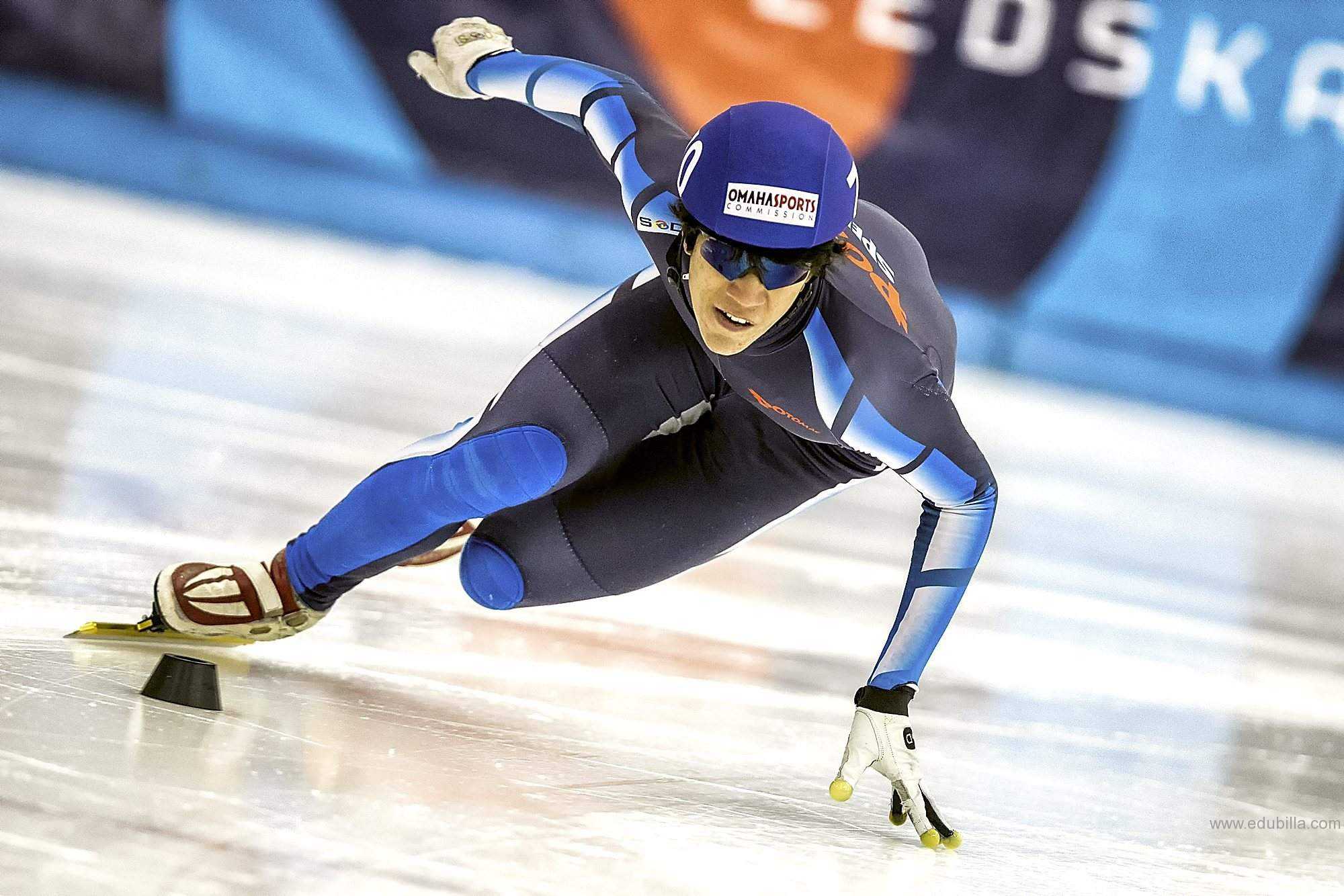 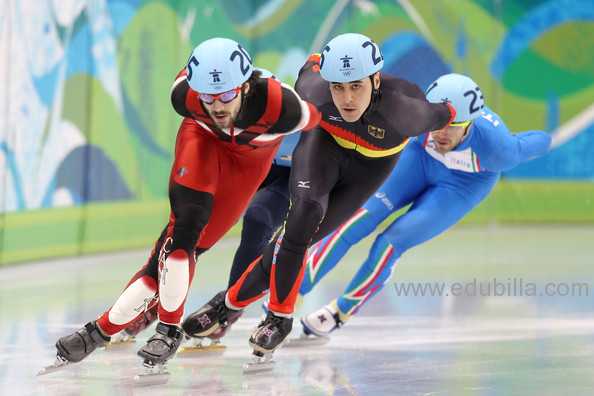 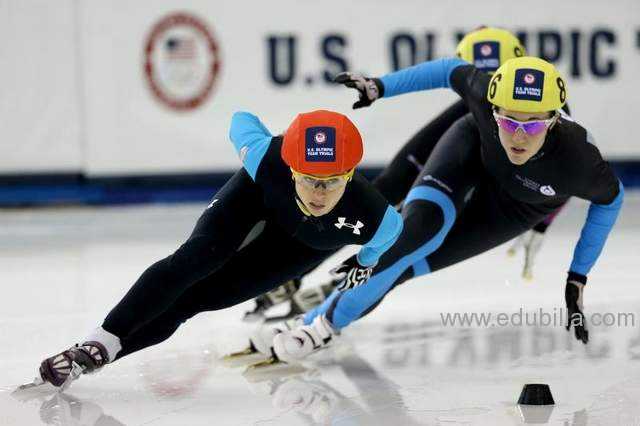 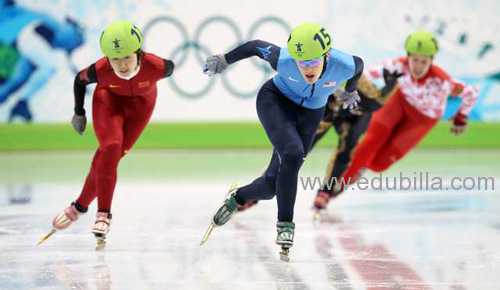 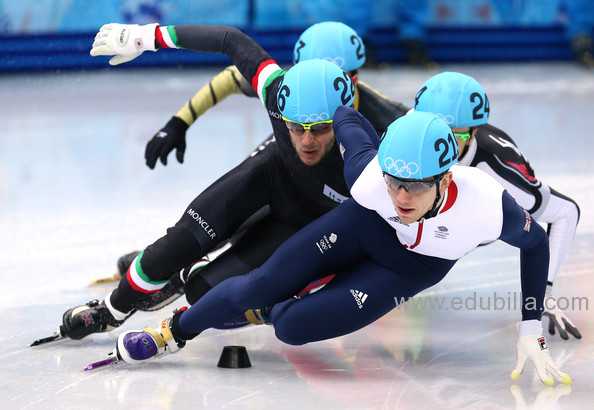 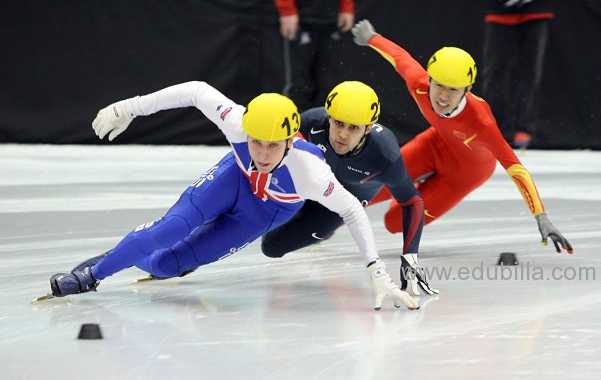 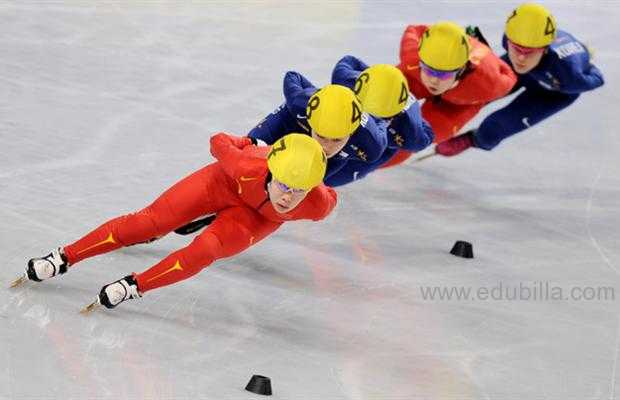 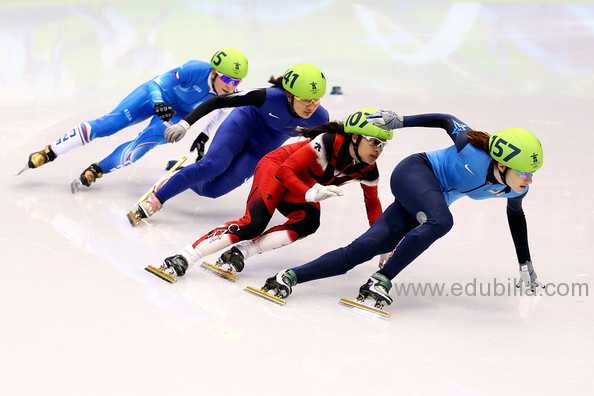 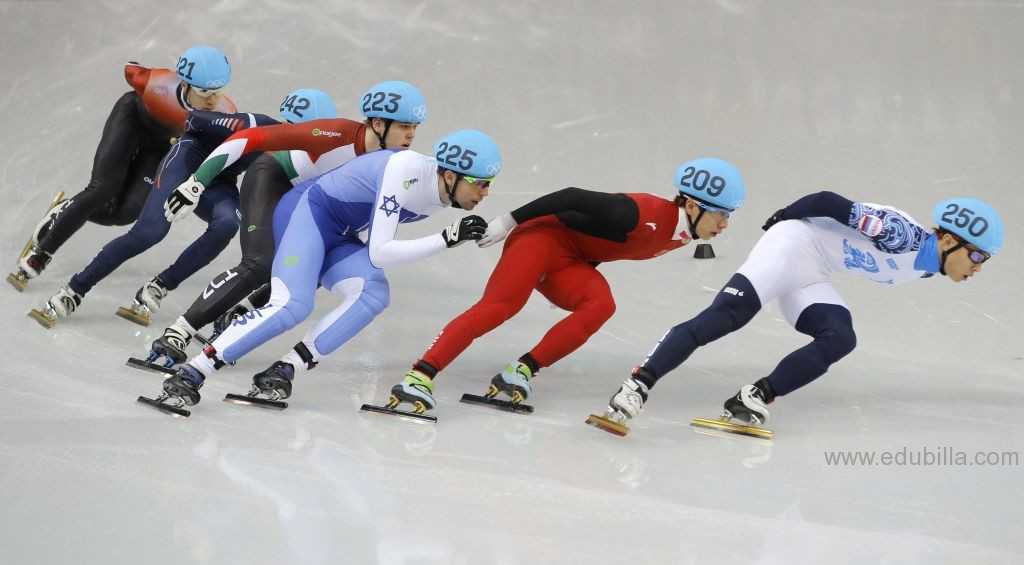 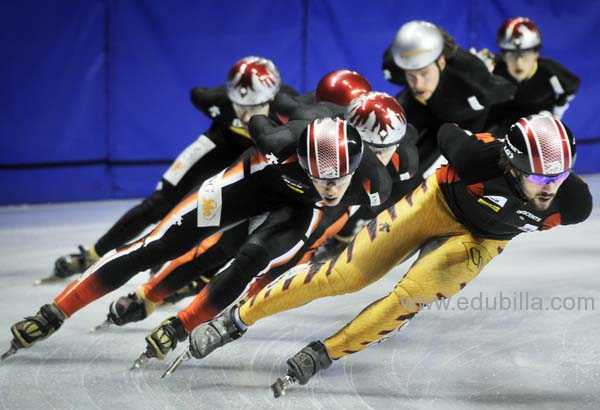 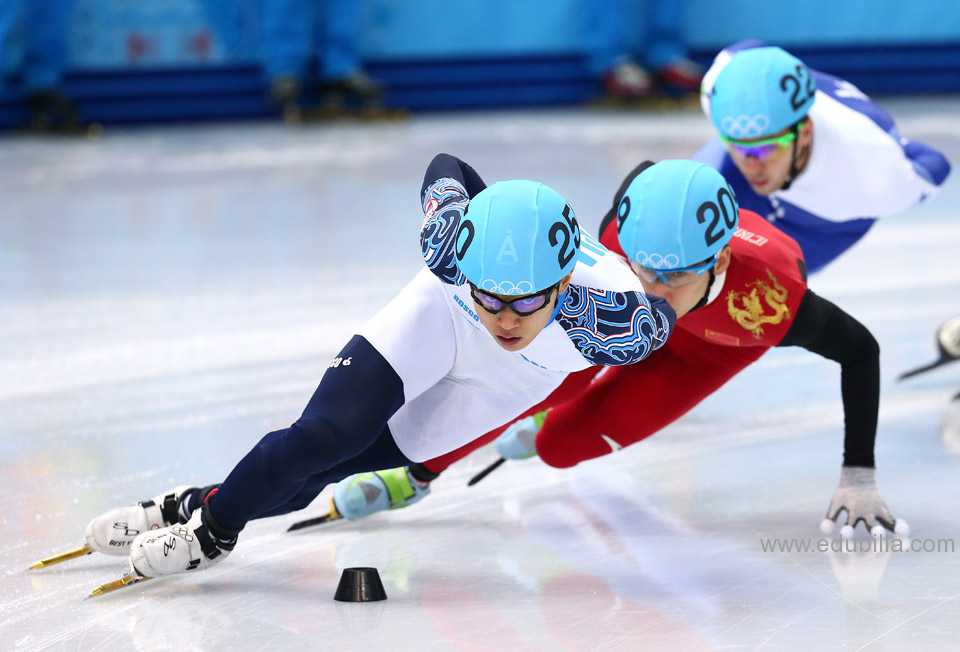 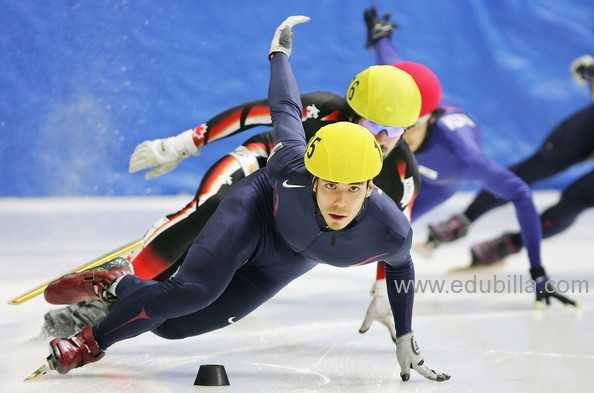