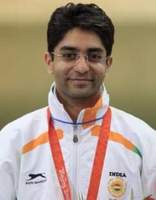 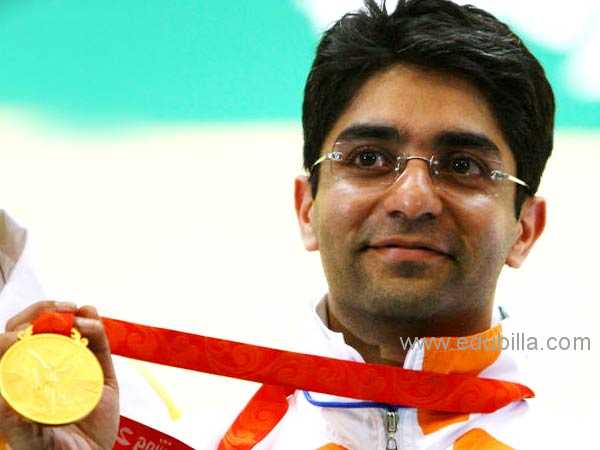 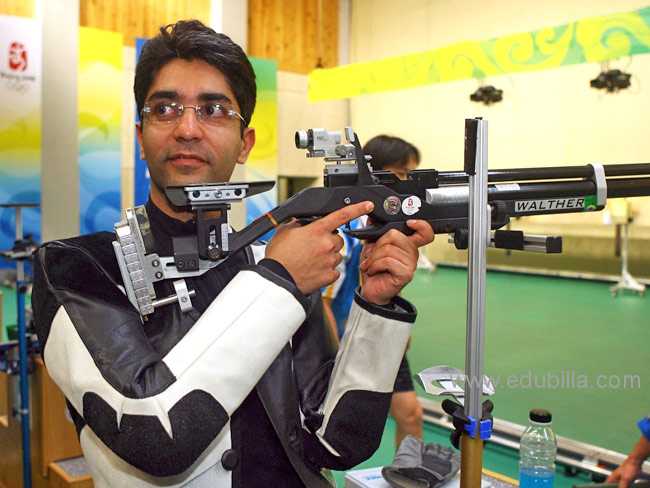 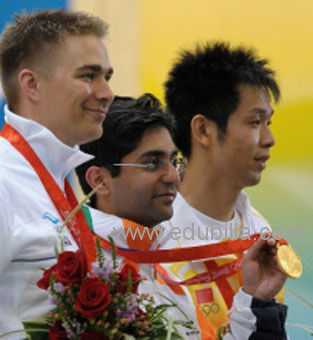 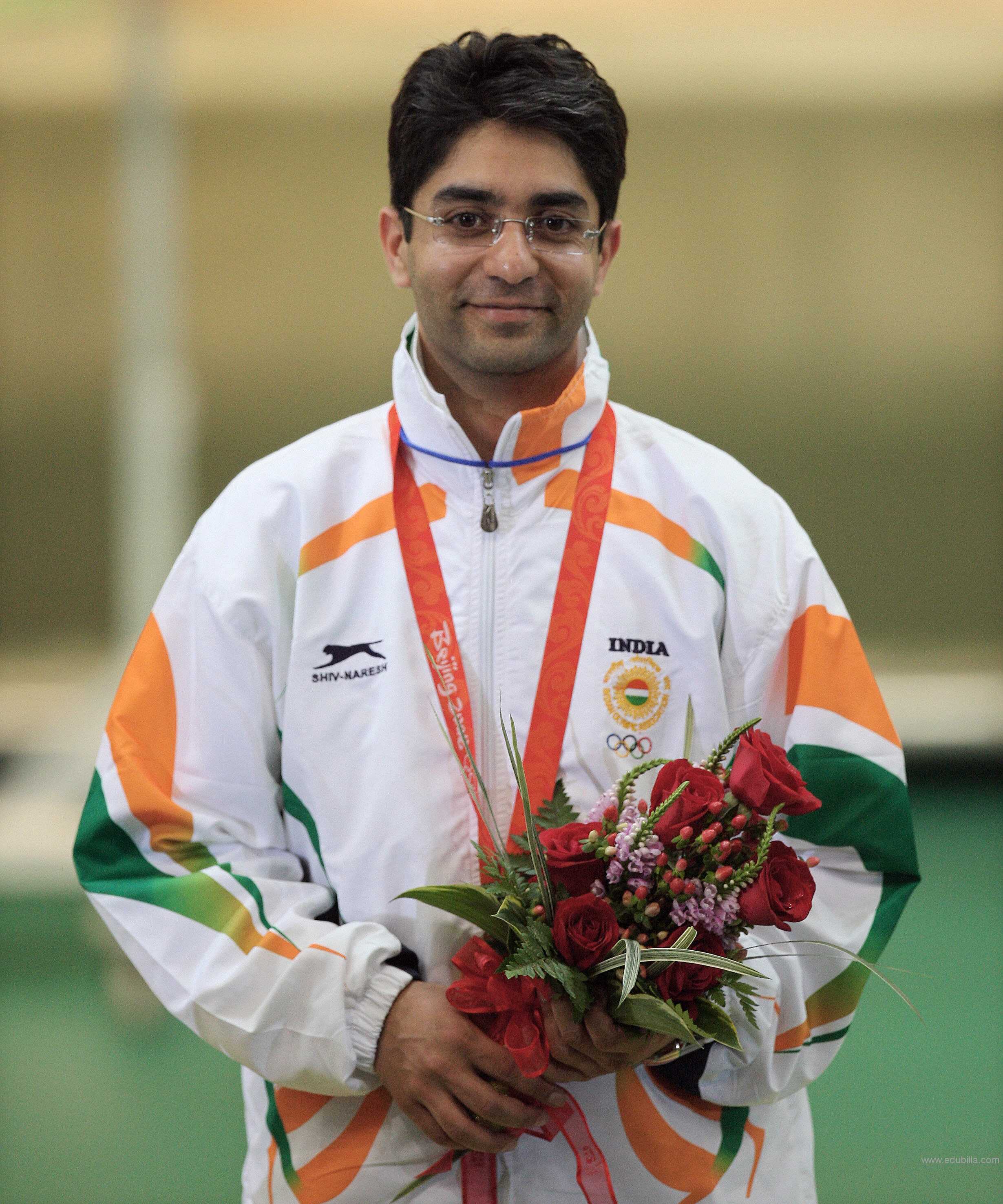 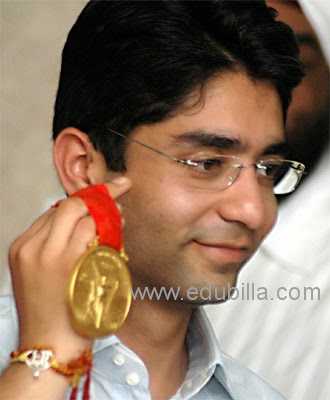 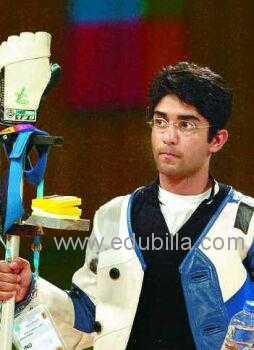 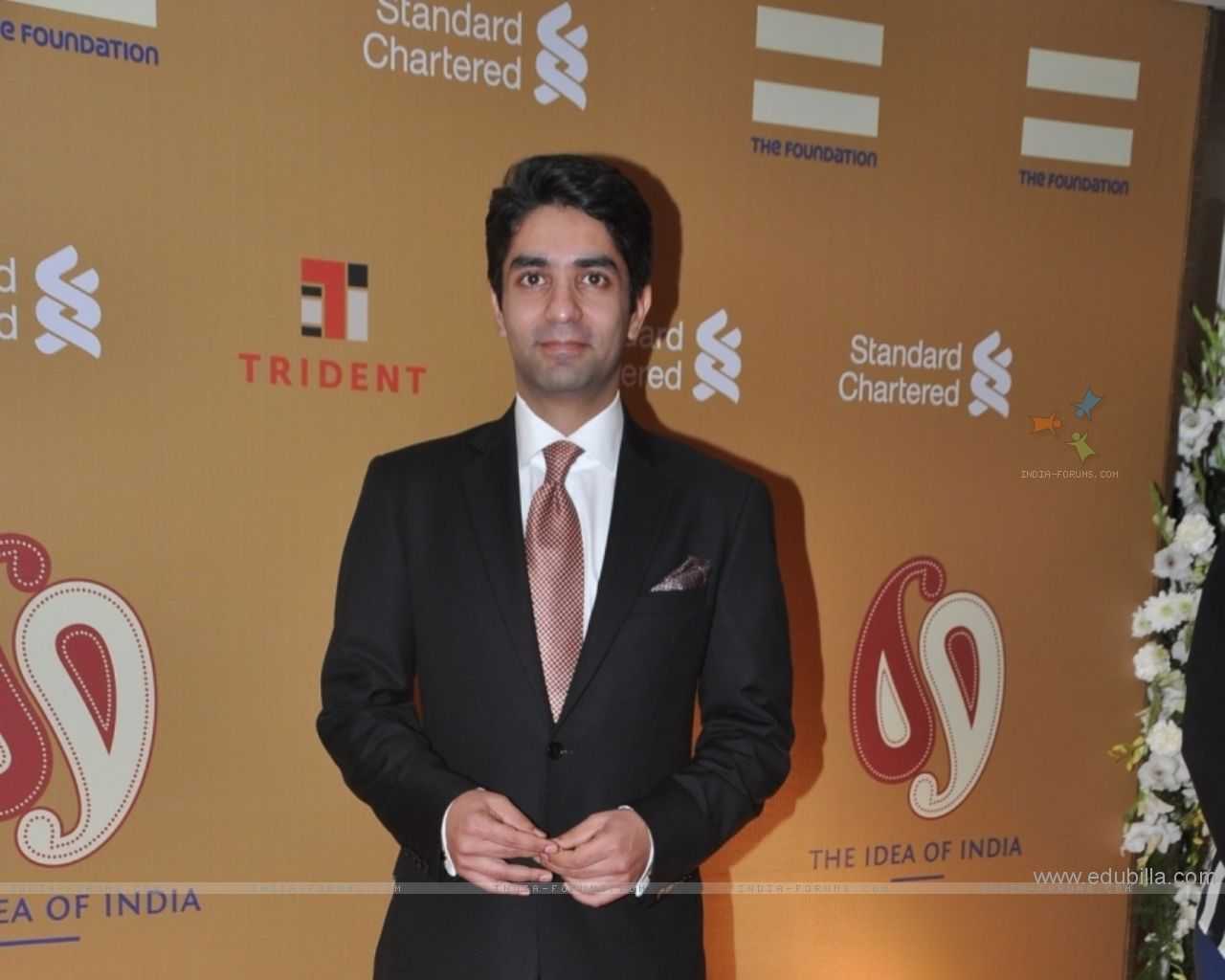 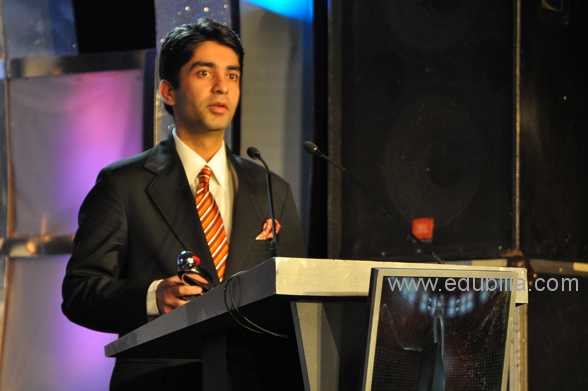 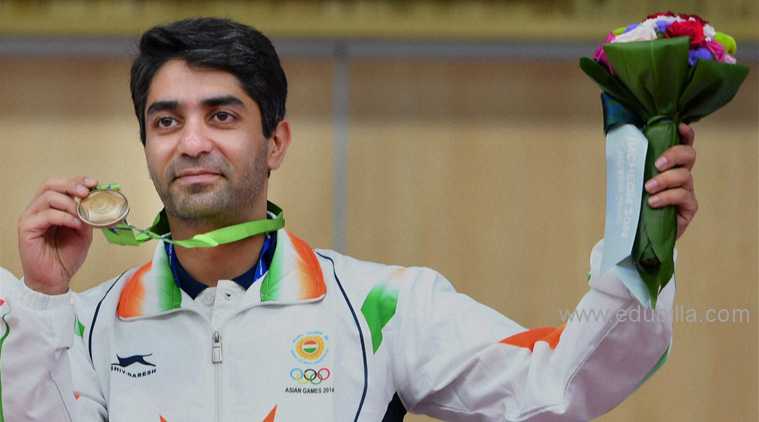 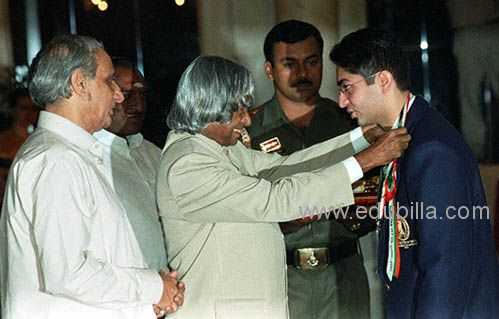 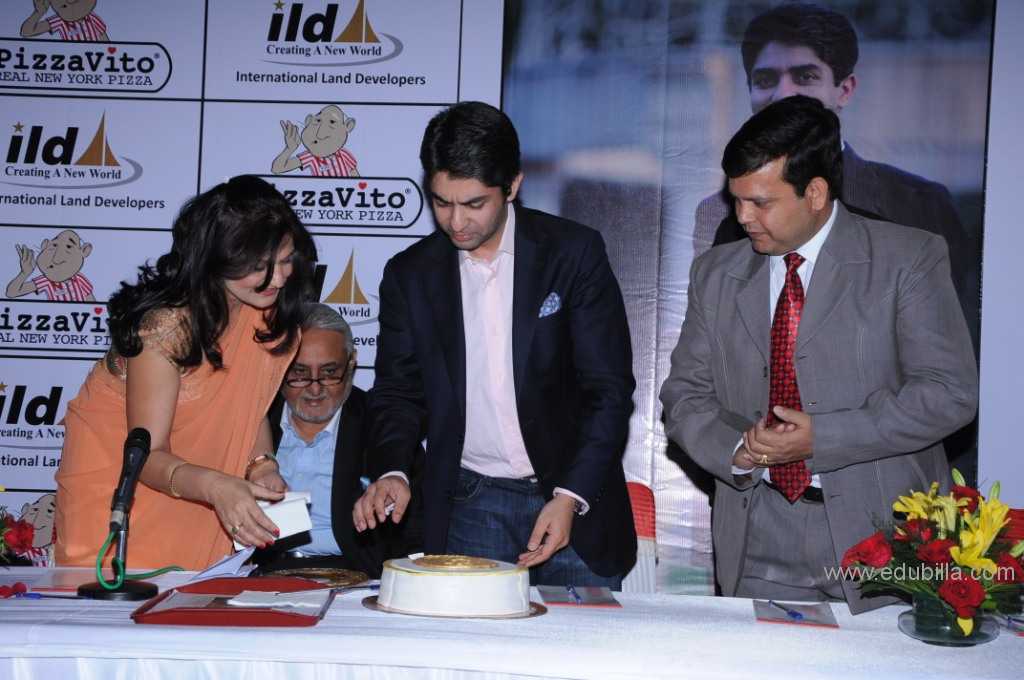 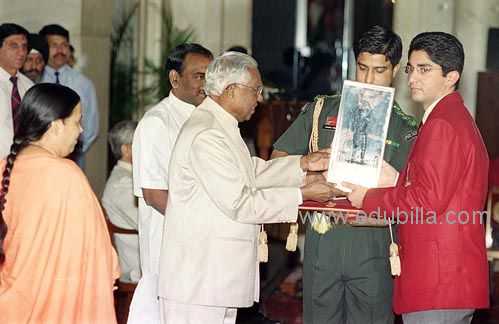 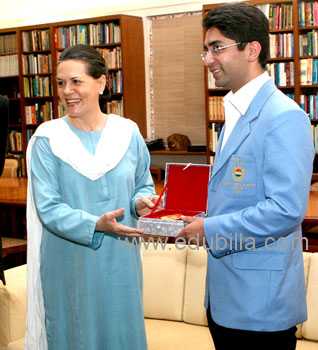 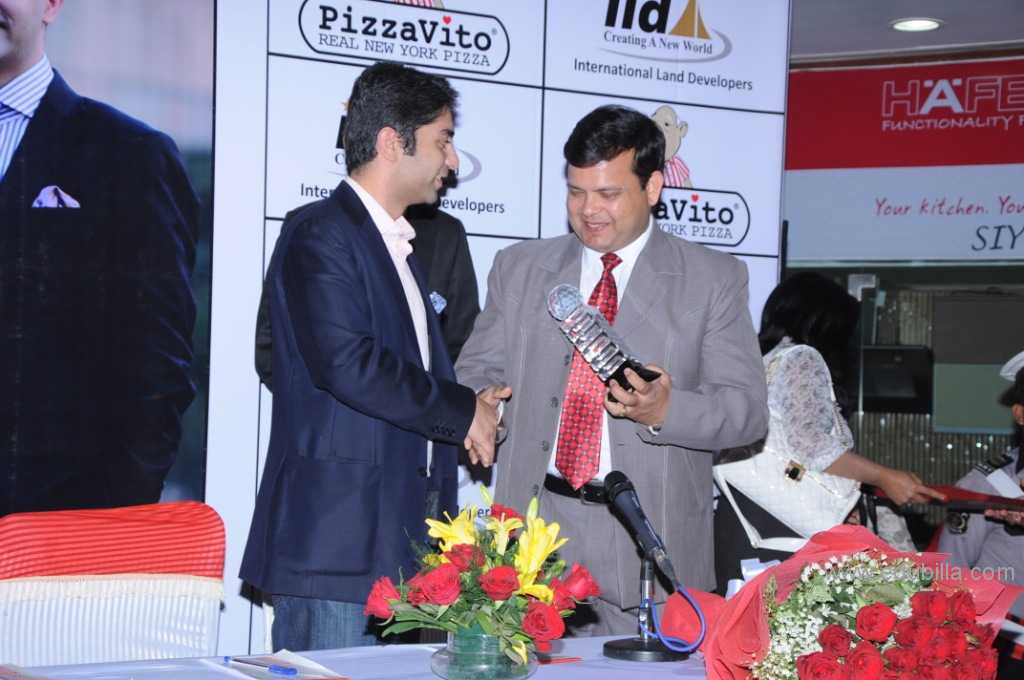 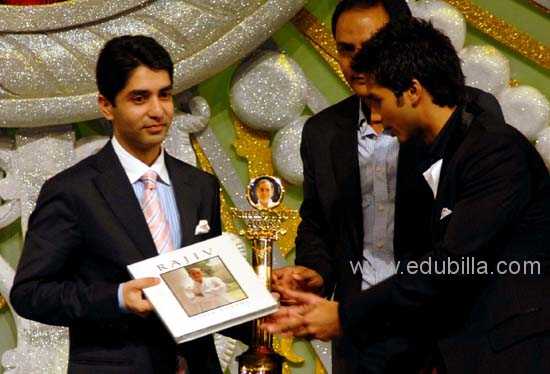 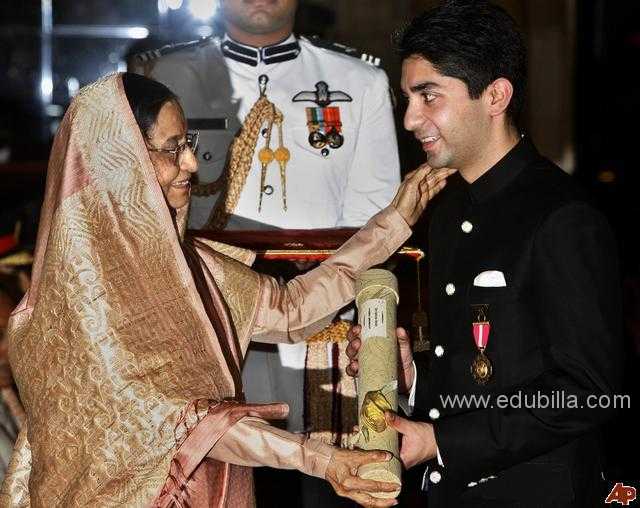 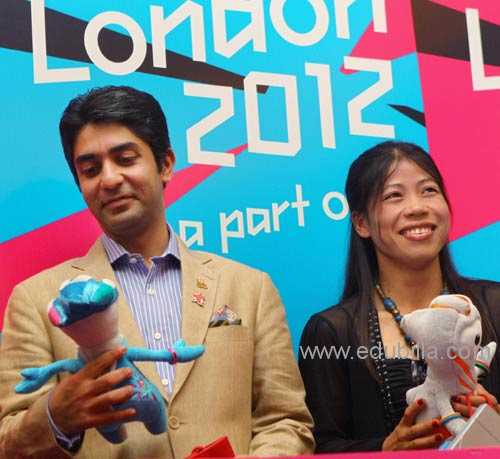 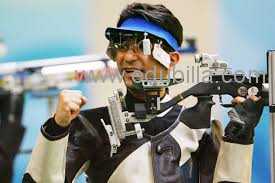 Abhinav Singh Bindra (born 28 September 1982, in Dehradun) is an Indian shooter and is a World and Olympic champion in the 10 m Air Rifle event. By winning the gold in the 10 m Air Rifle event at the 2008 Beijing Olympic Games, he became the first Indian to win an individual gold medal at the Olympic Games. It was also India's first gold medal since 1980, when the Men's Field Hockey Team won the gold.He is the first and only Indian to have held both the World and Olympic titles at the same time, a feat he accomplished by capturing the Gold Medal at the 2008 Olympic Games in Beijing, after having won the gold at the 2006 ISSF World Shooting Championships. Abhinav won Gold Medal in 2014 Commonwealth Games at Glasgow.

1.1 million (US$17,000) cash prize by the state government of Bihar. The Patna Indoor Stadium will be renamed after Abhinav Bindra.

1 million (US$16,000) prize by the state government of Karnataka

1 million (US$16,000) cash prize by Chief Minister of Maharashtra state

A free lifetime railway pass by the Railway Ministry of India

A Gold medal by the state government of Kerala.