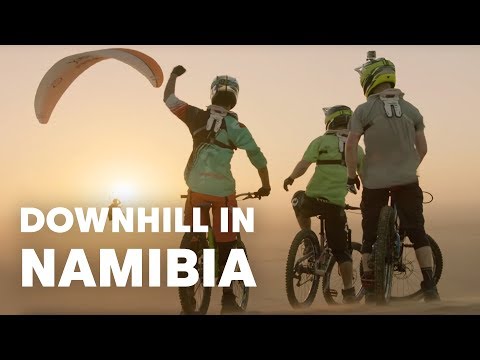 Downhill Mountain Biking in the Wilds of Africa 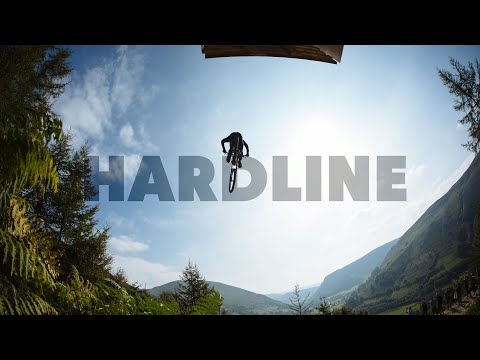 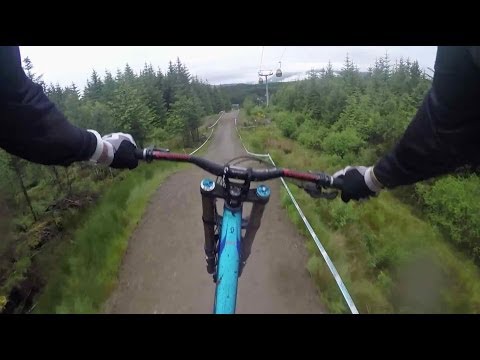 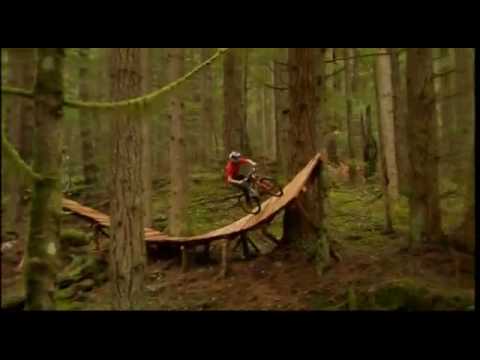 If Only Every Mountain Biking Video Was Shot Like This - Afrojacks.flv 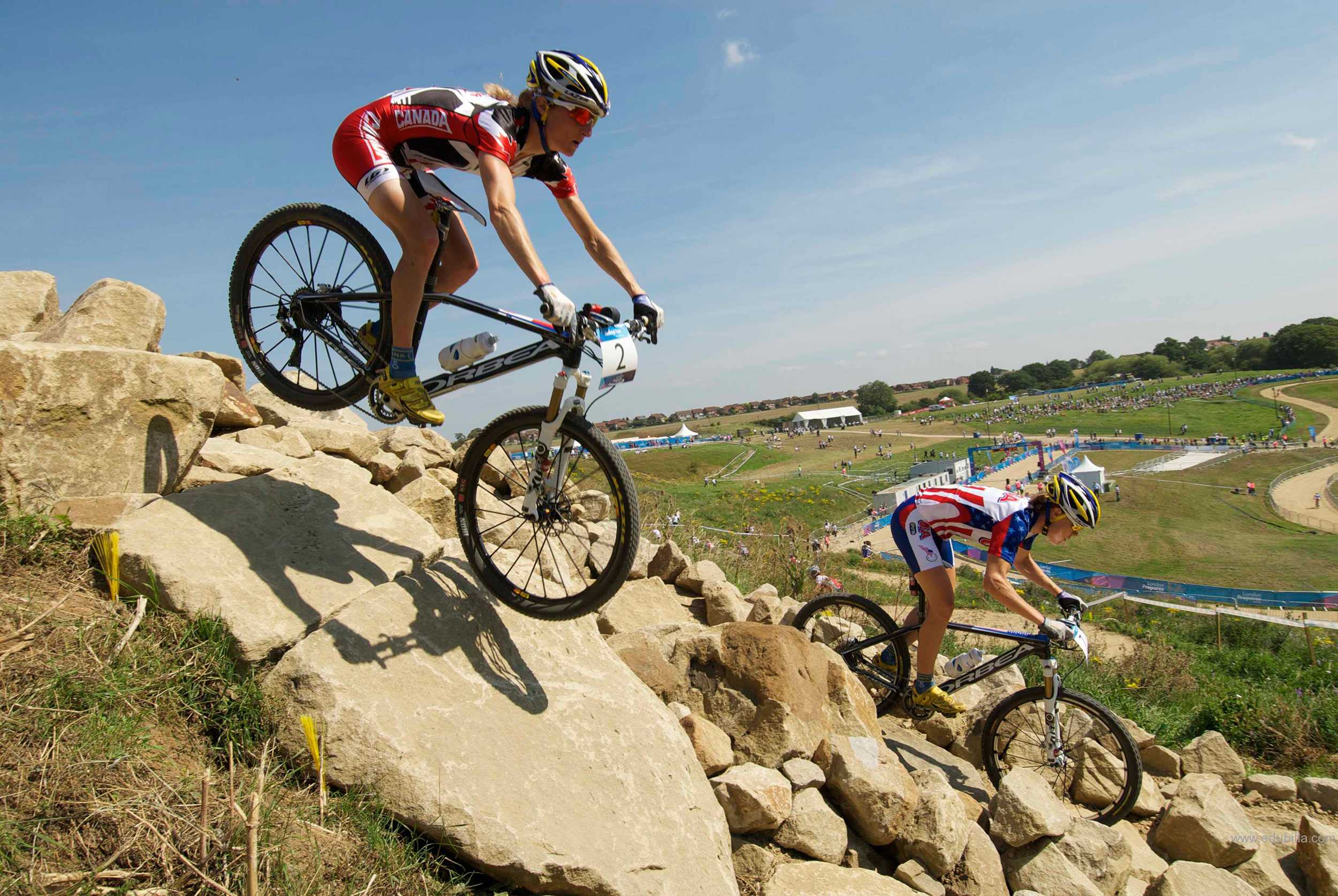 Mountain biking can generally be broken down into multiple categories: cross country, trail riding, all mountain (also referred to as "Enduro"), downhill, freeride and dirt jumping. Although the majority of mountain biking falls into the categories of Trail and Cross Country riding styles.

Ride Open Trails: Respect trail and road closures — ask a land manager for clarification if you are uncertain about the status of a trail. Do not trespass on private land. Obtain permits or other authorization as required. Be aware that bicycles are not permitted in areas protected as state or federal Wilderness.

Leave No Trace: Be sensitive to the dirt beneath you. Wet and muddy trails are more vulnerable to damage than dry ones. When the trail is soft, consider other riding options. This also means staying on existing trails and not creating new ones. Don't cut switchbacks. Be sure to pack out at least as much as you pack in.

Control Your Bicycle: Inattention for even a moment could put yourself and others at risk. Obey all bicycle speed regulations and recommendations, and ride within your limits.

Yield Appropriately: Do your utmost to let your fellow trail users know you're coming — a friendly greeting or bell ring are good methods. Try to anticipate other trail users as you ride around corners. Bicyclists should yield to other non-motorized trail users, unless the trail is clearly signed for bike-only travel. Bicyclists traveling downhill should yield to ones headed uphill, unless the trail is clearly signed for one-way or downhill-only traffic. In general, strive to make each pass a safe and courteous one.

Never Scare Animals: Animals are easily startled by an unannounced approach, a sudden movement or a loud noise. Give animals enough room and time to adjust to you. When passing horses, use special care and follow directions from the horseback riders (ask if uncertain). Running cattle and disturbing wildlife are serious offenses.

Plan Ahead: Know your equipment, your ability and the area in which you are riding and prepare accordingly. Strive to be self-sufficient: keep your equipment in good repair and carry necessary supplies for changes in weather or other conditions. Always wear a helmet and appropriate safety gear.

A large toothed ring (part of the chainset) that drives the chain via the pedals and cranks.

The two horizontal parts of the bike frame that join the bottom bracket to the rear wheel.

A less commonly used term for a sprocket.

The arms which drive the chainwheels. Cranks are bolted to the crankshaft.

The axle to which the cranks are attached.

The mechanism which moves the chain from one chainring or sprocket to another.

The part of the bicycle which the rider takes hold of.

The seat of a bicycle.

A part of a bicycle which absorbs the impact of a wheel going over an obstacle, making for a smoother ride.

The rear cog, normally a smaller toothed ring, which fits onto the rear wheel; also called a cog or cogwheel.

The setup comprising the chainwheels, chain and rear sprocket.

1800 One of the first examples of bicycles modified specifically for off-road use is the expedition of Buffalo Soldiers from Missoula, Montana to Yellowstone in August 1896. The Swiss military had its first bike regiment in 1891.

1817 Baron von Drais invents the Draisine (also known as a Hobby Horse or Swift-Walker), an improved celerifere than can be steered with handlebars.

1839 Kirkpatrick MacMilan of Scotland adds cranks and treadmills to the rear axle of a two-wheeled vehicle, but gains only local notoriety.

1858 Pedals are added to the front wheel of a two-wheeled machine, creating a bone-jarring machine challed the velocipede or "boneshaker."

1868 Velocipedes are manufactured in the United States and velocipede riding becomes a popular fad.

1872 The Ariel, the first high-wheel Ordinary, is manufactured in Britian.

1876 The Ordinary or high-wheeler is first displayed in America.

1880 League of American Wheelmen is founded and begins lobbying for better roads.

1894 Fashion designers re-introduce the bloomer costume, freeing women from the restrictive corsets and dress of the time.

1895 Chicago puts its mailmen on bicycles; the price of a good-quality horse reaches a new low; four schoolmarms stir up controversy by wearing bloomers to work.

1896 In august of 1896 a group of buffalo soldiers and a white liutenant when on a "mountain biking trip" to test the practicality of bicycles in the military.

1940 In the 1940's cyclocross became a sport. Cyclocross consists of riding road bikes off road fith nobby tires and jumping over barriers. It was invented by road cyclists as a way of staying fit in the winter.

1953 The first mountain bike enthusiast in the United States. He built a bike that he called a "woodsie bike" using a schwinn diamond frame balloon tires and flat handlebars. John was 20 years ahead of his time.

1970 Also known as the "Morrow Dirt Club", these men invented thumb shifters for there mountain bikes and used drum, brakes from motor cycles to ride up and down the california hills. They competed in a cyclocross race with future pros in !974, and their technology was noticed.

1972 Bicycles outsell cars in the United States --13 million to 11 million; bicycle thefts account for 17% of all larcenies in the U.S.

1976 2,000 cyclists celebrate the Bicentennial by riding across America.

1976 In 1976 Gary Fisher and a few other famous mnames in the cycling community put on a race in Marin county in which you would race up a 2.9 mile dirt track.

1984 The road race becomes the first women's cycling event at the Olympics.

1984 In 1984 the clunkers race was canceled because of local authorities having issues with the insurance.

1995 Fred Rompelberg of the Netherlands sets a new bicycle speed record of 166.9 mph. At the time, he was 50 years old, and the world's oldest professional cyclist.

2000 The technology really started to get better and become what it is today. The 29er was born, the full suspension, and disc brakes were being used.

2004 Hydraulic disc brakes became common on the nicer bikes. Suspension had been vastly improved and is produced by companies such as "Fox", "Rockshox", "Marzoochi", "Magura", and "Manitou".

2013 Youth are becoming interested in all shapes of cycling especially mountain biking. Youth cycling teams are appearing everywhere. The future is comig.

In the 1970s, tough new bikes that relished rough terrain were developed and mountain biking was born. The sport started in California but its popularity soon spread.

A sport is born:

In the 1970s, mountain biking developed as a fringe sport in California. Taking a bike off-road was nothing new but the development of a new bike that relished such terrain was; these bikes had fatter tyres, rapid-shift gears, drum brakes and ground-breaking suspension. These bikes gave thrill seeking cyclists a much more freedom and the sport of mountain biking was born.

The members of the Velo Club Mount Tamalpais in California generally receive the credit for establishing mountain biking as a sport. They invented the Repack Downhill race, held regularly between 1976 and 1979 just across the famous Golden Gate Bridge from San Francisco. The races attracted riders from near and far, and the media soon started taking an interest.

The first national mountain bike championships were held in 1983 in the USA. But the sport quickly grew in popularity in Europe and Australia. The first mountain bike World Championships, recognised by the International Cycling Union (UCI), were organised in 1990. Olympic recognition followed and mountain biking made its debut as an Olympic discipline at the Atlanta Games in 1996, with a cross-country event for men and women. The programme has remained unchanged ever since.

Among the big names in this discipline is France’s Julien Absalon, a two-time gold-medal winner - in 2004 in Athens and in 2008 in Beijing.

In 1993 IMBA hired Tim Blumenthal, a former IMBA board member and cycling journalist, as its executive director. When Blumenthal began, the organization had roughly 1,200 individual members and about 60 affiliated clubs. The headquarters moved to Boulder, Colorado, in 1994.

In the late 1990s, IMBA's membership grew in Canada, Europe and Australia. An international summit was held in Switzerland in 1997. Educational outreach programs such as the Trail Care Crews – traveling trailbuilding schools sponsored by Subaru car corporation – helped expand IMBA's reach. At the end of 1999, IMBA had more than 28,000 individual members, 14 staffers and a budget of $1.2 million.

In 2006, IMBA's membership grew to 32,000 members, with more than 600 affiliated clubs and patrols and a staff of 26. International programs, including IMBA Canada, are continuing to grow. In the US, IMBA has established partnership agreements with most major federal land management agencies, and is widely recognized as a leading source of information for trail-based recreation.

Beginner, Sport, Expert: The top finishers in each age and sex class, at each event, will receive awards, prizes or cash at the discretion of the event organizer. The number of places awarded is based on the average number of racers in each class. Classes may be combined if less than 5 racers in any single category.

Youth, Beginner and Sport: The top 3 in each age and sex class will receive an award in recognition of their overall result. Overall division winners may be presented with additional prizes.

The top 3 overall Expert men and women will be presented with award to commemorate their accomplishment. The possibility exists for merchandise and cash awards above and beyond the plaques. Those receiving an overall award will be excluded from receiving an age class award. Overall division winners may be presented with additional prizes.

Series award winners wishing to claim their award are strongly encouraged to participate in the official awards ceremony at the conclusion of the series as winners must be present to claim award.

To be scored in the OPS Series overalls, a competitor must compete in a minimum of 6 of the 14 series events. A DNF "will" count towards series qualification as 1 point. Best 6 of 14 race results used in series scoring. In case of a tie, head-to-head results at the Reagan Park Single Track Time Trial will be used to determine placing. If a tie still remains, a tie will be declared and both racers will receive equal awards, with the next place being dropped or if both parties agree - an arm wrestling competition to determine winner. 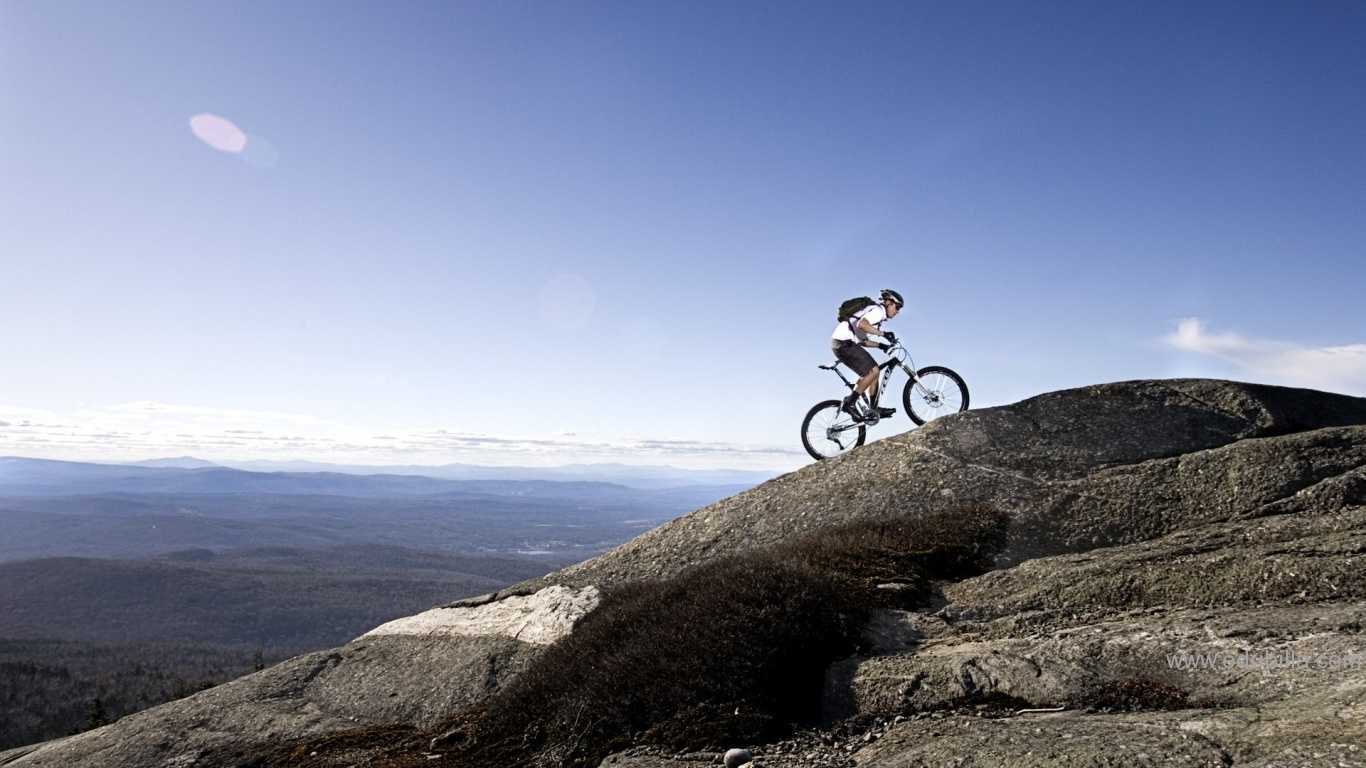 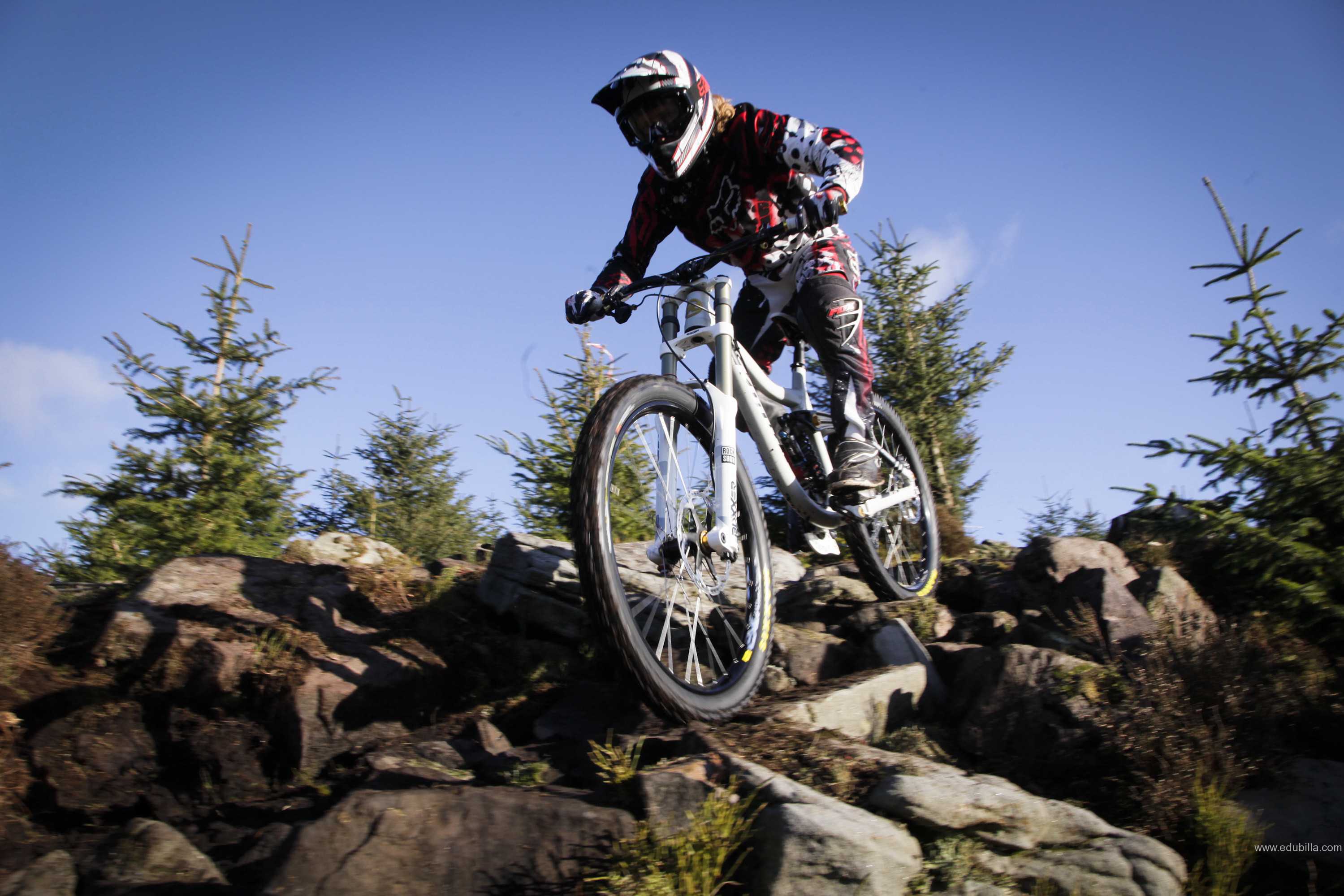 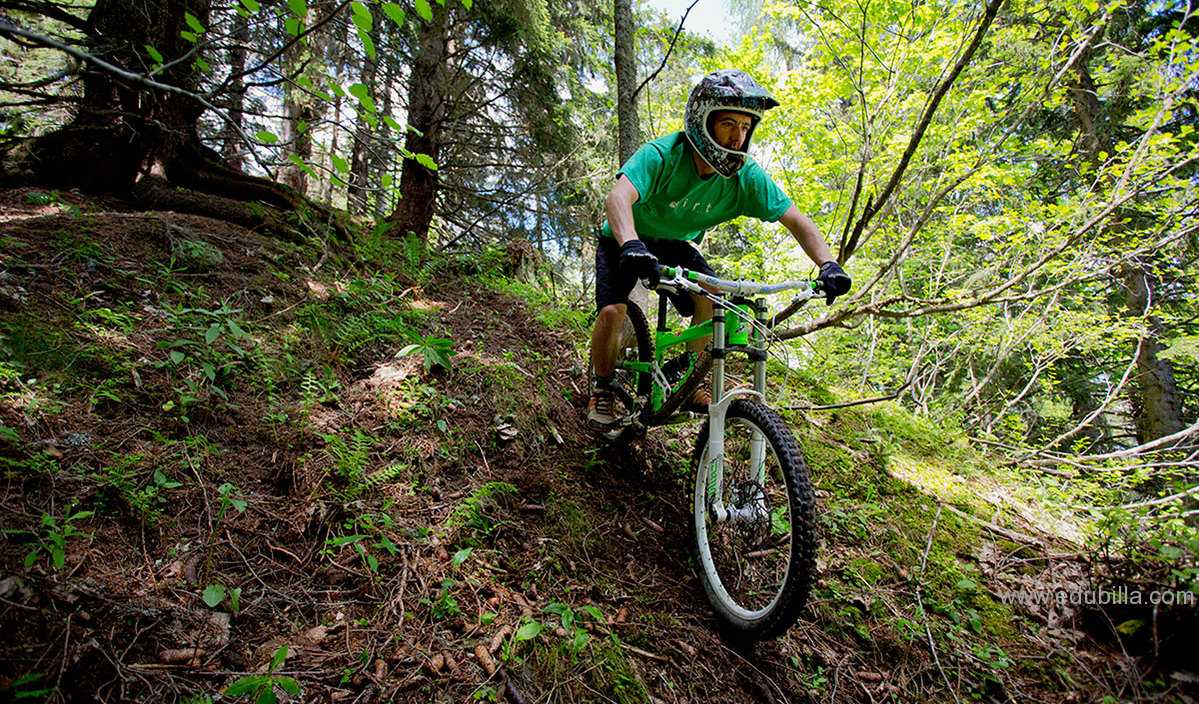 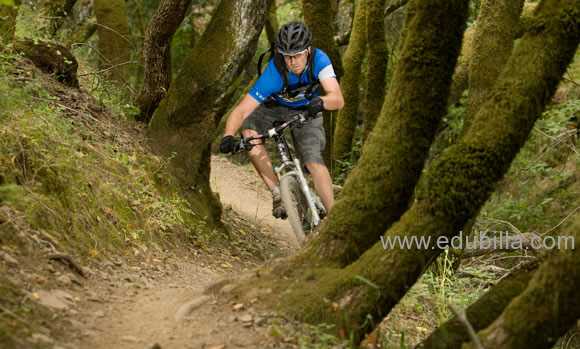 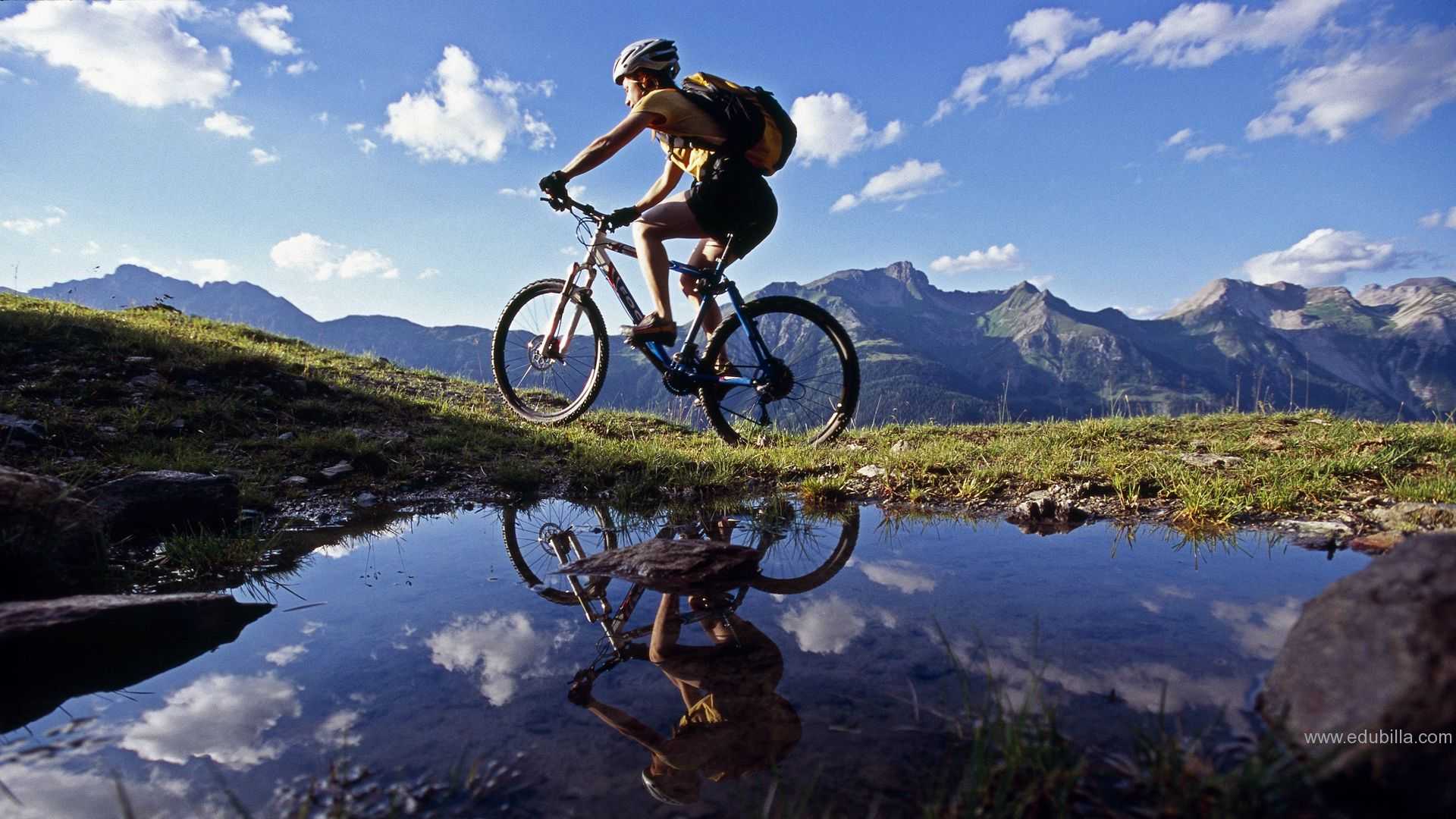 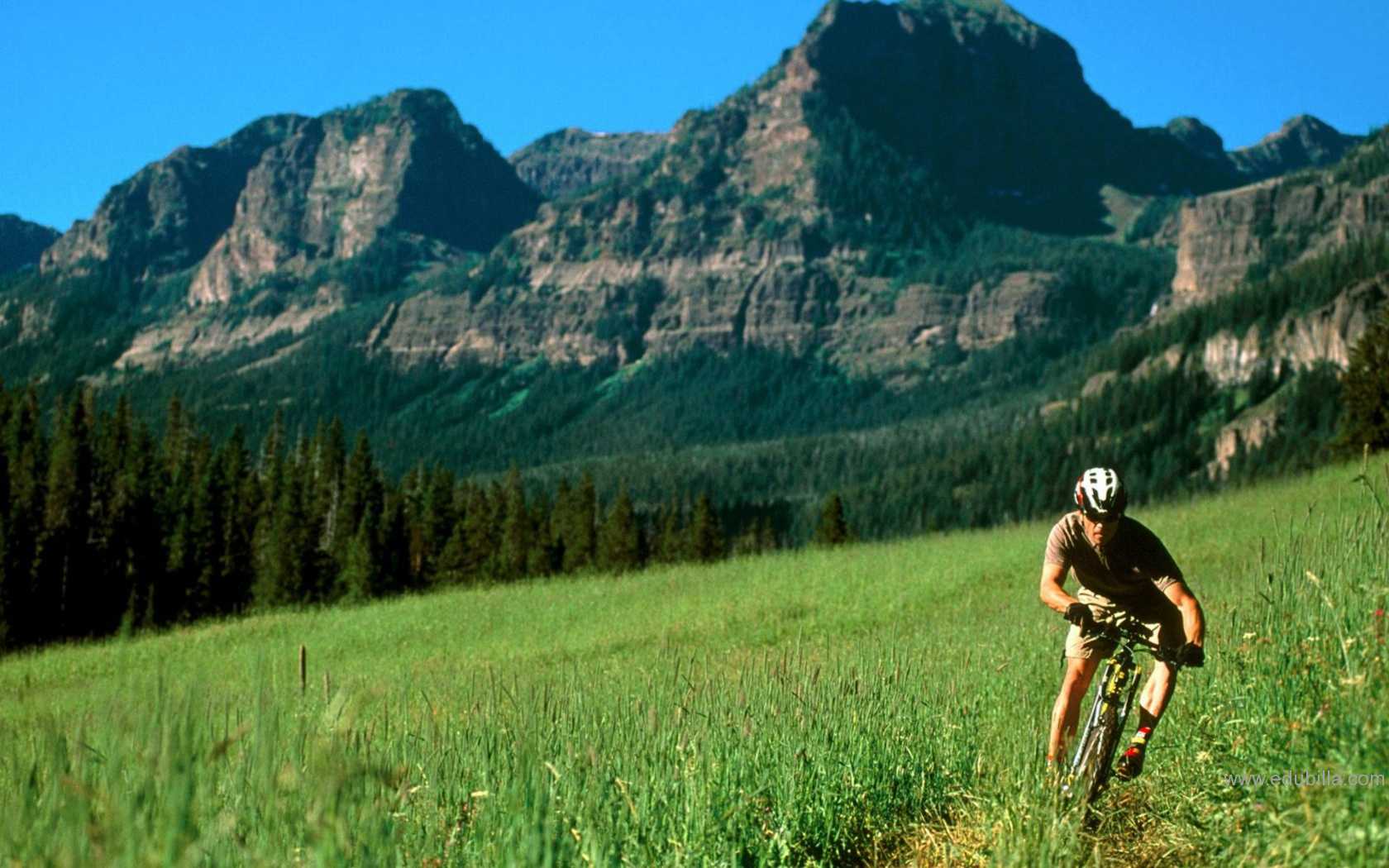 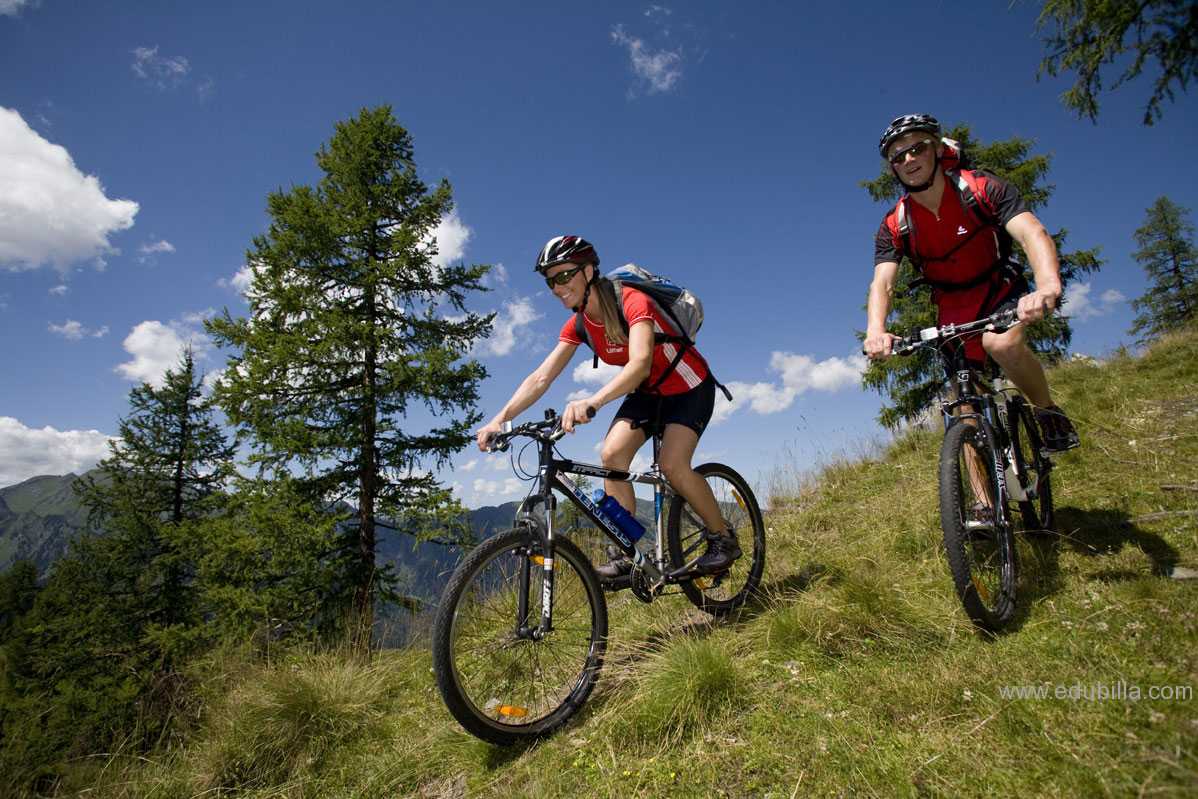 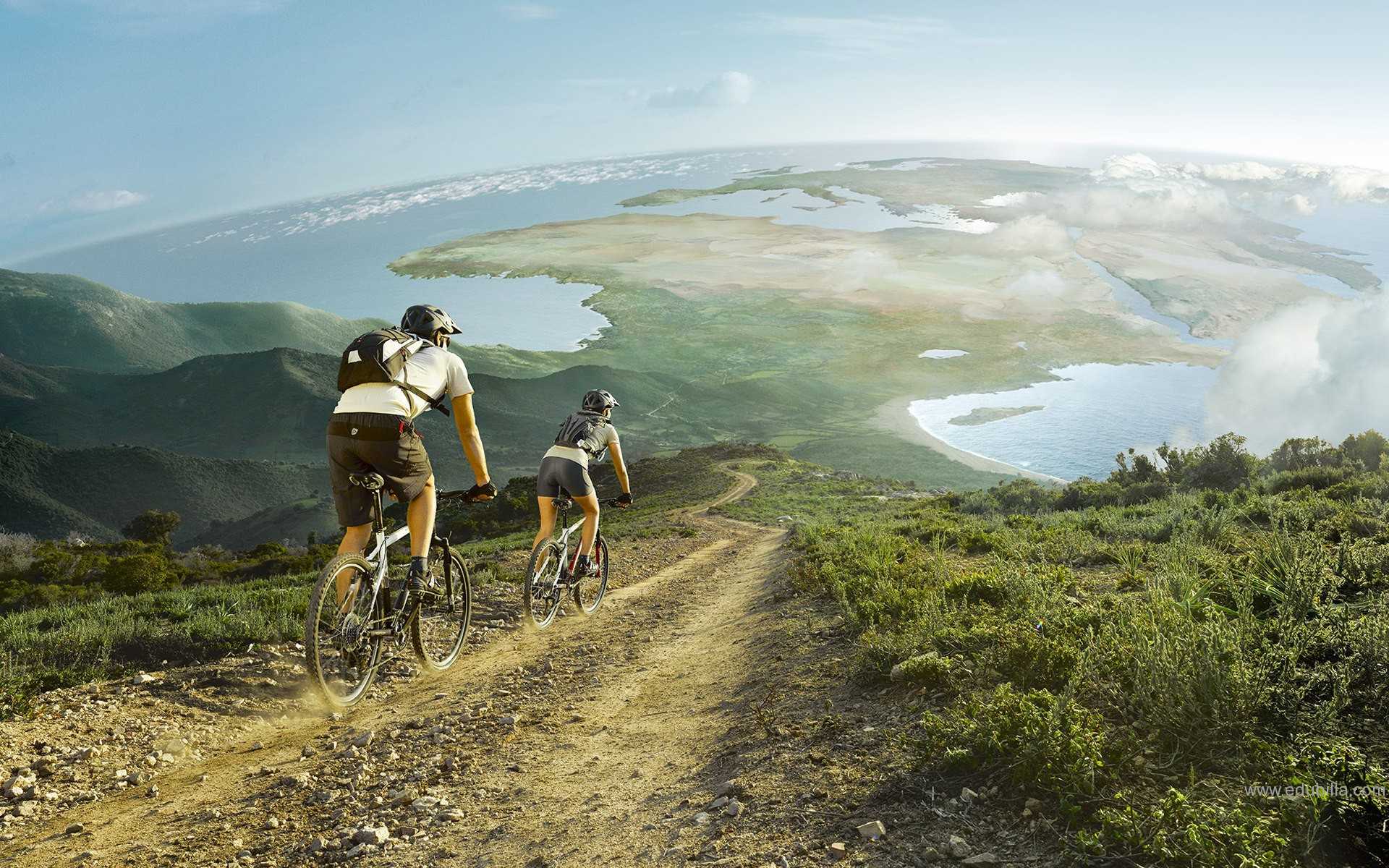 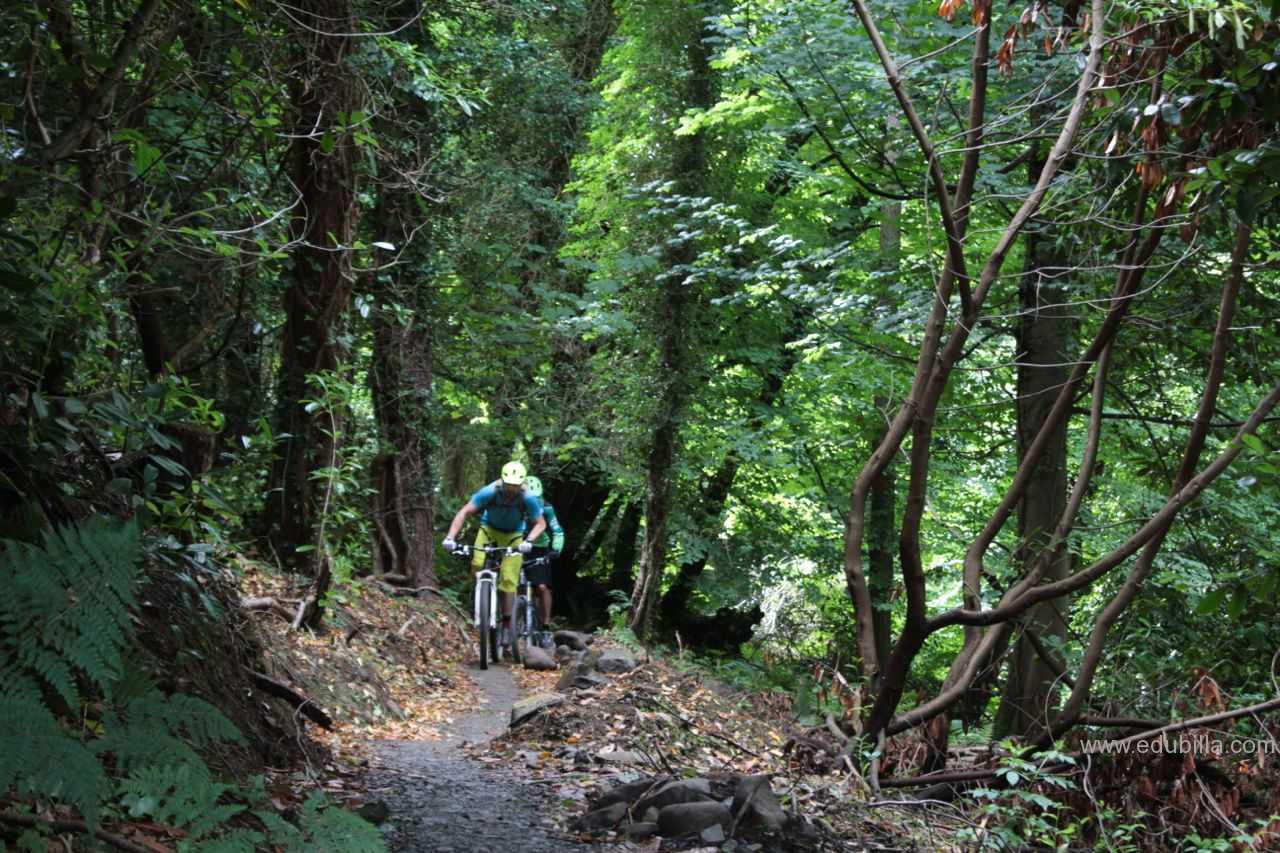 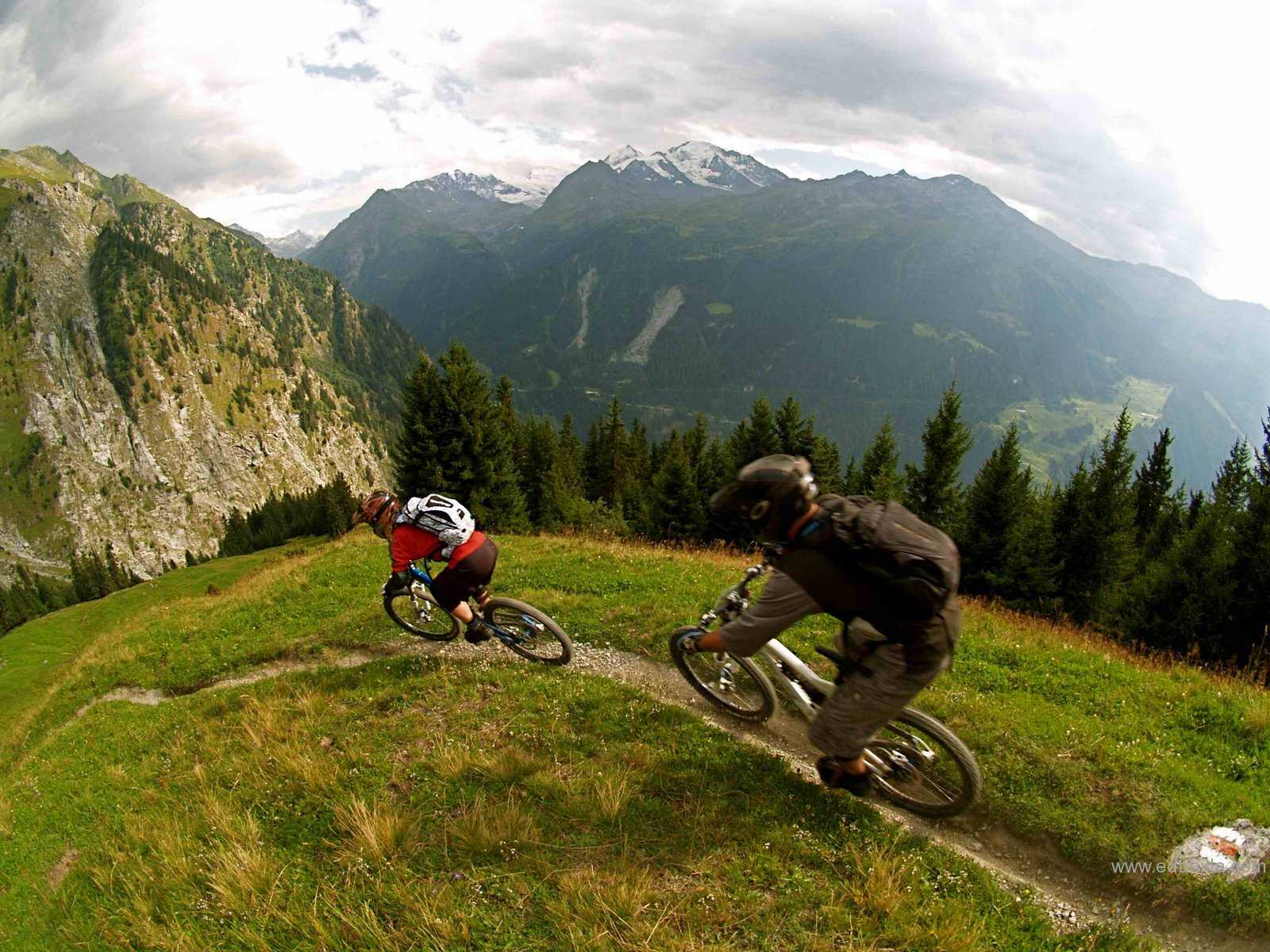 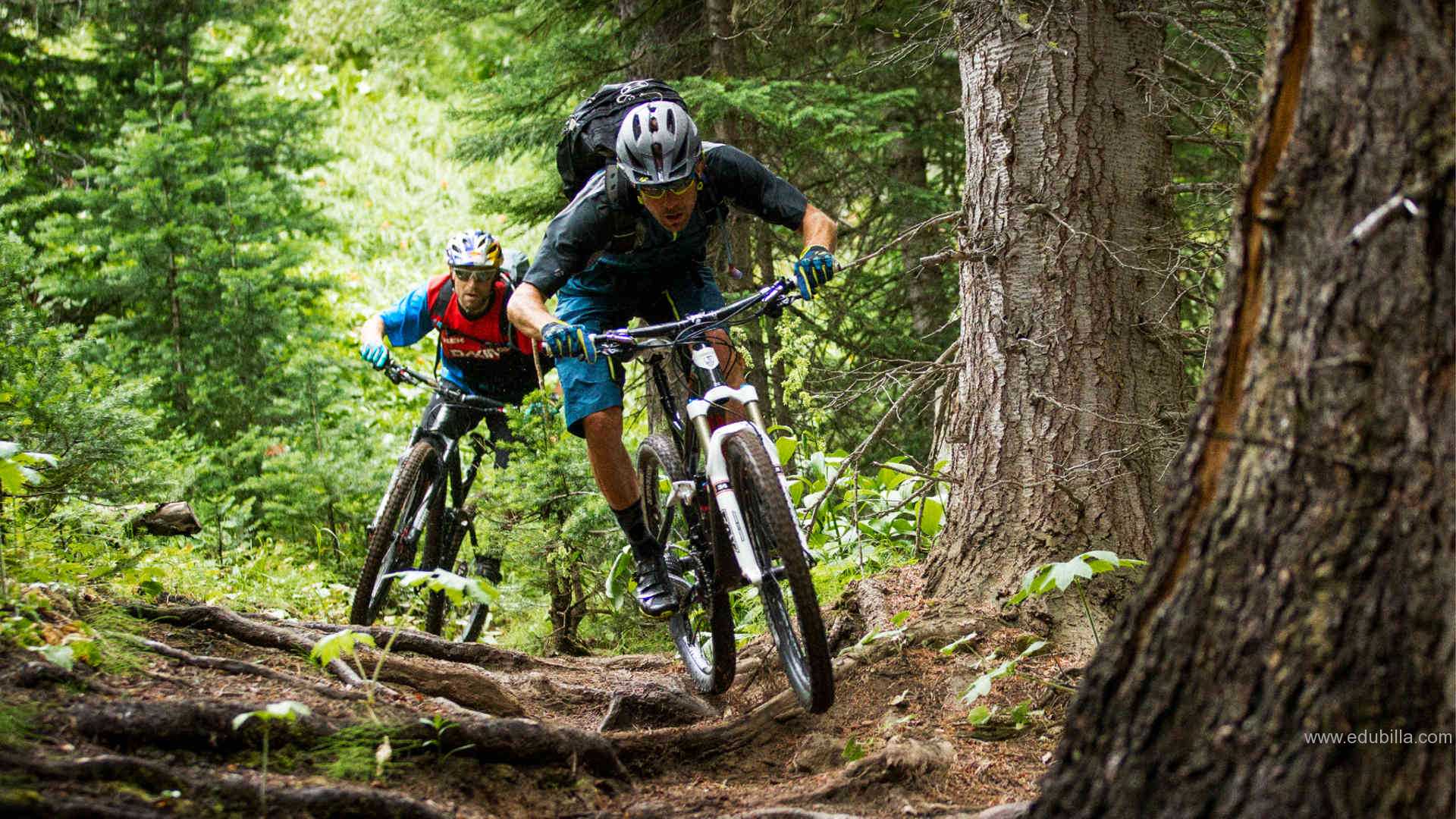 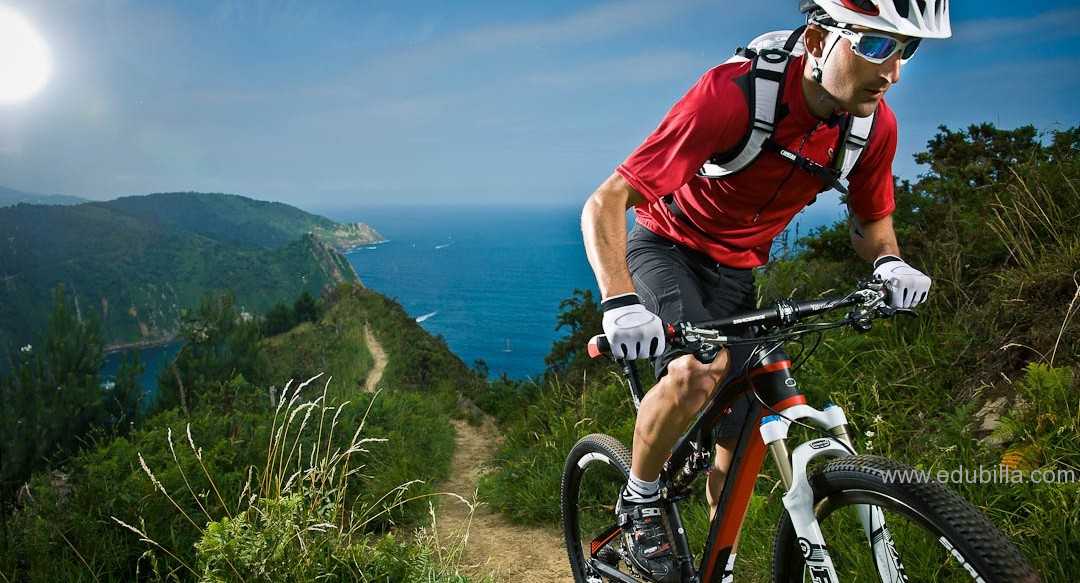 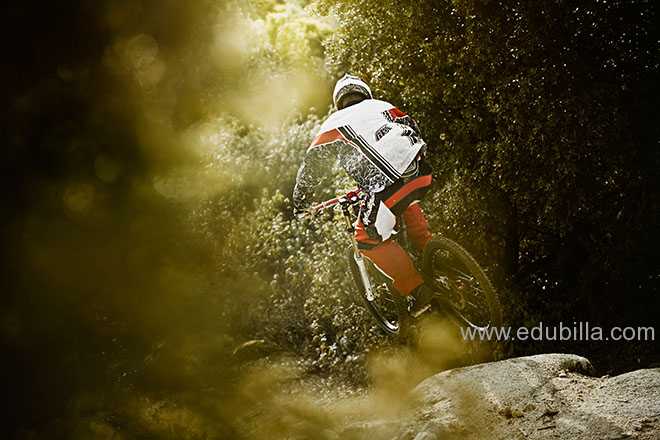 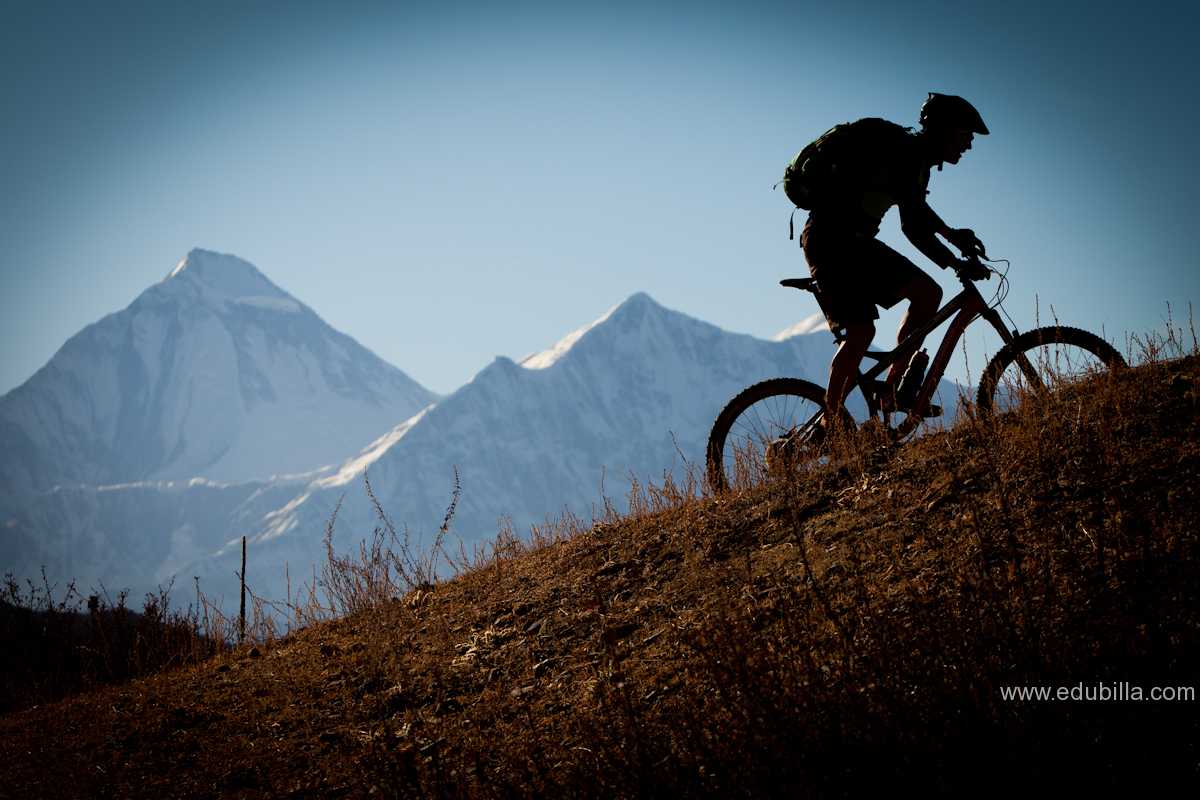 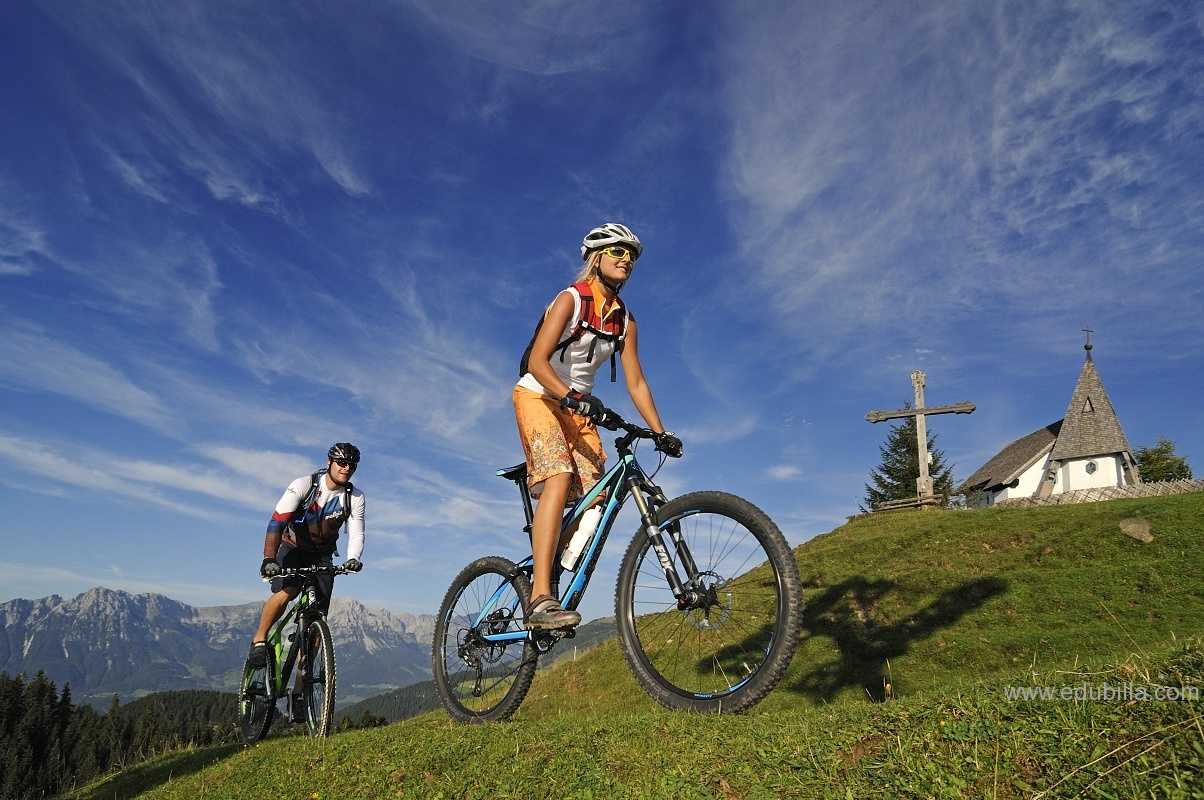 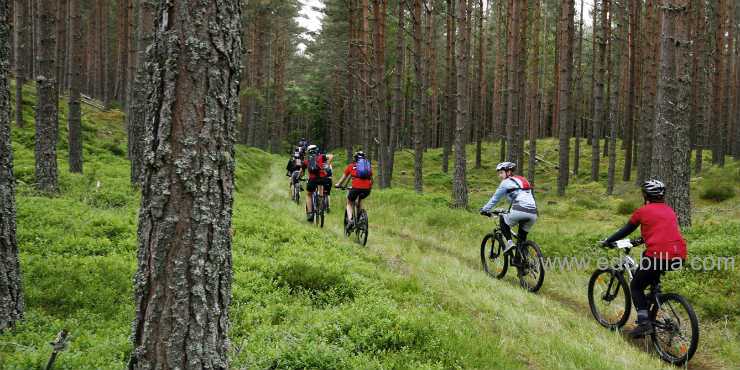 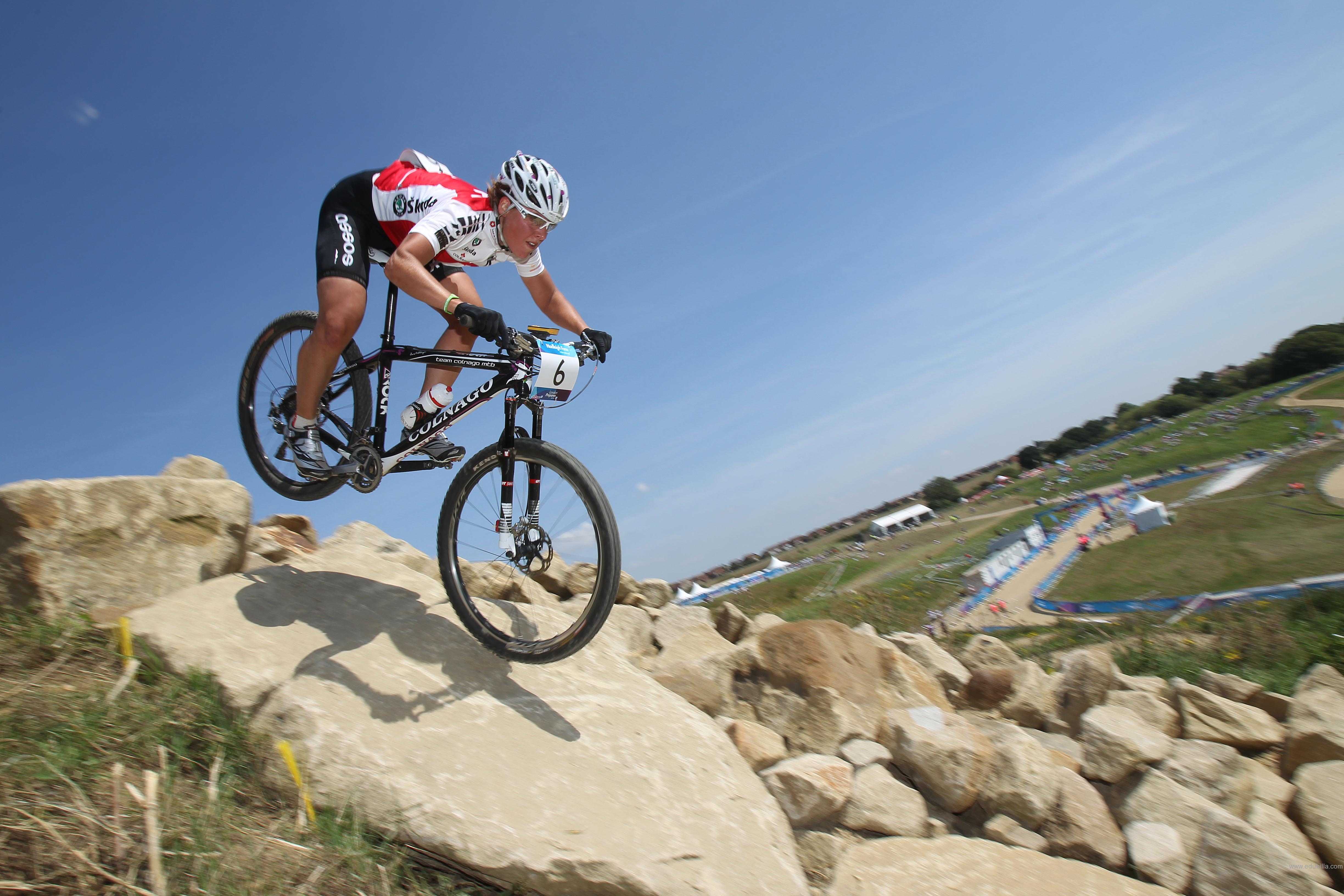 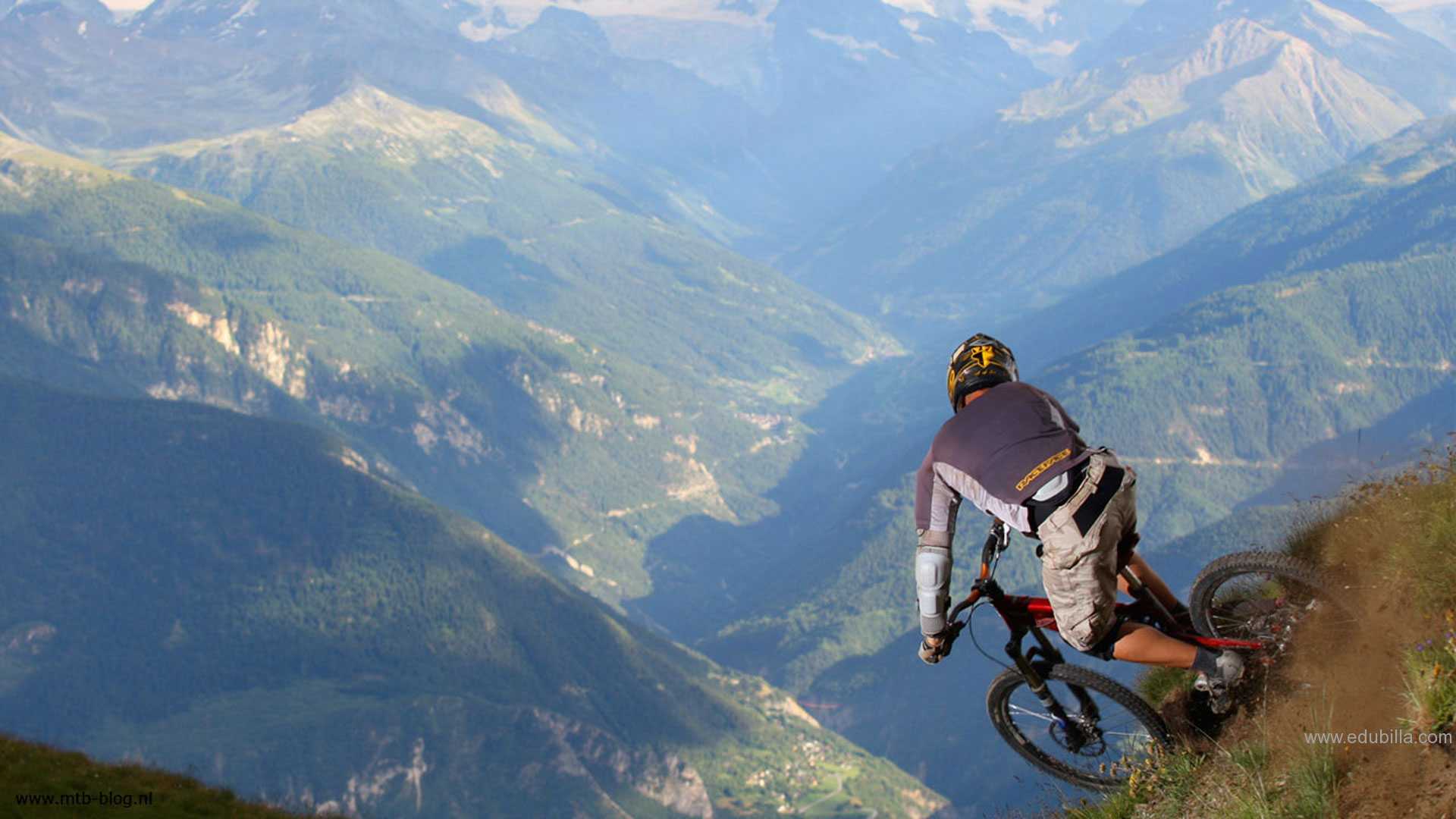