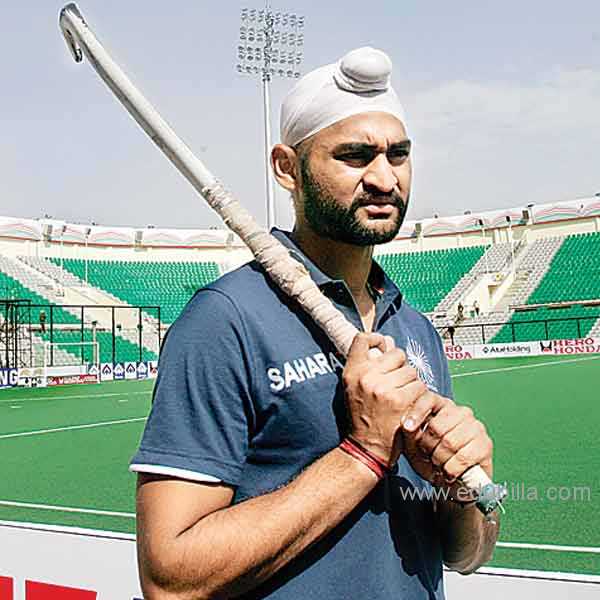 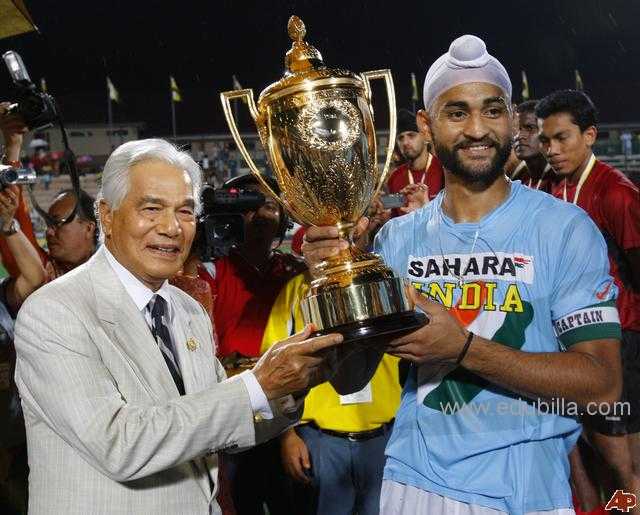 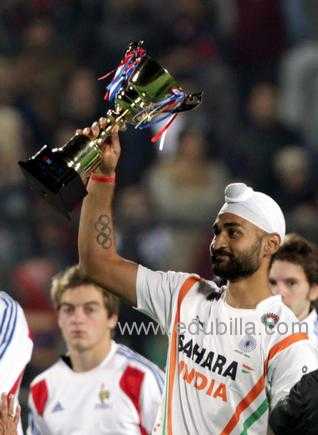 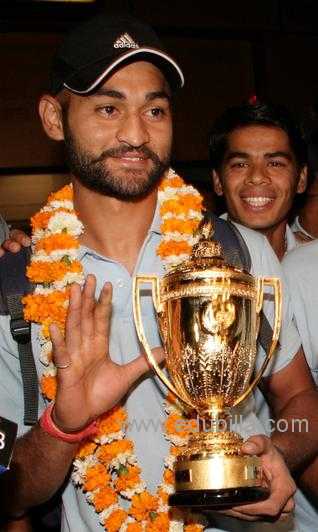 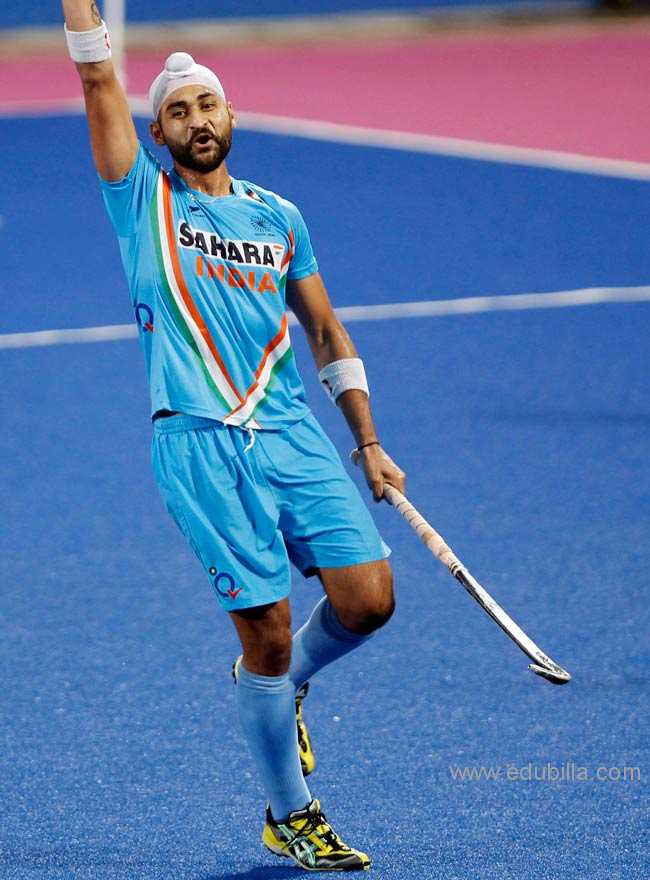 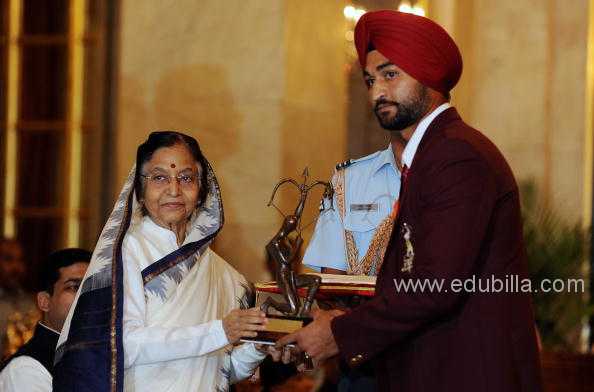 Sandeep Singh is an Indian sportsman who plays the game of hockey. He served as the captain of the Indian national team formerly.

Sandeep Singh was born on 1st February 1986 in Shahabad town in Kurukshetra in Haryana. His father’s name is Gurcharan Singh Saini and his mother’s name is Daljit Kaur Saini. He has one elder brother Bikramjeet Singh who is also a hockey player playing for Indian Oil.

Sandeep Singh is one of the top scorers in the Indian hockey team and the team was qualified for 2012 Summer Olympics in London by winning the France in the Olympic qualifiers. He scored five goals in that match including a hat trick.

When he was coming up in hockey, he met with an accident that crippled him for two years. He was injured in an accidental gunshot on 22nd August 2006 when he was going to join the Indian team to take part in the World Cup match in Germany two days after that. That incident caused him to be paralyzed and made him to stick to wheel chair for two years. Then slowly recovered back and again proved his prowess in the game and got a place in the Indian team.

Bronze medal in hockey in 2007 Champions Challenge held at Belgium