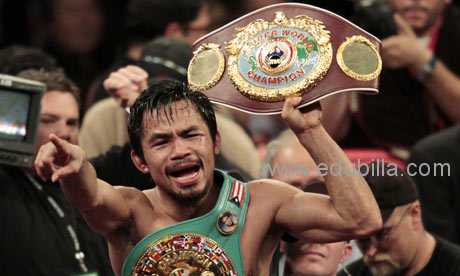 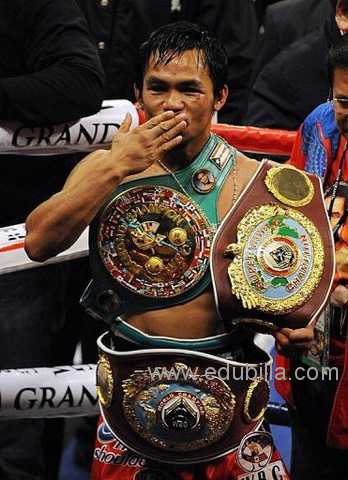 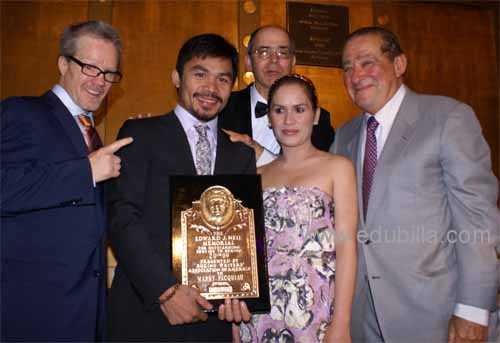 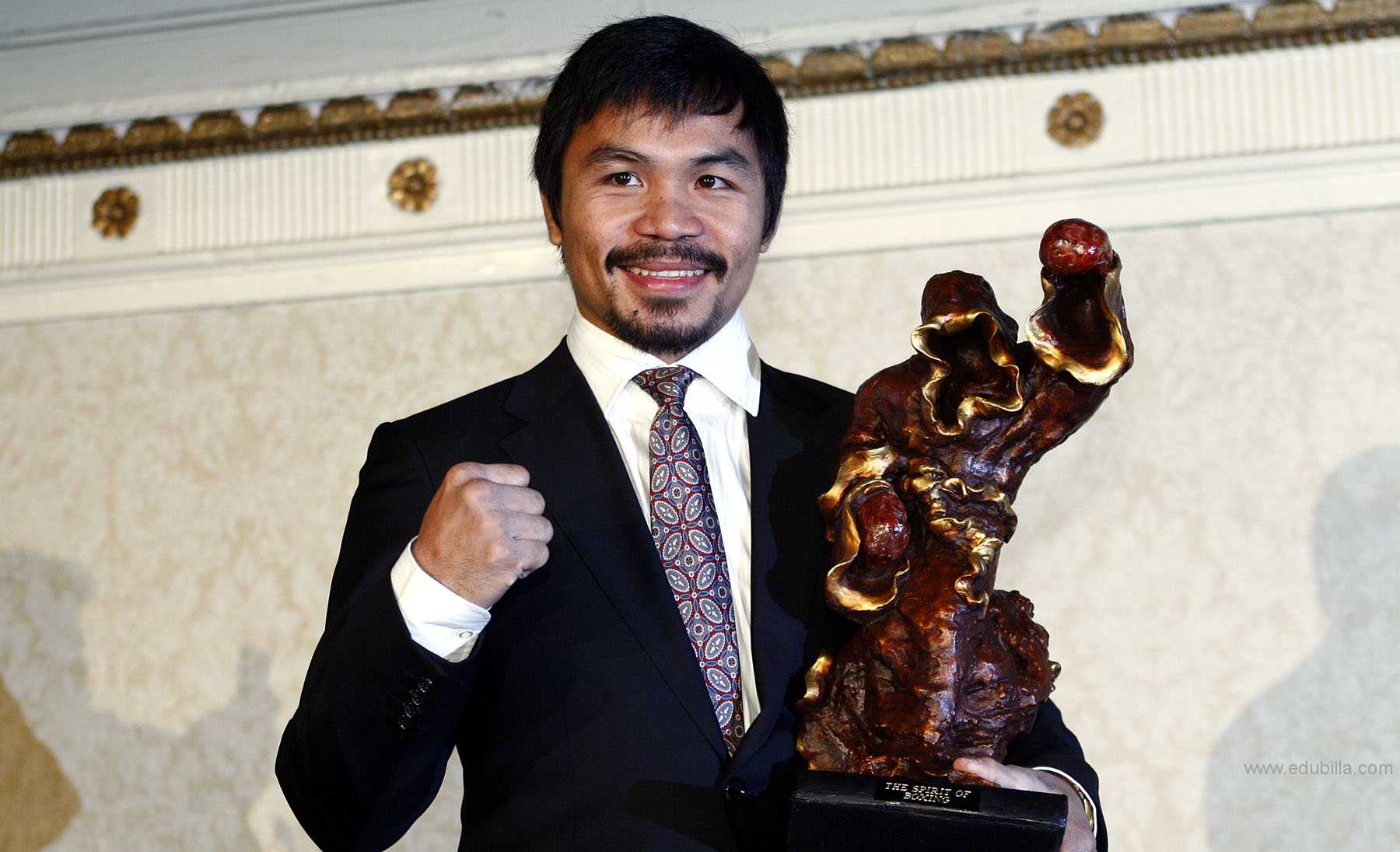 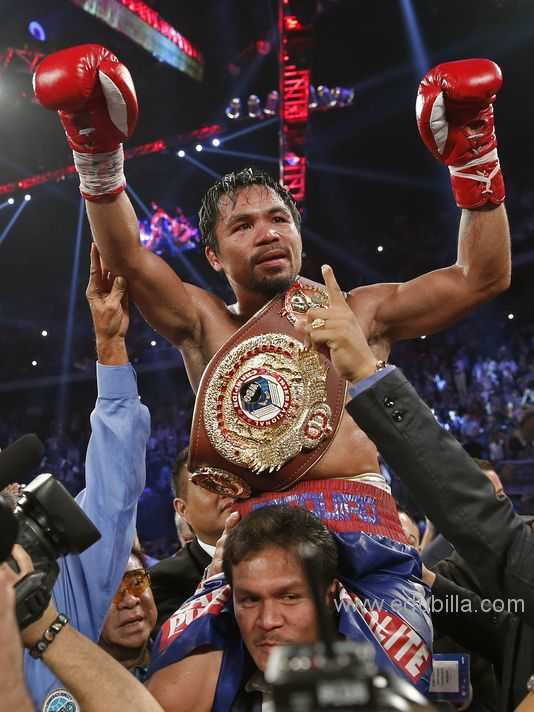 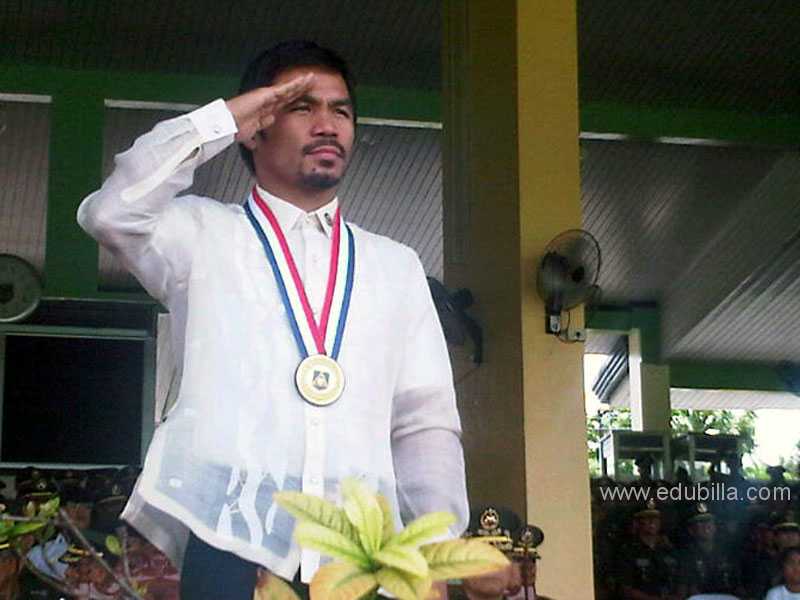 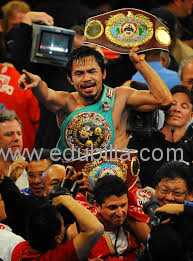 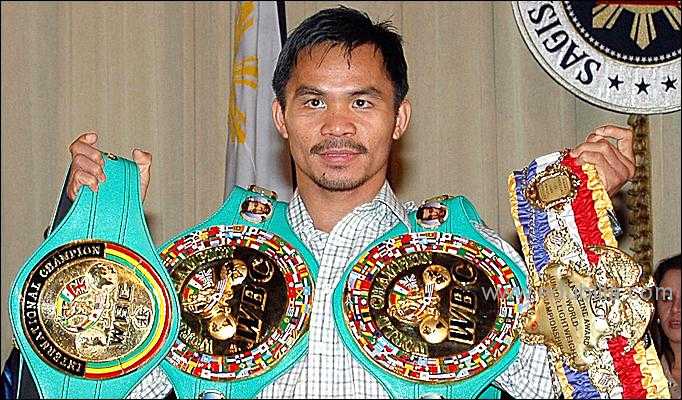 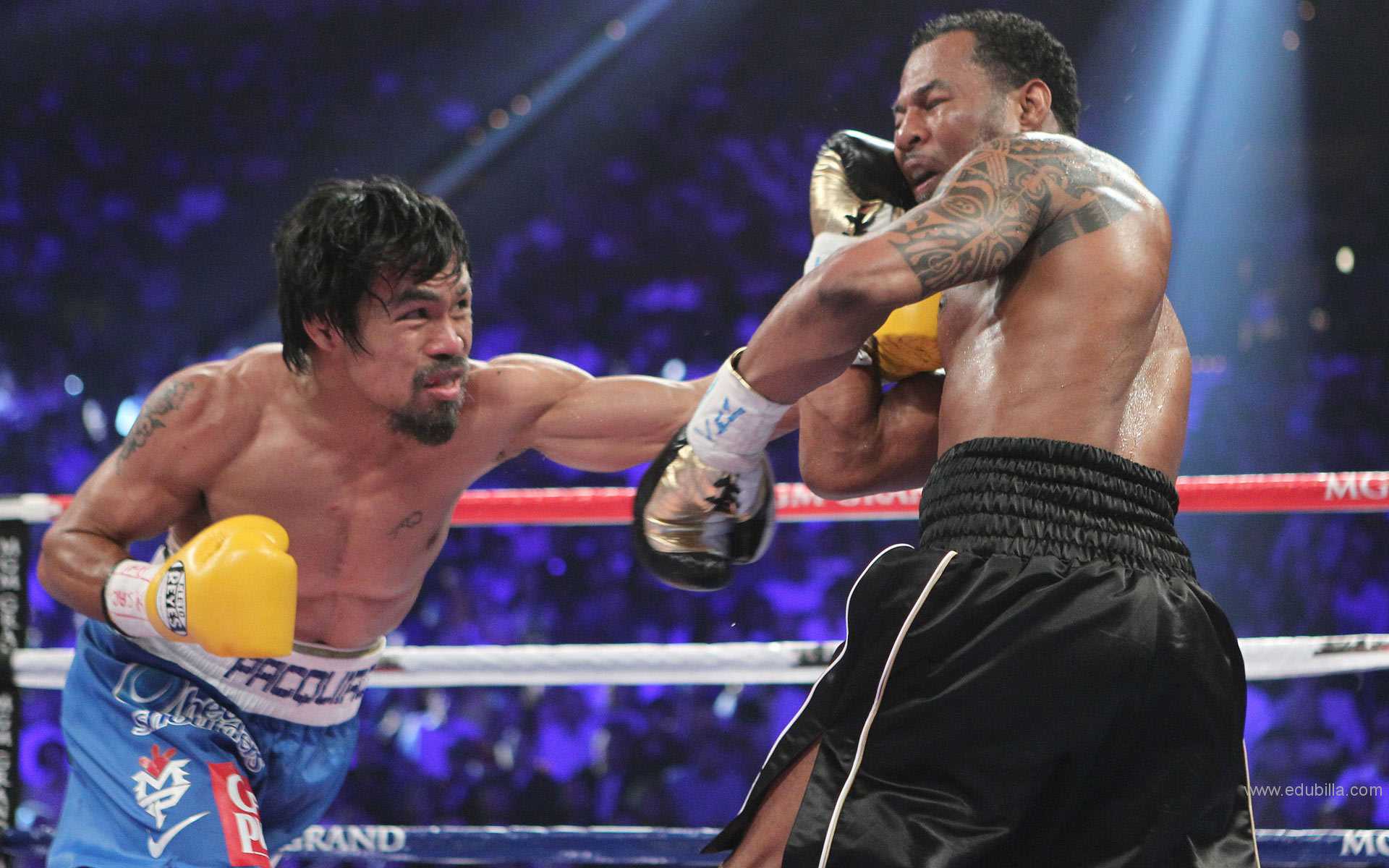 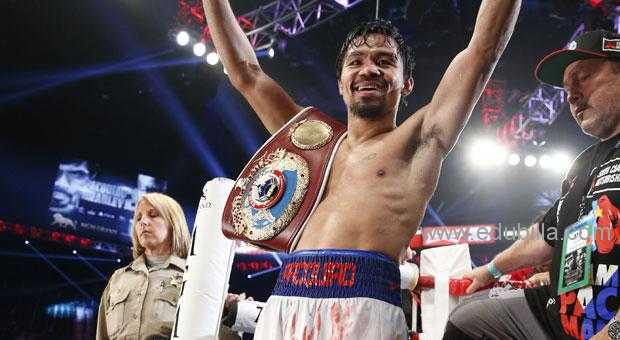 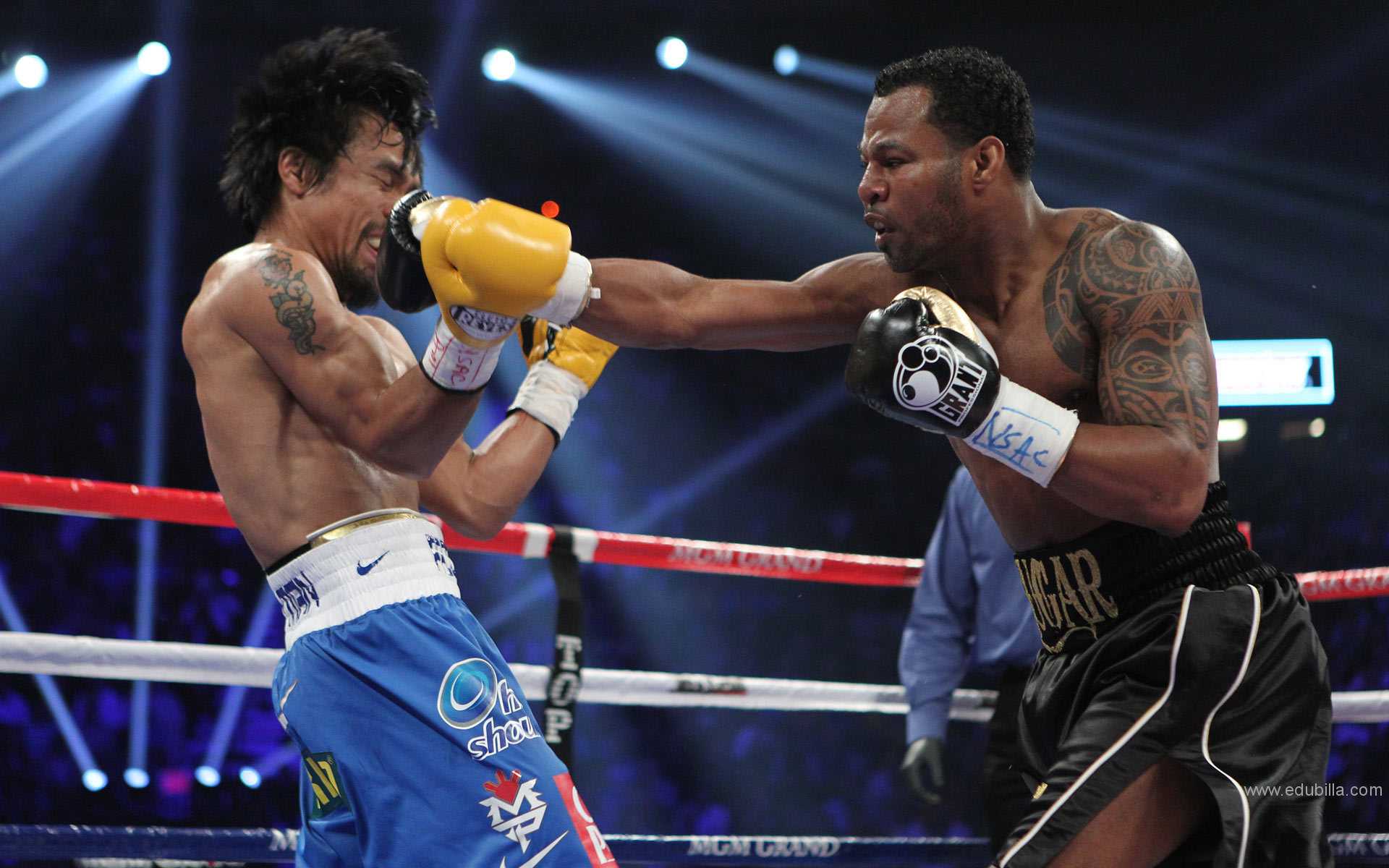 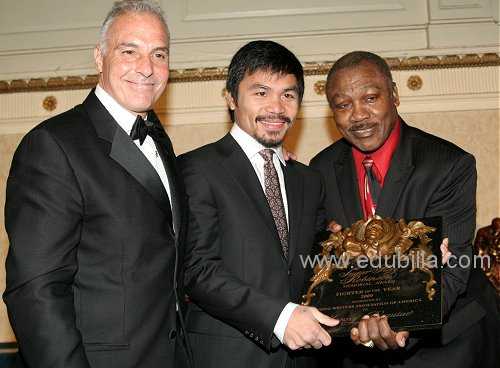 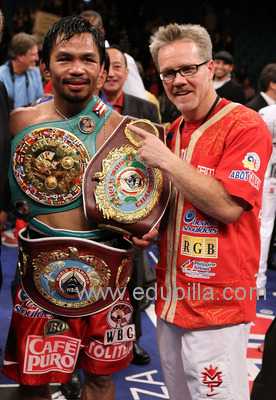 Emmanuel "Manny" Dapidran Pacquiao, PLH born December 17, 1978) is a Filipino world champion professional boxer. At 32 he was elected to the Philippine House of Representatives. He has also gotten involved in basketball,acting, and is a retired singer.

He is the first and only eight-division world champion, in which he has won ten world titles, as well as the first to win the lineal championship in four different weight classes.According to Forbes, he was the 14th highest paid athlete in the world as of 2013.

He is the current WBO welterweight champion and is currently ranked number three on The Ring pound-for-pound list.

He was long rated as the best pound-for-pound boxer in the world by some sporting news and boxing websites, including ESPN, Sports Illustrated, Sporting Life, Yahoo! Sports, About.com, BoxRec and The Ring from his climb to Lightweight until his losses in 2012.

Pacquiao, while mostly focused on being a boxer and a congressman, is listed as the head coach of the basketball team Kia Sorento. At 36, he also played 7 minutes of one of the team's games and is thus a professional basketball player. He was drafted onto the team that he coaches as 11th overall on the first round of the 2014 PBA draft by the Kia Sorento, making him as the oldest rookie drafted, as well as the shortest player and the first dual-sport athlete in the Philippine Basketball Association.Pacquiao also owns a team in the PBA Developmental League (PBA D-League), the MP Hotel Warriors.

At the age of 14, Pacquiao moved to Manila and lived for a time on the streets. He started boxing and made the Philippine national amateur boxing team where his room and board were paid for by the government. Pacquiao reportedly had an amateur record of 64 fights (60–4).

2000–2009 Boxing Writers Association of America Fighter of the Decade

2008 Sports Illustrated Boxer of the Year

2008 Yahoo! Sports Fighter of the Year

2009 Sports Illustrated Fighter of the Year

2014 PublicAffairsAsia HP Gold Standard Award for Communicator of the Year

2008 Philippine Legion of Honor with the rank of "Officer" (Pinuno)